This year’s annual waterbird survey by UNSW scientists coincides with concerns that the Murray-Darling Basin Authority is about to announce a cut to water allocations to the environment. 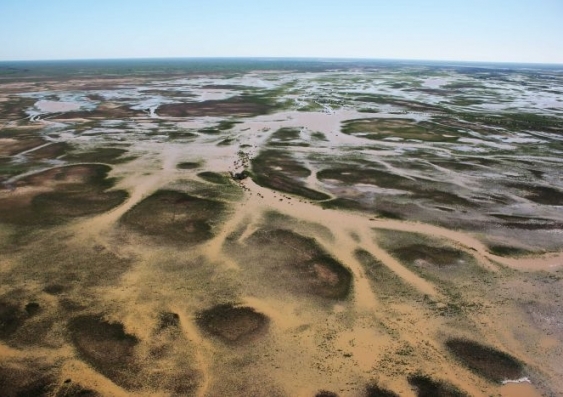 For hundreds of hours every spring, UNSW scientist Richard Kingsford presses his head against the window of a small plane and counts water birds to help monitor the health of the wetlands of eastern Australia.

This year’s annual National Waterbirds Survey – the 34th – has received widespread media attention, coinciding with concerns that the Murray-Darling Basin Authority is about to announce a cut to water allocations to the environment, in response to a review of the social and economic impact of its scheme.

Professor Kingsford, Director of the UNSW Centre for Ecosystem Science, told NSW Country Hour on ABC radio that any reversal of gains made to the environment could plunge basin communities back into uncertainty.

"I think we've got some redress of the impact of the development of these river systems," he said. "If we start going back to another development phase, I see it as a really problematic decision, on many fronts. On the environment, on socio economic and also on the cultural heritage front."

He told ABC Radio National Off Track program that the waterbird survey is difficult to carry out, due to the bucking of the plane.

“Sometimes we think of it as like being in the spin cycle in a washing machine, on those really bad days when there's a 20 or 30-knot wind.”

He told Fairfax Media that despite record winter rains, waterbird numbers are down in the Macquarie Marshes: “There were more than 100,000 pairs before irrigation. Now it might be only 30,000 nesting pairs.”

He likens the marshes to an ill patient. “It’s obviously still an incredible place but not the same as it used to be. The extra flows got it ICU, but it will remain compromised without its lifeblood – water," he said.

To conduct the survey, Kingsford and his team fly in a small plane along ten east-west bands that stretch from the northern territory to Victoria. They observe about 2000 wetlands and estimating number s of more than 50 species of waterbirds including swans, ducks, herons and small migratory shorebirds.

The survey covers a third of the continent and provides one of Australia’s most important long-term datasets on the health and biodiversity of the country’s river areas. 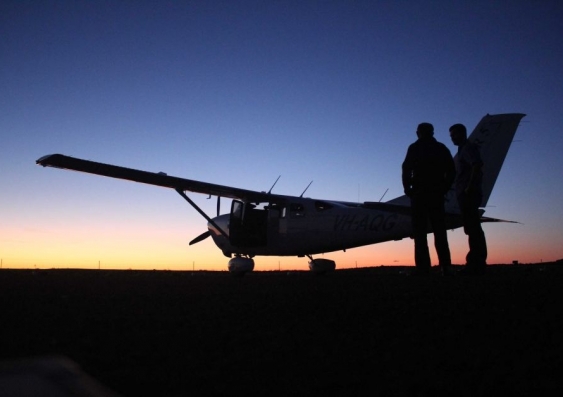 The scientists at dawn, ready for a day of bird counting. Image: Richard Kingsford