When the curious mind is stimulated, everyone from school kids to the elderly learn and remember more no matter the subject matter, UNSW psychology research fellow Amy Reichelt tells The Conversation. 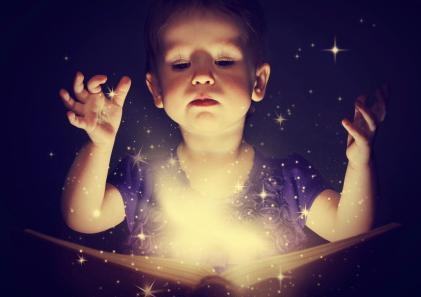 The more curious we are about a topic, the easier it is to remember not only information about that topic, but also other unrelated information shown at the same time. A study published today in Neuron shows what happens inside our brains when our curiosity is sparked.

Participants in the study were asked to rate how curious they were to find out the answer to a specific trivia question, such as: “What does the term ‘dinosaur’ actually mean?”

The participants were then placed in a magnetic resonance imaging (MRI) machine that measures brain activity, based on changes in blood flow when the brain is performing certain tasks.

The participants saw the trivia question again followed by the image of a person’s face and were asked to make a specific decision about the person. Finally, they were shown the answer to the trivia question, in the dinosaur case “terrible lizard”.

After the MRI scan the participants completed a surprise test on the answers to the trivia questions and also on their ability to recognise the faces shown during the scan. The curious mind is a vortex for information

Firstly, when people are curious to learn the answer to a question they are better at learning that information – not only in the very short term but also after a 24 hour delay. Most surprising though was that participants had greater recall of the completely unrelated information – such as the face – shown at the same time.

It seems that in the curious mind, more information is taken in no matter the subject.

“This shows that when the brain is engaged more, by making a task relevant and interesting, people learn more,” said Amy Reichelt, psychology research fellow at University of New South Wales.

Fiona Kumfor is a research officer at Neurosceience Research Australia and her work focuses on how emotional feelings you experience during an event determine whether that event is likely to be remembered.

She says that the work in this Cell study agrees with her findings and confirms that other motivational states, such as curiosity, also influence whether information is likely to be remembered.

“Importantly, this paper reveals that like emotion, curiosity does not only determine whether the information of interest will be remembered, but it may also influence memory for extraneous/incidental information present at the time,” she said.

Behavioural neuroscientist Jee Hyun Kim, head of the Developmental Psychobiology Lab at Melbourne’s Florey Institute of Neuroscience and Mental Health, said more could be done to see whether the different levels of curiosity and different motivations from person to person have an impact on memory and learning.

“Finding such relationship, and how such intrinsic vs extrinsic motivations may change due to neurological disorders, will have more important practical implications.”

Dr Kumfor adds that research into extrinsic rewards on memory is an important research area.

“So providing additional external rewards, when an individual is already self-motivated is unlikely to have any extra benefit on memory.

“External rewards, however, may be useful if the subject matter to be learned is less interesting, and doesn’t have any inherent motivation”

Dr Reichelt said the implications of this new research lie in both medicine and education.

“Stimulating curiosity is really important across all ages, from schools, to the workplace and to elderly care,“ she said.

“In patients with neurological disorders such as Alzheimer’s or dementia, carrying out engaging tasks can help people remember things that are important, and also encourage new learning.

“[For] children who may be struggling to learn and become frustrated. Stimulating curiosity before learning in an educational setting can enhance incidental learning and also increase the motivation to learn.”