Opinion Curious Kids: Where did the first person come from?

Darren Curnoe answers the question: Where did the first person come from? 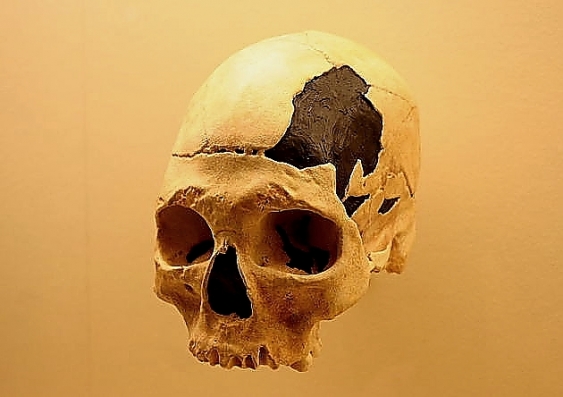 This is an article from Curious Kids, a new series for children. The Conversation is asking kids to send in questions they’d like an expert to answer. All questions are welcome – serious, weird or wacky!

Where did the first person come from? – Maeve, age 8, Adelaide.

What an awesome question, Maeve! It’s one that has stumped many scientists over the years. And that’s because it’s a surprisingly tricky question to answer.

Why, I hear you ask?

Well it kind of depends on what you mean by a person. It might seem obvious to us today what we mean by a person. You, me, or mum, your teacher at school, or the people you might meet while holidaying overseas.

We’re all people, which means that from the point of view of science we all belong to the same species.

Scientists give scientific names to all species. These labels make it easier for us to communicate with each other and to make it clear exactly which species we are talking about. The honey bee, for example, is called Apis mellifera, while a rose is named Rosa gallica.

Our species has the name Homo sapiens which means the “wise person”. (There are other species of human, like Neanderthals, but I’m going to talk here about Homo sapiens because that’s what we are - that’s what I mean by a person).

So, all of the people alive today belong to the species Homo sapiens. And, as we travel back in time, archaeologists have found bones from people belonging to our species which are at least 200,000 years old.

To me, that’s an unimaginable amount of time, but we also know that it’s just a tiny fraction of the time that the Earth has existed (which is about 4.5 billion years). This actually makes us a very young species compared to most of the millions of other species alive on the planet today.

The skeletons of these very early people have been found by archaeologists in places like Morocco in North Africa, Ethiopia and Kenya in East Africa, and in South Africa.

So, one answer to your question is to say that the first person came from Africa around 200,000 years ago.

But here’s where it starts to get a little bit tricky.

The first person wasn’t alone of course, but lived in a small group of perhaps a couple of hundred people. So its probably better to think about the “first people” rather than the “first person” who lived in Africa all of those years ago.

These very ancient people are all members of our large extended family and they are the ancestors of everybody alive today.

They slowly spread across Africa, living in every nook and cranny they could during the first 100,000 years that our species was around. They settled down by the coast, in the mountains, and eventually even in the desert.

But by about 70,000 years ago, a small group of them left their African homeland and spread out across the rest of the planet, setting up home in Asia, Australia, Europe, and eventually in the Americas.

Animated map showing how early humans migrated across the globe.

So, the very first Asian person, or the first Aboriginal Australian person, the first European, or first Native American, all descend from these African people who spread out from Africa around 70,000 years ago.

This means that for every person alive today, no matter our ancestry, it’s fair to say that we are all Africans! Our species first began in Africa and the ancestors of all of us alive, no matter where we live today, are Africans.

Hello, curious kids! Have you got a question you’d like an expert to answer? Ask an adult to send your question to us. They can:

Please tell us your name, age, and which city you live in. You can send an audio recording of your question too, if you want. Send as many questions as you like! We won’t be able to answer every question but we will do our best.

Darren Curnoe is Associate Professor and Chief Investigator, ARC Centre of Excellence for Australian Biodiversity and Heritage at UNSW