In a case of sophisticated scientific sleuthing, a UNSW researcher has helped pin down the source of an unprecedented outbreak of streptococcal disease in China. 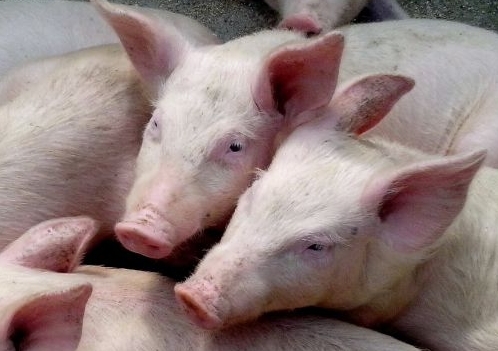 In a case of sophisticated scientific sleuthing, a UNSW researcher has helped pin down the source of an unprecedented outbreak of streptococcal disease in China.

More than 200 people became ill and 39 died in the Chinese province of Sichuan in June 2005 from infection with a highly virulent strain of the bacterium Streptococcus suis, which is found in pigs.

Inhabitants of 12 cities were affected, making it the world’s largest and most geographically widespread outbreak of this disease.

“The source of the deadly strain that caused the outbreak was unknown until now,” says Associate Professor Ruiting Lan of the UNSW School of Biotechnology and Molecular Sciences.

“Our research shows it developed in piglets raised by commercial breeding companies, which were then distributed to hundreds of individual backyard farmers across the province who slaughtered the grown pigs in their backyards and became infected.”

The study, by a team including Associate Professor Lan and Professor Jianguo Xu from the Chinese Centre for Disease Control and Prevention in Beijing, is published in the journal Emerging Infectious Diseases.

S. suis is common in pigs, and sporadic cases of people becoming infected through close contact with the animals or pig products occur around the world.

To solve the molecular mystery of why the 2005 outbreak was so large scale, the researcher used genome sequencing and evolutionary dating to examine more than 90 samples of the bacterium from patients and diseased pigs.

They found the deadly strain had evolved by the end of 2004, suggesting that the piglets were infected in the industrial-scale breeding facilities in Sichuan, before the farmers bought them and spent six months fattening them up for consumption.

The team also studied the distribution of people affected by the June 2005 outbreak, showing they lived along major roads and highways where the commercially bred piglets would have been transported and sold.

“To increase pork production, companies used imported pig breeds rather than local ones and then supplied the infected piglets widely to farmers who raised them under poor hygienic conditions in their backyards. This combination of practices created a major threat to public health, significantly increasing the risk of a very large disease outbreak.”