Opinion Did humans evolve in Europe rather than Africa? We don’t have the answer just yet

New claims that humans evolved in Europe rather than Africa need to be treated with a good deal of caution, writes Darren Curnoe. 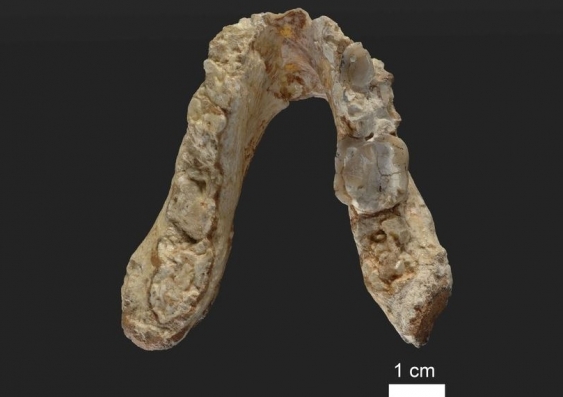 OPINION: Charles Darwin believed that humans had evolved in Africa because that’s where our closest ape relatives the chimpanzees and gorillas live. And during the twentieth century he was vindicated through a combination of fossil and genetic discoveries.

While our place in the tree of life is now well established – chimpanzees being our closest relatives – the beginning of the human line millions of years ago continues to be shrouded in mystery.

The point of focus here is on two main questions: Precisely when did the human branch begin? And how would we recognise the earliest members of our kind from fossil bones? These two questions are clearly interdependent and surprisingly difficult to answer.

The problem for us is that many of the features that distinguish living humans from chimpanzees today either don’t fossilise or evolved way too recently to help with sorting out the early fossils. There are a few important exceptions though: our two-footed locomotion (‘bipedalism’) accompanied by upright posture, and a range of peculiarities of the teeth like a small canine, fewer numbers of roots in our premolars and very thick molar enamel.

But even these features aren’t always as straight forward as we’d like to think. As we shall see.

Can DNA helps us out here? Sadly not. Geneticists can’t agree on when the split occurred, with estimates ranging from 4 million to 12 million years ago. This leads many of us fossil boffins to conclude that genetic clocks simply aren’t up to the task.

Debate today about the separation of humans and chimpanzees focuses on the period 5 million to 7 million years ago. This is because there are a number of fossils from this time in East and Central Africa that may fit the bill as being the earliest members of our evolutionary group.

Three species have been hotly debated since they were first discovered, beginning in the 1990s: Ardipithecus kadabba unearthed in Ethiopia, Orrorin tugenensis found in Kenya and Sahelanthropus tchadensis from Chad.

These species are especially compelling candidates because there’s a large number of bony features demonstrating bipedalism and various human-like dental traits. The cranium of Sahelanthropus even resembles members of genus Homo in several respects, which is a real surprise.

Then there are two fragments of bone from Kenya known about since the 1960s and 1980s which are at least 5 million years old. The jaws from Lothagam and Tabarin show similarities especially in their teeth to later members of the human line, but are too poorly known to provide anything firmer.

So Africa seems to be settled as the place where we first evolved right? Wrong! New research out this week in the journal PLoS One suddenly throws a spanner in the works about where we split from the apes.

A team led by Jochen Fuss of the Senckenberg Centre for Human Evolution and Palaeoenvironment claims to have found evidence that a roughly 7 million-year-old ape named Graecopithecus might actually be the oldest member of the human branch found so far.

But here’s the catch: it’s from Europe not Africa! Well, Greece to be precise.

Some anthropologists will be throwing their hands in the air proclaiming ‘not again!’ And their minds will be turning to the ferocious debates we once had over similar claims made about two other fossil apes: Ramapithecus and Oreopithecus.

Ramapithecus from northern India has become rather infamous in the annals of palaeoanthropology as the ape once thought to be human that pushed our origins back to 14 million years ago.

I won’t go into too many details here – you can read about it for yourself – but it was through a combination of the genetic clock (ironically) and new fossil discoveries that its claimed human status was blown out of the water after two decades of vociferous debate. It turns out to have been a kind of orangutan.

Then there’s Oreopithecus from Italy, also dated around 7 million years old, which is oddly human-like. It shares with early African fossils and living humans features we would normally associate with bipedalism. Yet the remainder of its skeleton shows clearly that Oreopithecus is not very human like and is unlikely to be related to us at all.

The similarity of Oreopithecus to humans is a great example of parallel evolution, a common enough phenomenon that distorts the true evolutionary signal.

All of this points to why the new claims about Graecopithecus need to be treated with a good deal of caution. First, there is only a single jaw and one isolated tooth to go on. Second, its human status is being judged from only a single feature, the configuration of the premolar tooth roots.

I’m open to the idea that early humans lived beyond Africa, but Graecopithecus falls well short of proving it. Ramapithecus and Oreopithecus should surely have taught us a thing or two about the dangers of exuberant enthusiasm?

Darren Curnoe is Chief Investigator at the ARC Centre of Excellence for Australian Biodiversity and Heritage, and the Director of Palaeontology at the Geobiology and Earth Archives Research Centre at UNSW.