Dine with a light eater if you want to consume less

How much food your dining companion eats can have a big influence on how much you consume, a UNSW-led study concludes. 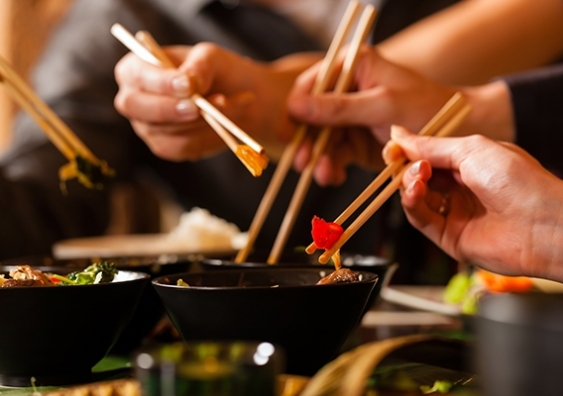 How much food your dining companion eats can have a big influence on how much you consume, a UNSW-led study concludes.

This psychological effect, known as social modelling, leads people to eat less than they normally would if alone when their companion consumes a small amount of food.

Study lead author, Associate Professor Lenny Vartanian of the UNSW School of Psychology, says that in social situations the appropriate amount of food to eat can be unclear.

“Internal signals like hunger and feeling full can often be unreliable guides. In these situations people can look to the example of others to decide how much food they should consume,” he says.

Associate Professor Vartanian and his colleagues analysed the results of 38 studies in which the amount of food that people ate in company was measured. The results are published in the journal Social Influence .

“The research shows that social factors are a powerful influence on consumption. When the companion eats very little, people suppress their food intake and eat less than they normally would if alone,” he says.

“If the social model eats a large amount, people have the freedom to eat their normal intake, or even more if they want.”

The effect is observed in many different situations: with healthy and unhealthy snack foods, during meals, when the diner has been deprived of food for up to day, and among children, and it occurs independent of people’s body weight.

“It even occurs when the companion is not physically present and diners are simply given a written indication of what that other person ate,” says Associate Professor Vartanian.

The effect appears to be stronger in women than men, and this may be because women tend to be more concerned about how they are viewed by others when they are eating.

“Or the explanation could be more mundane, that undergraduate males participating in the research are over-enthusiastic about an offer of free food,” he says.

The research shows that the modelling effect is stronger in older children than in younger children, which also suggests that relying on external rather than internal cues for how much to eat is a learnt behaviour.

“Media reports usually focus on how portion size affects how much we eat, but this modelling effect deserves as much attention, because of its big impact on people’s ability to regulate their intake of food,” says Associate Professor Vartanian.

‘The disease of kings?’ 1 in 20 Australians get gout — here’s how to manage it