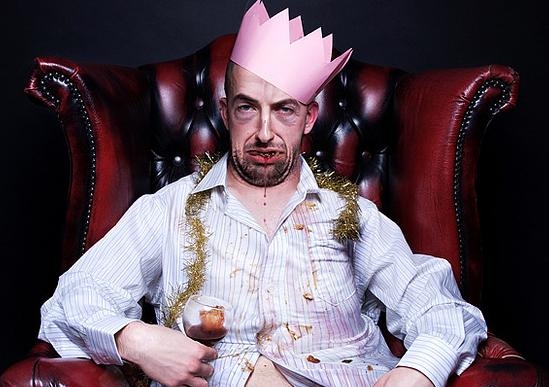 OPINION: Feeling queasy? How about deceitful? New research shows feelings of disgust encourage unethical, self-interested behaviours such as lying to get more money.

At first look, these findings would suggest that feelings of disgust are to be avoided (such as dealing with that mouldy food container in the work fridge before the holiday break).

On deeper reflection, though, the takeaway message isn’t one of “emotions are bad” but instead is one of the significance of our emotional system for helping us navigate our worlds – physical and social – in adaptive ways.

The devil is in the detail

The new research, published in Organisational Behavior and Human Decision Processes, shows that making people feel disgusted led to increases in deceitful behaviour that would benefit the self.

Next up, they were tasked to flip a coin. Heads, the participants could earn US$2. Tails, no promise of money. Some participants were told the reverse.

The coin flip was committed alone and participants were later asked to report the result. This presented a dilemma of sorts: the participants could lie, get the US$2 and never be found out.

Would I lie to you?

How did the researchers know participants were lying? One of the anagrams was impossible to solve.

In yet another experiment, participants either watched the “worst toilet in Scotland” scene from the movie Trainspotting (below) or a clip from a coral reefs documentary.

Deception was 32% more likely in the disgust condition. Further, this deceit meant that their partner received less (US$2 instead of US$3), thus showing that disgust-induced self-interest can even occur at the cost of others.

This effect was replicated in their final experiment.

All is not lost

Their final experiment included a critical extra condition aimed at finding out how to erase the effect. If we can make participants act more deceitful by inducing disgust, so the researchers reasoned, can we do something to interrupt the process?

In this study, they added a stage in between the disgust induction and the deceit measure. It was a subtle one – reminiscent of the first experiment.

Taken together, these experiments suggest that we should likely try to avoid feeling disgust. Without disgust, there would be no disgust-driven deceit. I would suggest, though, that this conclusion misses the mark.

The key to this lies (no pun intended) in understanding one theoretical approach to understanding the role of our emotions in shaping thought and action: functionalism.

All for the greater good

Many emotion researchers, including myself, work from a functionalist perspective on emotion. Functionalist logic stipulates that our emotion system exists because it aids us in adapting our behaviour, thoughts, and attention to our environments.

This logic is based in evolutionary theory: emotions were selected for during evolution because they help facilitate survival and thriving.

Disgust, in fact, is a prime example of an emotion that has adaptive functions. When we come across a pile of vomit, that mouldy food container or other potentially toxic substances, we have a near-reflexive disgust reaction.

We scrunch our noses, turn our heads or, if we are in the unfortunate situation of having put a noxious substance in our mouth, promptly gag and spit it out (sour milk, anyone?).

We also feel a compulsion to wash or cleanse ourselves. This reaction serves the purpose, or function, of protecting ourselves from potential harm.

Karen Winterich and colleagues argue in the latest research that it is this same self-protection function that drives the increase in self-interested deception in their experiments. In essence, just as the disgust expression and desire to cleanse serve to protect the physical self, the deceit observed in participants serve to protect the “economic self”.

In fact, they found evidence of this – the degree to which disgust led to deception was explained by an increase in self-protection motives.

This functionalist approach is also useful for understanding why thinking about clean products erased the effect – the disgust-prompted self-protection motivation was satisfied by thinking about something clean and so there was no further need to protect the self by behaving deceitfully.

Other research shows that washing ones hands can have a similar effect at reducing disgust-induced outcomes.

Disgust is not alone among emotions in having functional outcomes. My own researchsuggests that pride serves the adaptive function of promoting perseverance at goals and leadership in group situations. Gratitude promotes affiliation and trust with others.

Emotion functions aren’t always so rosy – jealousy incites aggression and happiness can lead to more reliance on social stereotypes – but these functions do make evolutionary sense.

It certainly seems, in light of Winterich and colleague’s findings and with these latter examples, that emotions can lead us astray – at least astray from societal standards for fairness, kindness, and personal connection.

Yet, if you look at whether the emotion-driven behaviour is adaptive for the organism, it makes complete sense. This logic is the similar to Richard Dawkins' argument in The Selfish Gene.

There are a host of reasons to advocate having clean environs, and reducing self-interested deceit is likely one of them. But it’s important to consider that disgust-driven deceit is one of a number of examples of how our emotion system actually functions to help us navigate our physical and social worlds successfully.