To give the best chance for science to have an impact, we need to present our arguments to the public in the most convincing ways we have available. Applied psychology can help. 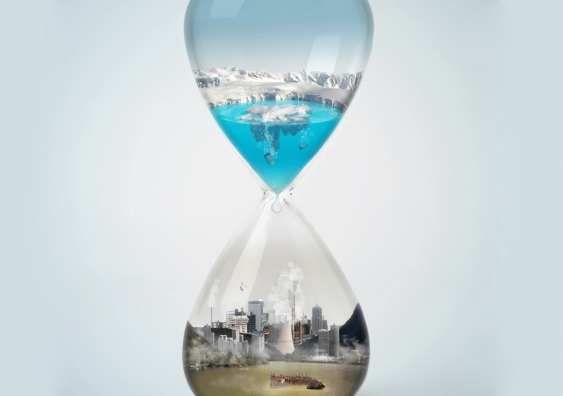 It takes more than just robust science to convince people to take on a certain point of view – consider topics such as vaccination, genetically modified foods and climate change.

Our recent study looked how at the balance of evidence can shape the likelihood that people are convinced by it – and in particular how a psychological phenomenon known as “the diversity effect” plays out in assessing scientific evidence.

Here’s an example of the diversity effect – consider the following two arguments. (A bit of information first: a sesamoid bone is a bone embedded in a tendon or muscle – but you don’t need to know this to follow these arguments).

Sparrows and penguins are very different, so it stands to reason that something that’s true of both may be true of all birds. By comparison, sparrows and robins are pretty similar in other respects, so things that are true of them may not generalise to lots of other birds.

When evidence gets complex

Existing studies of people’s reasoning have focused on simple arguments like the ones above. But many consequential real-world arguments, such as those from the sciences, are more complex.

Evidence can be gathered using different measurement tools, or different experimental designs. Even conclusions based on a single measurement can be supported by evidence from different sources.

Consider the case of climate change: evidence such as temperature readings can be drawn from different geographical locations, or from different time periods.

While having many different kinds of evidence supporting a scientific argument strengthens it in the eye of the scientist, how can we communicate the strength of scientific theories to the general public?

We know from the recent history of climate science communication that having a strong, well-supported theory doesn’t necessarily translate into strong public belief in that theory.

Yet public acceptance of climate science is important as we need public support to ensure that effective policies are put in place to mitigate climate change.

So perhaps we can turn to the cognitive psychology literature to help us find simple and effective ways to present scientific arguments to non-experts.

We examined whether lay people used evidence diversity to reason about arguments in two domains where science has an important role in informing public policy: climate science and public health.

We manipulated whether the evidence presented to lay reasoners (people with little formal training in either discipline) differed on a number of characteristics:

Using a method that allowed us to measure the independent contributions of each kind of diversity to argument evaluations, we found that the diversity effect does indeed hold. But we found that people are selective about how much they attend to each source of diversity.

For example, non-experts thought a conclusion about sea levels rising across the globe was better supported by evidence taken from distant geographical locations (e.g. Australia and the UK) over geographically nearby locations such as (Australia and New Zealand).

To our knowledge, we are the first researchers to demonstrate that the diversity effect generalises to non-expert evaluations of scientific arguments. We argue that science communicators can apply this technique to get their message across quickly and effectively.

While we have presented results from climate science and public health arguments, the method we applied in our study could also apply for other scientific topics. To test this, researchers could run focus groups to see what kinds of diversity matter for non-experts in their topic area.

An import caveat of our research is that good science communication doesn’t guarantee public acceptance. In highly politicised topics such as climate science or genetically modified foods ideological factors can have an influence too.

Nevertheless, to give the best chance for science to break through these barriers, we need to present our arguments to the public in the most convincing ways we have available.

And to do that, science communicators can turn to cognitive psychology research to take advantage of basic preferences like the diversity effect.