Two UNSW scientists have contributed to an important new essay that examines ways of promoting diversity in science. 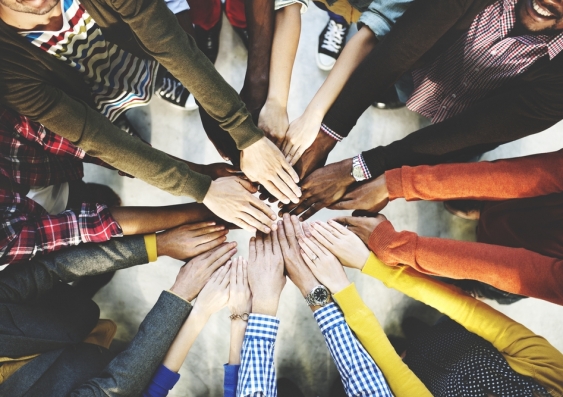 Diversity is about leading by example, one of the authors says. Photo: Shutterstock

The essay, Catalyzing change – a diverse view of science, is a collaboration between 30 chemists from different countries. It examines the way some scientists have been marginalised and makes an impassioned case for building an inclusive scientific community based on mutual respect.

The piece places the onus on each and every member of the scientific community to remember and respect the fundamental human qualities of their colleagues, and it  emphasises how easy it can be for scientists who find themselves in the social mainstream to underestimate, misunderstand, or simply overlook the challenges posed by marginalisation.

Co-author Sir Fraser Stoddart, who shared the 2016 Nobel Prize for his work on the design and synthesis of molecular machines and joined UNSW in 2017 as part of the University’s Strategic Hires and Retention Pathways (SHARP) scheme, says diversity is crucial.

“We’re all Jock Tamson’s Bairns,” he says, summoning a traditional Scottish assertion that humanity is shared by one and all. He explains that an acceptance of mutual respect was part and parcel of growing up in rural Scotland, although much of his career has been spent struggling with individuals and institutions operating on the entirely opposite tack. Now that he is in an esteemed position to cultivate this virtue in a new generation, he is more convinced than ever of just how precious and important such initiatives are.

“Diversity makes it possible to do things that you could not conceive of otherwise,” he says. “I know it works.”

“Diversity is really about being decent – treating no person unfairly just because of what they are. If we all stop for a moment and reflect on that, we could go much further again. The problem is that our culture(s) still have many hangovers from times when it was acceptable to treat people unfairly due to some of the characteristics that made them unique.”

Prof. Thordardson says while you can’t “force” people to accept diversity, education and motivation could work.

“This is why leadership is so important,” he says. “A leader that is truly committed to diversity can motivate those around them to follow. We all can do this. We need to recognise our own weaknesses, mistakes and prejudices and then lead by example.”

Assembling a global group of authors

Dr Michael Bojdys, who leads a research group at King’s College London, was among a handful of primary authors who assembled the article over the course of just a few weeks, a team that included fellow academics and students in North America and Europe.

“This piece spoke for itself, it did not take too much convincing,” he says. “If people are not willing to follow the moralistic arguments, that this piece is timely and important, then they would at the very least have followed the bottom line, which is that it will generate traffic.”

Above all, he points out, the authors worked hard to strike a tone progress and cooperation, as opposed to confrontation. “We would speak the language of a positive outlook, how science and academia could be,” he says. “This is what won people over, ultimately.”

Diversity a priority at UNSW Science

UNSW Science is committed to championing equity, diversity and inclusion (EDI), and aims to provide an equitable place of work and study that will stimulate innovation, productivity and progress.

“We believe diversity and inclusion are essential to our success, helping to produce robust, credible and pioneering science of global impact and train the next generation of scientists,” says Professor Sarah Brough, who co-chairs the Faculty’s EDI Working Group.

“We're committed to reducing barriers which impede equity, diversity and inclusion via initiatives that will benefit both staff and students. For example, our Women in Maths and Science Champions Program – a 12-month career development program to support our female research students and early career scientists to become science professionals –  provides women within UNSW Science with the skills and confidence to build their public profile and make a positive impact on the broader science community.”

This year – with many staff having been affected by the Australian bushfires in 2019-2020 and COVID-19 in 2020 – UNSW Science also released guidelines for achievement relative to opportunity.

“We wanted to acknowledge that many staff are experiencing more substantial additional responsibilities and experiencing some of the adverse effects of working remotely and/or in isolation,” Prof. Brough says. “We want to enable staff to have these impacts considered when discussing achievements they have made during this time.”