Opinion Does not compute: Australia lags behind in recycling electronic products

If Australia is to effectively manage e-waste, it needs to expand its National Waste Policy to include the recovery and recycling of a much wider range of electrical products, writes Graciela Metternicht. 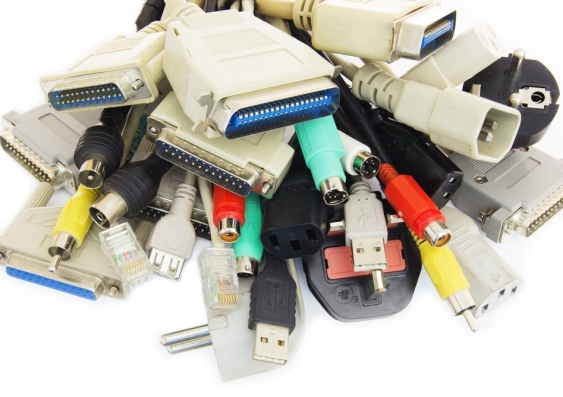 Australia is lagging far behind other rich countries in dealing with the growing mountain of “e-waste” from discarded electrical and electronic products.

My research, carried out with my student Ashleigh Morris, shows that in comparison with leading nations like Japan and Switzerland, Australia’s management of e-waste is ineffective and poorly implemented. This means that precious metals are not being recycled and hazardous materials are going into landfill instead of being properly dealt with.

E-waste is growing in Australia. Fewer than 1% of televisions and around 10% of computers and laptops are recycled, while the consumer-driven culture and planned obsolescence of many electronic products have resulted in millions of tonnes of e-waste entering the waste stream.

Lots of e-waste contains valuable (and finite) metals such as gold, indium and palladium, as well as hazardous ones like lead, arsenic and mercury. Sending it to landfill is not just a threat to the environment – it’s also a significant waste of valuable resources.

Despite this, many Australians still throw their e-waste into their general waste wheelie bin. Their local council then takes the bin’s contents to landfill.

Those who do make an effort to recycle their e-waste face the challenge of not knowing which products can be recycled and where. The services on offer vary greatly between different local governments, and not everyone is within reach of a drop-off point.

Contrast that with Switzerland, which recycles 16 times more e-waste per person than Australia, recouping 75% of recoverable material. Recycling and recovery targets have been subject to significant debate in Australia, yet the Swiss system doesn’t have targets.

Recycling targets are pointless without measures to ensure that e-waste is properly handled and audited. Both Switzerland and Japan (another nation that performs impressively on e-waste) have multiple levels of independent controls to ensure recycling companies maintain high environmental and quality standards, and to check for theft or “free-riding” – companies that refuse to comply with recycling regulations.

If we want Australian households and businesses to take e-waste seriously, we first have to put some serious systems in place to handle the problem.

My research has identified five key issues faced by the Australian system:

Local governments are crucial here: they manage the most e-waste and have the closest and most influential relationship with the public when it comes to recycling. But they are neglected in the system, receiving no direct funding for the collection, recycling, and recovery of e-waste.

Meanwhile, there is no responsibility on consumers to recycle their e-waste. This reinforces the “out of sight, out of mind” attitude that many Australians have to their rubbish.

Another key problem is that recycling legislation does not even mention many types of e-waste. Televisions and computers have a dedicated national recycling collection scheme, but millions of other items simply end up in landfill or are shipped illegally to developing countries.

OPINION: Hazardous materials are some of the most attractive items to ship illegally, because they tend to have the highest recycling costs. This problem threatens to undermine Australia’s obligations under the Basel Convention, which outlaws the unauthorised international shipping of hazardous waste.

If Australia is to be effective in managing e-waste, it needs to expand its National Waste Policy to include the recovery and recycling of a much wider range of electrical products. It needs better compliance and auditing. Key players such as local governments must be given the power to manage e-waste much more responsibly.

That would be a good start. Of course, to get right to the heart of the issue, Australia ultimately needs to move away from the linear “take, make, dispose” economic model, and embrace the circular economy.

As you finish reading this article on your phone, tablet or laptop, have a look at it and ask yourself where it will be in a few years' time. Let’s hope it’s not in your local landfill.

Professor Graciela Metternicht is based in the School of Biological Earth and Environmental Sciences. This article was co-written by Ashleigh Morris, an honours student in environmental management at UNSW Australia.