The cost of management of Australia's native dog could be shared among dog lovers. 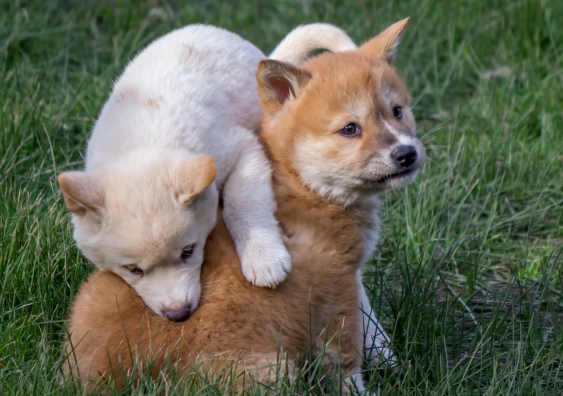 Humans and dogs go way back. From wolf totems to the big bad wolf of fact and fairy tale, through sheepdogs, lap dogs, and labradoodles, our relationships with these animals are complex, emotionally charged and sometimes contradictory.

Our research, published today, found similarly contrasting relationships in Australia, where the dingo, Australia’s native dog, is frequently killed for management. We suggest that an inexpensive “dingo conservation levy” on domestic dog costs could fund more ethical management of dingoes. In this way our affection for domestic dogs could be harnessed to improve conservation outcomes for their wild relatives. 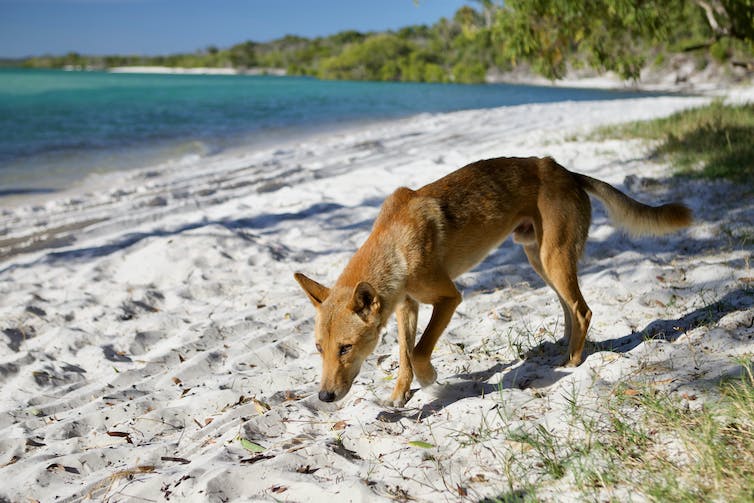 Australians collectively spend over A$10 billion each year on their domestic dogs – housing, feeding, and sometimes even giving them the status of honorary family members. Meanwhile, government and landowners jointly spend at least A$30 million on large-scale exclusion fencing and lethal control of dingoes.

Other research suggests dingoes, as top predators, provide considerable economic benefits. For example, dingoes prey upon kangaroos and other herbivores that may compete with livestock for food and water. In fact, some estimates suggest dingoes improve gross margins by $0.83 per hectare in this context.

They also help biodiversity by suppressing feral cats and foxes, and dingoes have considerable ecotourism appeal in locations like K’gari (Fraser Island) and Kakadu National Park.

Australia’s current approach to dingo management highlights the paradox of an animal viewed both as a valuable native predator that should be conserved, and as a pest to be destroyed. And this makes it a nightmare to manage. 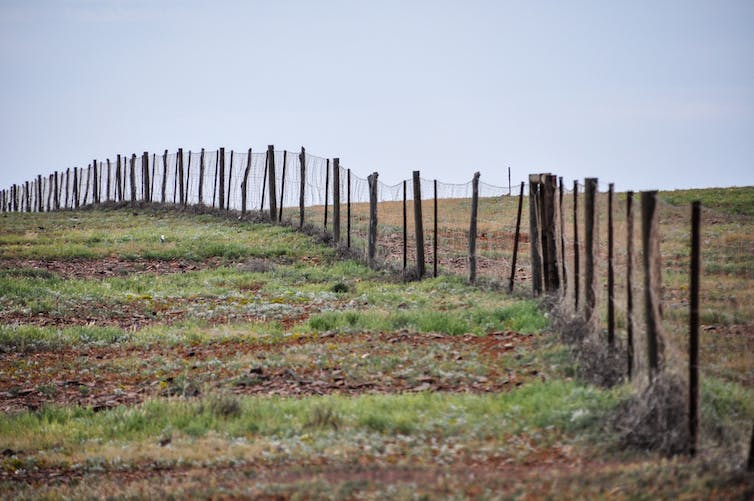 The dingo fence stretches for thousands of kilometres in the Australian outback to try to keep dingoes away from sheep and livestock. Shutterstock

Current dingo management relies heavily on exclusion fencing and lethal control, and around 200kg of 1080 powder (poison) is administered to baits and peppered across the continent annually.

Countless bullets are also fired, and traps set, as the lion’s share of management budgets is allocated to business as usual. To break this deadly cycle, there is a clear need to provide farmers and governments with good evidence that different approaches could work. This can only be done through substantial parallel investment in robust, independent experimental tests of alternative approaches.

Despite broad support in society for non-lethal management, accessing sufficient funds to support such a transition remains challenging.

A modest dingo conservation levy could fund this. With a levy on the A$10 billion domestic dog industry, we could harness humanity’s affinity for domestic dogs to improve conservation and welfare outcomes for their wild counterparts.

It wouldn’t need to be prohibitively expensive either.

That is similar to the lowest estimates of current national spending on dingo control, which means we would potentially see the current spending doubled.

Why should dog owners pick up the tab?

Applying a levy to all dog owners may seem unfair, and perhaps it is. But as Australia’s “dingo problem” is, arguably, at least in part caused by domestic dogs gone feral, such a levy would seem no more unfair on conscientious dog owners than third-party insurance is on careful drivers.

Given that pet owners tend to view wild animals more positively and show more concern for their welfare, such a levy might actually be well received by dog-owners anyway.

An alternative approach might be to seek the voluntary involvement of pet-food manufacturers in such a scheme, giving consumers choice over whether to support it. 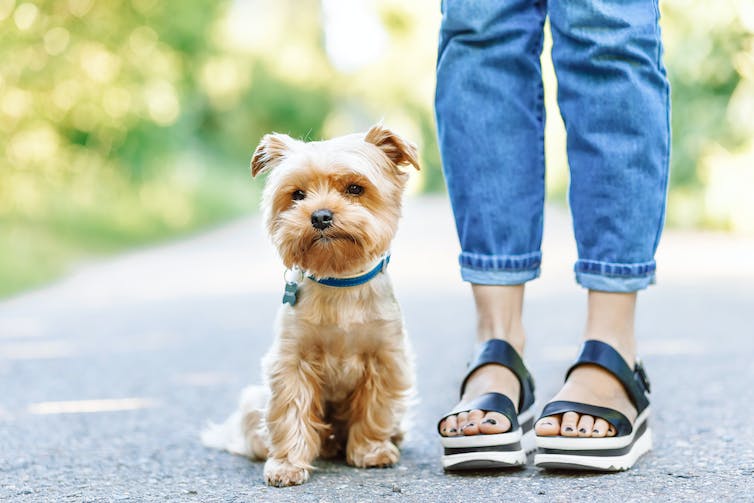 Dog-lovers generally also love wild animals, and may be happy to pick up the costs for ethical dingo conservation. Shutterstock

A dingo conservation levy – perhaps supplemented by a voluntary fund for donors without dogs – might also be more acceptable and attractive if it were clear the funds would be specifically channelled towards research and uptake of non-lethal tools.

Generally, we are broadly in favour of any techniques designed to reduce the animosity towards dingoes, reduce the costs and negative impacts of living alongside them, and boost the positive effects dingoes have on ecosystems.

As some have already argued, they are all dogs at the end of the day. Perhaps then it is time that we treated them as such.

We would like to gratefully acknowledge the contributions of Mike Letnic, Henry Brink, Brad Purcell and Hugh Webster to this article.