Don’t even think about it: why thought control is so difficult

UNSW psychology researchers have found evidence that controlling one’s own thinking can be thwarted by thoughts we do not even know are there. 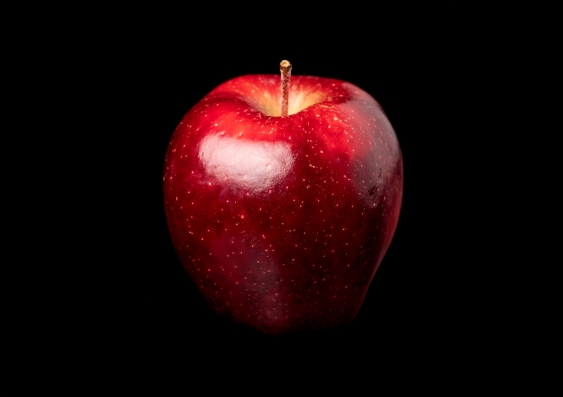 When asked not to think of something, like a red apple, thought-substitution has been shown to be effective. Picture: Shutterstock

Whatever you do, don’t think about a red apple.

Chances are, when you read the sentence above, that’s exactly what you did do. But not to worry, that’s quite a normal reaction for our chattering human brains.

It turns out that even those people who are good at suppressing certain thoughts still harbour traces of the thought in their unconsciousness, according to the latest research to come out of UNSW’s School of Psychology.

Researchers at UNSW’s Future Minds Lab conducted experiments with participants who were instructed to either imagine or avoid imagining red or green vegetable or fruit objects for seven seconds.

After being instructed to avoid thinking about the written cue objects, participants were then asked to indicate if the thought popped into their heads by pushing a button. Following this, they were shown a red-green image in binocular rivalry (where an image is shown to each eye separately) and then asked to indicate which colour was dominant.

The researchers found that there was an above average chance that a participant picked the colour associated with the original written cue words.

Specifically, when participants attempted to not think about a red apple, chili or tomato, they were significantly more likely to report red in the subsequent rivalry illusion presentation. This suggests, say the researchers, that thought suppression was ineffective at preventing the sensory trace of visual thoughts from forming.

“Even though they had not thought about the objects, we could still measure the sensory trace of a thought,” Professor Pearson says.

“In other words, despite not being aware of the thought there was still a representation of it there, most probably in the visual cortex, that was systematically biasing the binocular rivalry illusion.

“Through various control experiments we show this is the most likely explanation of the data.”

Interestingly, Professor Pearson says that in another task where participants were told to use a distraction strategy to avoid thinking about the object – for example, thinking about a white cloud – the bias effect went away.

The research could also inform new ways of thinking about strategies to deal with the cognitions involved with addiction.

“This is an exciting discovery as it tells us for the first time that even when we feel like a thought is not there, because we have successfully suppressed it from our minds – it is actually still there,” Professor Pearson says.

“Which suggests using brute force to not think about something – that cigarette or that drink – simply won’t work because the thought is actually there in our brains.

“This discovery changes the way we think about thoughts of desire and suggests unconscious thoughts can emerge and drive our decisions and behaviour.”

Moving ahead, Professor Pearson says he and his fellow researchers are now looking at the neural representations of these unconscious suppressed thoughts using function brain imaging (fMRI) to show exactly where they are in the brain.

Our brains reveal our choices before we’re even aware of them: study