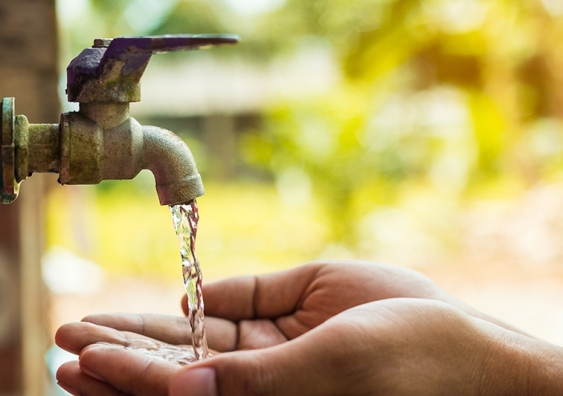 Maintaining drinking water quality is a major challenge for water managers during and after bushfires. Photo: Shutterstock

Regional and metropolitan areas around NSW are facing water quality concerns in the face of the bushfire crisis.

In some areas of the state, drinking water treatment plants have been physically damaged by fire or impacted by fire-related power outages, causing a loss of drinkable tap water.

A reduction in water quality may also affect metropolitan areas, as ash and sediment may be washed into major water catchments such as Warragamba Dam.

“Fires have severely and extensively burnt major drinking water catchments for Sydney and the Shoalhaven region in NSW,” says Professor Stuart Khan, Professor in the School of Civil & Environmental Engineering at UNSW Sydney.

“The loss of trees and groundcover has made the soil more vulnerable to erosion. When the next big rainfall event comes along, runoff will wash a lot of that ash into waterways and dams.”

A downpour of around 100mm in a short period of time would qualify as such an event. Rain would also wash in other contaminants, such as building debris, dead animals, and pollutants from fire retardant.

In bushfire-affected areas, Professor Khan says the destruction of water infrastructure is a more immediate concern.

“Drinking water treatment plants in fire zones have been losing power and taking damage. Some have lost the ability to pump or properly treat water.”

An urgent boil water alert was sent to residents in Eden and Boydtown this week after a loss of power to chlorination facilities at Ben Boyd Dam. The alert provided instructions on how residents without electricity can clean water using unscented household bleach.

“There is a risk that if people are unable to boil water or don't get the alert to boil water, it could lead to some waterborne disease,” Professor Khan says.

With internet and telephone communications cut in many areas of the state, the ability to notify residents of risks in water consumption poses another problem.

The deoxygenation of water occurs when ash, which is largely composed of organic carbon, is biodegraded by bacteria in the water. During the biodegrading process, the bacteria consumes dissolved oxygen from the water, resulting in a loss of oxygen in the water.

“Many species of fish require high levels of oxygen in the water to survive and, as a result, future fish death events are likely. The chemical changes may also cause the water to turn black – a process known as a ‘blackwater event’,” Professor Khan explains.

The growth of cyanobacteria is another potential risk of extra ash and sediment in the water.

Cyanobacteria can grow in warm conditions when high levels of nutrients are present. Ash and soil both contain high concentrations of nutrients like phosphorus and nitrogen. 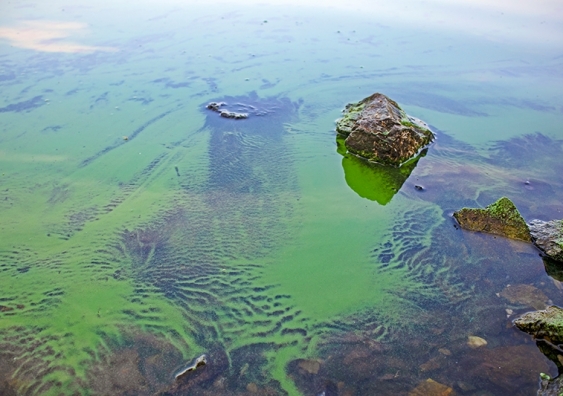 Cyanobacteria, commonly known as blue-green algae, can be toxic to humans. It thrives in warm water. Picture: Shutterstock.

“With good management, we should be able to effectively avoid some of the worst quality water and treat the potential cyanobacteria and toxins so that they don't actually end up in customers’ taps,” he says.

There is a potential for cyanobacteria to make water unsafe for recreational activities such as swimming. Current cyanobacteria and algae alerts are available via Water NSW.

Can our catchments handle it?

Filters are used in drinking water treatment plants to remove suspended sediment. This is an important step in preparing water for chlorine disinfection, which is only fully effective when the water is relatively clean.

When filters start to clog, they are cleared by a pump that temporarily pushes the water in the opposite direction – a process called backwashing.

However, these filters are not used to dealing with very high sediment loads.

“And all the time when you're backwashing, you're not producing drinking water, so the overall rate of drinking water production decreases.”

In 2013, a similar problem faced Brisbane water treatment plants. After major floods, the filtration process was slowed, which also slowed down the water production rate. Water restrictions were placed in order to slow the demand.

Another process to ensure water quality is to extract the water from different depths of the dam. As most cyanobacteria lives near the surface, deeper water is usually cleaner.

This process is harder to do when dams are low on water.

“All dams are different, so they all have different capacities. However, the less water in a dam, the fewer options there are for extracting water away from the surface,” says Professor Khan.

Professor Khan is hopeful that if water management bodies act accordingly, we can minimise – and hopefully avoid – long-term drops in the quality of drinking water.

“The long-term problems are going to be a real challenge for water utilities, Sydney Water and other operators of drinking water treatment plants, but I don't think that those challenges are completely insurmountable.

“The challenges will require a dedicated effort, attention to detail, and extra costs, but they shouldn’t end up leading to significant public health implications.”

The immediate threat of water contamination is cause for greater concern.

“Short term scenarios are much more difficult to manage when drinking water treatment plants are being knocked out.

"Effective management of the short-term risks will require rapid responses to restore power and treatment capacity in impacted areas. Until that can be achieved, clear communication to keep people informed of which areas are at risk, and steps they should take to protect themselves, will be essential," says Professor Khan.