Coal mining and possibly groundwater extraction are responsible for the recent drying out of Thirlmere Lakes in the Greater Blue Mountains World Heritage Area, a new UNSW report concludes. 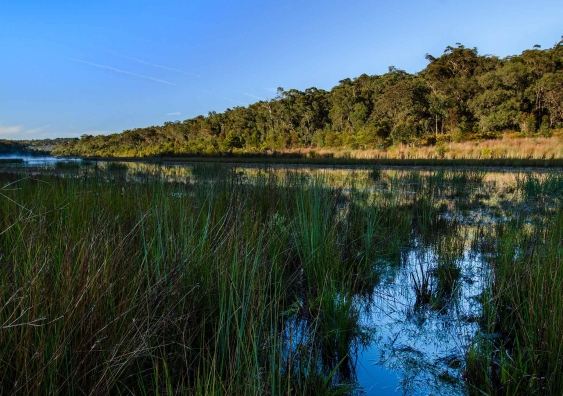 Coal mining and possibly groundwater extraction are responsible for the recent drying out of the ecologically important Thirlmere Lakes in the Greater Blue Mountains World Heritage Area, a new UNSW report concludes.

The study, by the UNSW Centre for Ecosystem Science, found no evidence that the serious decline in water volume in the lakes in recent decades was part of any natural climate cycle. This contradicts a 2013 NSW Government Commission of Inquiry that concluded “most of the changes in the water levels in Thirlmere Lakes over the past 40 years are due to climatic variations such as droughts and floods”.

Thirlmere Lakes, near Picton in the Hawkesbury-Nepean Catchment south west of Sydney, were gazetted in 1972 as one of eight conservation areas within the Greater Blue Mountains World Heritage Area. The five lakes are filled mainly by local rainfall, but also interact with surface and groundwater flows.

“The water levels in the lakes dropped suddenly in the mid-1980s, coinciding with the onset of long-wall coal mining, and the lakes have continued to dry out since then,” says study lead  author Samira Schädler, who completed the research as part of her Masters of Science degree at UNSW.

“There has also been a large increase in the number of groundwater bores sunk nearby since the 1980s, although this may have been related to the drying up of the groundwater systems.

“But we found there was no corresponding change in the rainfall or local climate during that time,” she says. 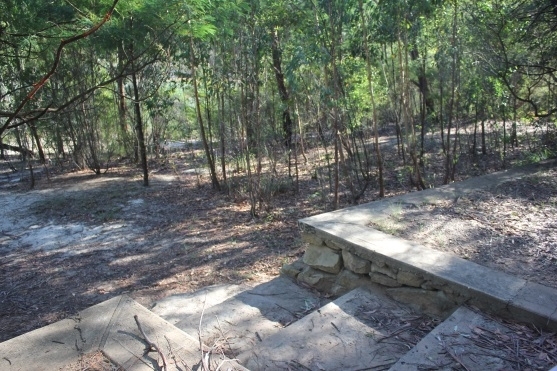 Lake Werri Berri (May 2016). The water, which once lapped the steps has now receded, showing how eucalypts have now colonised the dry lake. Photo: supplied

The ancient waterways, which are thought to be about 15 million years old, are home to a number of protected species and are listed as a Nationally Important Wetland in Australia. They provide a diverse freshwater ecosystem that supports organisms restricted to the catchment.

“The evidence for recent drying of these vital habitats is unequivocal,” says Director of the UNSW Centre for Ecosystem Science Professor Richard Kingsford.

“Long-wall mining and possibly groundwater extraction have compromised the conservation of the lakes. There are significant implications for their long-term management and the obligations of governments to this National Park, which is part of the Blue Mountains World Heritage Area.”

To help reconstruct water levels in the lakes during the past century, they used historical accounts, along with 49 old photographs of the lakes obtained from historical societies, libraries, government agencies and individuals.  The images depicted families enjoying the lakes between 1884 and 2012.

This information was combined with rainfall in the area and data on recent lake levels. They also studied three other control sites where they tested changes in climate and flows.

“Lake levels tracked rainfall patterns for much of the 20th Century, until long-wall coal mining and the pumping of groundwater resources in the 1980s,” says Professor Kingsford.

“That’s when you see the start of a dramatic shift and the drying of the lakes, but we did not see any of this in the inflows to our control sites.”

Between 1885 and 1964, as much as a third of the water in Lake Couridjah was pumped out at times to supply the steam engines travelling between Picton and Mittagong, and to provide water for the Picton Tuberculosis Village, where people with TB were treated.

“Even when large volumes of water from the lakes were pumped out in the early 1900s, we did not detect any prolonged drying,” says Schädler.

The Illawarra region is heavily mined for quality coal resources and long-wall mining close to the lakes began in 1982. There were sudden drops in lake levels in 1984, 1997 and 1998.

Professor Kingsford says Thirlmere Lakes National Park is also an important recreational area. “The damage to the ecosystem will not be easily reversed and will be exacerbated by increasing deleterious developments. There is a need for much better understanding of the complex groundwater system and its connection to the lakes,” he says.