Opinion Engaging the public with science can yield unexpected rewards

I don’t see the point of doing research if nobody knows about it. And it’s pretty hard to talk about sperm without cracking a joke or two, writes Angela Crean. 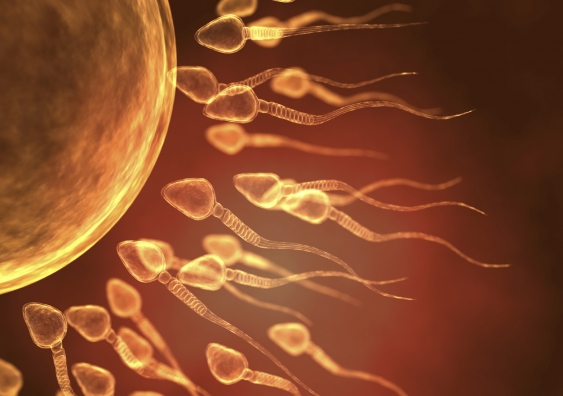 My research investigates how a male’s environment influences his sperm quality. Image: iStock

OPINION: As a young(ish) female, I have been cautioned many times over the years that if I want to be taken seriously then I shouldn’t make jokes about my work on sperm, and that it is probably better to avoid talking about my research in public.

But I don’t see the point of doing the research if nobody knows about it. Plus, it’s pretty hard to talk about sperm without cracking a joke or two.

Currently, I use flies as a model system to test these ideas. It is not that I have a secret love of flies; it is the ideas that fascinate me.

I am trying to understand how variation is transmitted from parents to their offspring, and hope that the knowledge gained through my fundamental, curiosity-driven research may eventually lead to practical applications in reproductive health. To me, science is asking questions and seeking answers.

From amazement to horror

Recently I discovered a particularly startling pattern of inheritance: the size of flies was influenced by what their mother’s previous mating partner (not their father) ate during development.

As an evolutionary biologist, I was excited by this finding, as it changes the way we view inheritance. Evolution is fundamentally about explaining variation, and we had discovered a new source of variation in offspring traits.

But not everyone has shared the same enthusiasm in my findings, and reactions have ranged from amazement to horror.

My research touches on issues that resonate with many parents. OakleyOriginals/Flickr, CC BY

When I took my story to the media, most had fun playing up the shock aspect. Naturally, some of the headlines and media articles about the study were more sensationalist than others.

Even though (generally) reporters were careful to mention that the research was on a fly, this was often hidden below dire warnings about ex-boyfriends coming back to haunt us.

As expected, I received some negative trolling and attacks on both my own personal characteristics and my research integrity. What I didn’t expect was a regular stream of emails from interested public, wanting to know more. Even 10 months later, I am still receiving emails asking questions about the study.

It has genuinely surprised me that so many people took the time to seek out my contact details and write me an email to find out more.

I have received many queries asking for clarification about different aspects of the study, questions about my experimental design and why I did it that way, suggestions for alternative explanations and follow-up studies, and even offers to participate in future experiments. It has been like a second round of peer-review!

This correspondence has forced me to think about my research from a wide variety of different perspectives. Often, when scientists discuss our research, it is with other scientists who have been trained in similar backgrounds, and therefore have similar ways of thinking.

Discussing my research with people from a variety of different backgrounds has helped me to clarify my arguments, and uncovered some assumptions and biases in my thinking.

One benefit of chatting about your work with people outside of your field, I’ve found, is that they’re free of expectations and pre-conceived notions. Sometimes their questions are naïve, but often they highlight underlying ideas that are taken for granted as true. It’s a good exercise as a scientist to deconstruct an argument to first principles.

There are many pros and cons for scientists engaging in communication with the press and the public. The greatest concern is that once we release a story into the wilds of the media, we lose control of the message.

However, after the initial tornado of media interest swept through, instead of destruction I was left with a trail of interest. It’s been rewarding to see that my work has generated enthusiasm, ignited debate, and initiated a discussion with a diverse group of interested people.

I have been pleasantly surprised about how keen the public are to engage with scientists, and want to thank everyone who took the time to engage in scientific debate.

What made me so happy was that people were asking questions. It was brilliant to know that so many people have an inner scientist, and are actively seeking answers to satisfy their curiosity.

Angela Crean is a senior research associate at UNSW.