When it comes to energy, governments are lacking the expertise that engineers can provide, writes Jenny Stewart. 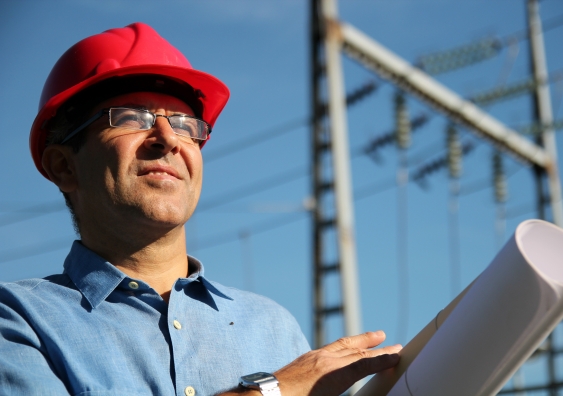 OPINION: My dad was an engineer, in the electronics business. He despaired of what we would now call the political class – the politicians and their advisers who periodically blew the 'high tech' trumpet and then did nothing to follow through. The politicians expected the businesses to be there when the country needed them, but the rest of the time, they were simply ignored. Apart from senior public servants with an understanding of technical issues, it was difficult, said my dad, to find anyone in government with an understanding of commercial, let alone engineering, realities.

I think he would find the general understanding of engineering issues to be even less now than it was then. The problems with rising electricity and gas prices are a case in point. Governments, both state and federal, created the situation in which they now find themselves. But it is doubtful whether either really appreciated that, while the electorate expected them to keep the lights on at reasonable prices, governments no longer had the sort of control needed to do so.

The story of the national electricity market, in particular, is an instructive one. As the Australian Energy Regulator put it in 2007, the new market put paid to the days of 'vertical monopolies', when state governments owned and operated the power stations, distribution networks and retailing activities. There was no competition, as each state ran its own network. The general policy idea at the time was that this was the sort of thing governments did; and that they had a responsibility to business and consumers to provide power at a reasonable cost.

Over time, interlinkages were created and trading of electricity across state borders was permitted. (Of course, the ACT had long since been powered by Snowy Hydro. And Western Australia, for reasons of geography, remained a separate entity).

The ultimate step was the creation of a national wholesale electricity market, which enabled the price of power at any point in time to reflect the level of demand. Producers could sell into the market as and when they chose: 'marketisation' had arrived.

The states invested strongly in the long lead-up to marketisation, no doubt expecting opportunities for enhanced surpluses. For some, there was another motive to invest. Privatisation was on the agenda, bringing with it the prospect of realising the 'invisible' capital tied up in the networks. During the 1990s, South Australia and Victoria sold off all three levels of their industry: generators, pipes and wires, and retailing. The wily Queenslanders hung back. In NSW, Labor governments resisted privatisation, but eventually the sell-off started. Tasmania retained ownership of its hydro. The ACT's Labor government wisely resisted selling ACTEW.

For a time, all seemed well. If prices did not fall, they did not increase very much, at least not until the mid-2000s. By then, though, the push towards renewables was gathering force. When you are trying to influence a market to do something new, you need to send it appropriate price signals. Governments, now largely out of the power business, provided subsidies to producers of renewable energy through feed-in tariffs and the setting of renewable energy targets. With conventional capacity declining, it was scarcely surprising that power prices started to climb.

But the key point was that underlying relationships had changed. The national energy market had created a whole new set of incentives, particularly for private sector participants. Power station owners were under no obligation to keep their operations going, or even to replace ageing assets if it was not profitable to do so. Many are overseas-owned corporations, with a primary focus on global opportunities. The welfare of their Australian consumers is not central to their business calculations.

Interestingly, it was South Australia and Victoria, the states with the most privatised systems, which went furthest and fastest in the direction of renewables. Did the relevant governments actually understand the risks they were running? Once governments stop actually doing things, their IQ degrades quite rapidly, because they no longer have the independent expertise within the public service to understand what is going on.

This can lead to unexpected policy outcomes. South Australia, the state that pursued renewables most assiduously, has found that its network lacks resilience. This is not a problem of renewables per se, but it does reflect a lack of engineering understanding in government. During an extreme heatwave last February, the back-up power the government thought was there (from Pelican Point's gas-fired generators) was not in fact available when it was needed, and many consumers lost power. Why did this happen? This is where the engineering (and commercial) know-how comes in. Engie, the operators of Pelican Point, had initially provided back-up power to the network. However, it turned out not to be needed, and it was costing the company money, so for some time the power station had not had the capacity quickly to increase its output, in its normal mode of operation.

In February 2017, when the additional power would have been useful, the option to use it was not there. The politicians were surprised. No one knew that in a market-coordinated network, you can't assume there will be sufficient flexibility to respond smoothly to unexpected events.

Bringing extra capacity online can be done relatively quickly, but it depends on many factors, including accurate demand projections. It is not like flicking a switch, as I am sure the engineers would have told the politicians.

All technologies raise complex issues. It makes you wonder whether the SA government is getting balanced advice about the big battery to be provided by Elon Musk.

The last chapter in this story belongs to Western Australia. In this case, the tyranny of distance seems to have had its advantages. While some market-type reforms have occurred, the WA power network continues to be largely both vertically-integrated and state-owned (via three separate regionally-based government-owned corporations). Presumably because it is a long way across the Nullarbor, they have been spared membership of the National Electricity Market. In addition, because they can, they have reserved 15 per cent of the state's gas output for domestic use.

This does not mean that Western Australians have escaped power price increases. The WA government recently announced what amounted to a tax on the fixed price of electricity for all households. But the increases in percentage terms are less than those applying to consumers in the eastern states. And businesses continue to have the assurance that they need. It just goes to show, there is nothing wrong with having a well-controlled, government-owned monopoly delivering your basic services.

And what of the role of the federal government? The Finkel Report has recommended improved governance and a national clean energy target. But a bit more of that big-picture engineering practicality would not have gone astray. Given that the National Electricity Market is here to stay, the Commonwealth government cannot avoid taking overall policy responsibility for the outcomes that are produced. We need a chief engineer to complement the chief scientist.

This story was first published in The Canberra Times.