UNSW marine biologist Iain Suthers will lead a scientific expedition aboard the brand new research vessel Investigator next week to study the secrets of small eddies along the NSW coastline. 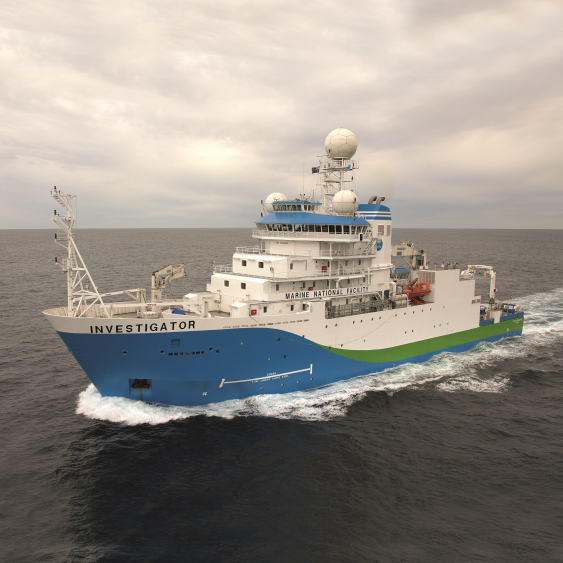 UNSW marine biologist Professor Iain Suthers will lead a scientific expedition aboard the brand new Marine National Facility research vessel Investigator next week to study the secrets of small eddies along the eastern Australian coastline between Port Macquarie and Newcastle.

“We suspect they are important offshore nurseries for larval fish,” says Professor Suthers, who will head a team of 28 researchers, more than half of them from UNSW, for the 16-day voyage between Brisbane and Sydney.

The team includes Associate Professor Moninya Roughan, head of the coastal and regional oceanography group in the UNSW School of Mathematic and Statistics, who will study the behaviour of ocean currents and the physical dynamics of eddy formation.

As the East Australian Current – a wide and deep marine conveyor belt made famous in the movie Finding Nemo – sweeps down the coast, bringing warm tropical water southward, it often forms large eddies that move slowly in an anti-clockwise direction.

“These large, warm eddies are biological deserts, devoid of much life. But sometimes small, cold eddies also break off from the main current and rotate in a clockwise direction. They pull up nutrient–rich water to the surface and are more like biological rainforests, with a wide diversity of species present, including larval fish,” says Professor Suthers, of the UNSW School of Biological, Earth and Environmental Sciences.

“People think of the ocean as well-mixed and the same everywhere, but you can move from a desert area to a rainforest within a few kilometres.”

The team will use high-tech equipment on the $120 million Investigator to measure the temperature, salinity, and type of plankton in the small eddies to determine if they are offshore nursery grounds.

They will also trawl for larval fish and see whether more of them survive in these protective eddies than elsewhere.

“As many as 99.9 per cent of larval fish along the coastline do not survive to adulthood. But because many billions of eggs are laid, just a slight increase in survival rate can translate into a lot more fish,” says Professor Suthers.

“If we find the small eddies are good nurseries for larval fish, it raises the possibility of putting eggs from big fish such as tuna into the eddies so their chances of survival are better. That way we could help repopulate the ocean.”

The research would be relevant to many coastal areas around the globe where these small eddies are also found between the coast and the main current.

Five members of Associate Professor Roughan’s team are already on the vessel participating in an expedition in which an array of six moorings – strings of instruments and sensors – will be deployed off Brisbane in depths of 200 metres to five kilometres, to monitor changes in the East Australian Current.

“The East Australian Current moves enough water to fill 10,000 Olympic swimming pools southward every second. It not only affects fisheries, it has a major impact on weather, the position of marine parks, tourism, severe storm events, coastal erosion and the distribution of marine species,” says Associate-Professor Roughan.

Purpose-built in Singapore, Investigator can accommodate up to 40 scientists and 20 crew and travel from the tropics to the Antarctic ice-edge on voyages up to 60 days in duration. Overseen by an independent Steering Committee, the Marine National Facility is owned and operated by CSIRO on behalf of the nation.

A virtual tour of the vessel and other information can be found here.

UNSW boasts its record number of Fulbright Scholars in 2021