UNSW conservationists are painting eyes on the rumps of cattle in Botswana as part of a study in "psychological trickery" to prevent lion attacks and the lethal retaliation that results. 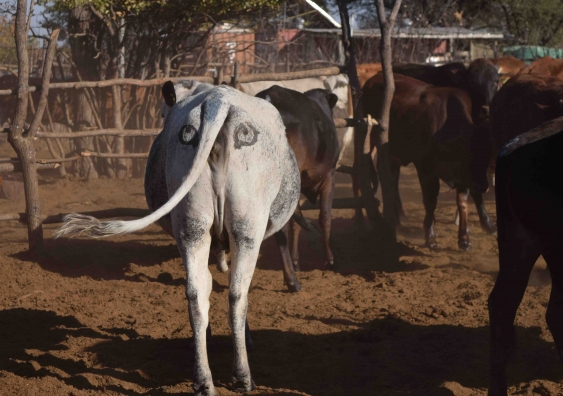 The eyes painted on the rumps of cattle in Botswana are designed to ward off marauding lions, helping to save the livestock and the lions from farmer retaliation. Photo: Ben Yexly/UNSW

An eye-opening conservation initiative, aimed at helping farmers and their livestock coexist with African lions, will be trialled in Botswana by UNSW scientists later this year.

The low-cost strategy will see intimidating eyes painted onto the rumps of cattle that graze near wildlife areas and are preyed upon by lions. The idea is that the eyes will trick the lions into thinking they’ve been spotted, causing them to abandon the hunt.

“As protected conservation areas become smaller, lions are increasingly coming into contact with human populations, which are expanding to the boundaries of these protected areas,” says Dr Neil Jordan, a conservation biologist from UNSW’s Centre for Ecosystem Science. 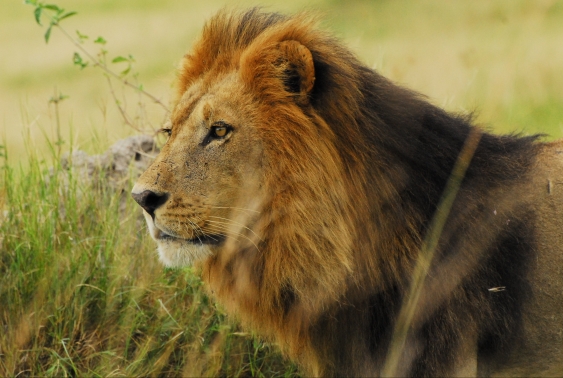 The African lion is listed as vulnerable on the IUCN Red List of Threatened Species, with declining adult numbers. Photo: Krystyna Golabek/UNSW

The lions eat livestock, such as cattle, which negatively impacts the livelihood of the subsistence farmers living in these rural areas. With no non-lethal way to prevent the attacks, the farmers often turn to deadly force, shooting or poisoning the lions in retaliation.

If the tool works, it could provide farmers in Botswana – and elsewhere – with a low-cost, sustainable tool to protect their livestock, and a way to keep lions safe from retaliatory killing.

The African lion is listed as vulnerable on the IUCN Red List of Threatened Species, with declining adult numbers currently in the range of 23,000 to 39,000. These are down from population estimates above 100,000 in the 1990s, according to the BPCT.

Dr Jordan’s idea of painting eyes onto cattle rumps came about after two lionesses were killed near the village in Botswana where he was based. While watching a lion hunt an impala, he noticed something interesting: “Lions are ambush hunters, so they creep up on their prey, get close and jump on them unseen. But in this case, the impala noticed the lion. And when the lion realised it had been spotted, it gave up on the hunt,” he says. 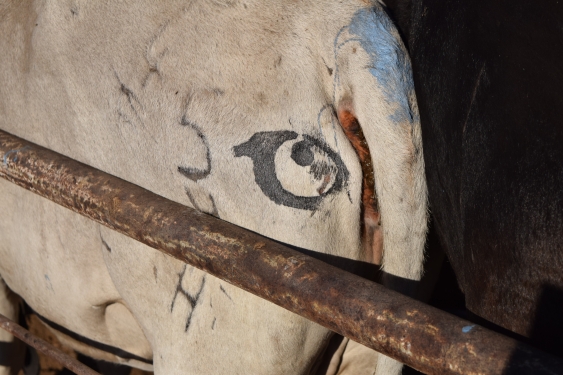 In nature, being ‘seen’ can deter predation. For example, patterns resembling eyes on butterfly wings are known to deter birds. In India, woodcutters in the forest have long worn masks on the back of their heads to ward-off man-eating tigers.

Jordan’s idea was to “hijack this mechanism” of psychological trickery. Last year, he collaborated with the BPCT and a local farmer to trial the innovative strategy, which he’s dubbed “iCow”. 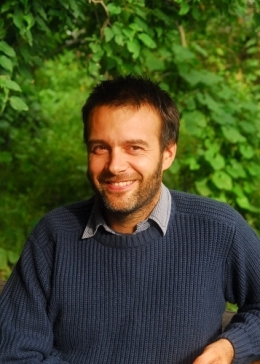 The researchers stamped painted eyes onto one-third of a herd of 62 cattle, and each night counted the returning cows. The effectiveness of the eyes essentially comes down to relative survival rates: are painted cows less likely to be attacked and killed than unpainted cows?

In mid-July, he’ll return to Botswana for three months to further test and validate the tool. He’s raised more than A$8000 on the science crowdfunding platform Experiment.com to purchase 10 cattle GPS loggers, and one GPS radio collar, which will be fitted to a wild lion under anaesthetic.

Dr Jordan’s team, involving a UNSW PhD student and researchers from the BPCT, will paint roughly half the cattle in a herd of 60. They’ll use the GPS devices to monitor the movements of cows and lions, and to determine when and where they meet.

“This will give us information about the exposure of painted and unpainted cows to predation risks, and where the conflict hotspots are,” says Dr Jordan.

If the tool works, it could provide farmers in Botswana – and elsewhere – with a low-cost, sustainable tool to protect their livestock, and a way to keep lions safe from retaliatory killing.

Dr Neil Jordan leaves on 11 July. He is available for interview prior to his departure.

More information can be found on his Experiment.com crowdfunding page or on carnivorecoexistence.info