Larry Marshall may be right when he says the question of global warming has been answered. But there are many more climate questions to ask, writes Andy Pitman. 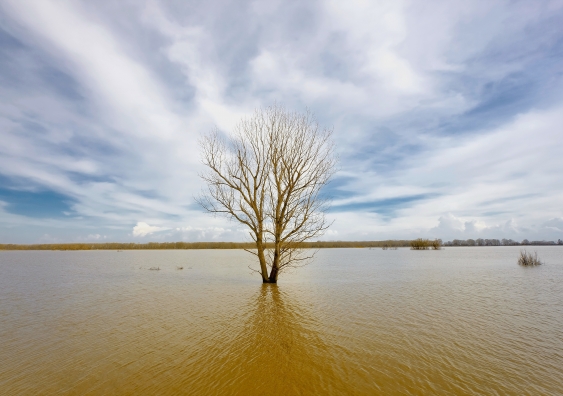 We have spent probably a decade trying to answer the question “is the climate changing?” … After [December’s] Paris [climate summit] that question has been answered. The next question now is what do we do about it? The people that were so brilliant at measuring and modelling [climate change], they might not be the right people to figure out how to adapt to it.

That is among the most ill-informed statements I have ever heard from a senior executive. It will take a little to unpack it and to show that the apparent decision to dramatically downscale CSIRO’s ocean and atmospheric research will cost taxpayers and governments billions of dollars in flawed investments unless, by sheer blind luck, the right guesses are made.

In Paris, nations agreed to limit global warming to “well below 2℃” and to try to keep it within 1.5℃. We know roughly how much the world will need to cut greenhouse gas emissions to hit these goals, and how much the global temperature might rise if we fall short. But simply knowing how much the planet’s average temperatures will climb offers not a scrap of information to help inform Australia’s strategies in coping with the expected changes.

What we really need to know now is what will happen to our economy, our water resources, our cities, our farmers, our infrastructure, our ports, our energy security, and every other aspect of this country that will change as a result of the shifting climate. That means looking not simply at global warming, but at how it will manifest in terms of heatwaves, wind, cyclones, drought, hail, floods. We need to know this at a level of detail that is useful to governments, businesses, urban planners, engineers, and individual people.

Marshall is of course correct to say that CSIRO scientists have helped to establish that humans are definitely changing the climate. He was also right when he said, in his message to staff yesterday, that:

…the new question is what do we do about it, and how can we find solutions for the climate we will be living with?

What he fails to realise is that to answer these new questions, you need the same climate scientists! The Paris climate deal has not made CSIRO’s climatologists redundant. In reality, the hard work that we need these scientists to do is now becoming clear, which is why most European countries are increasing investment in translating those global numbers into relevant, reliable and robust local information.

The next generation of climate models will provide detailed risk assessments of how extremes will change. We do not have that capability yet in Australia, but the work done so far in CSIRO, the Bureau of Meteorology and universities suggests that we can do it. These advances will provide data that an actuary can use to calculate risk, a company can use to examine its supply chain vulnerability, and an engineer can use to ensure that a new dam, bridge or road is resilient to climate change.

Imagine you are an investor trying to decide where to set up a major business. In one prospective host country, you get clear advice of the vulnerability to climate change. You know the risks and you can manage them. In Australia, the message is “we don’t know”. It’s not hard to judge where the money should go.

If these cuts go ahead, Australia will not develop that capability to assess climate risk, unless someone else is resourced to be the custodian and developer of the climate models we use in Australia.

Why taxpayers should be angry

Australia is already seeing more heatwaves, rising sea levels, more intense rainfall events, and harsher droughts. Billions of dollars will be invested to adapt to these changes. Taxpayers and governments will demand that these hard-won dollars should be spent optimally.

Want an example? Western Australia funded a group of climate scientists, including many from CSIRO, to assess why rainfall in Perth has declined since the 1970s, and whether or not it will bounce back. They concluded that the decline was here to stay, so the state government built desalination plants that are in near-continuous use. In contrast, in New South Wales a previous state government built a desalination plant that has not been needed and has since been mothballed. They hadn’t asked any climate scientists to find out why there was a drought.

Without the next generation of climate modelling capability, we will lack the tools to provide detailed information about threats like drought. Australia will spend billions of dollars on things like dams or desalination plants, but rather than relying on strategic information, these billion-dollar decisions will be based on guesswork.

Federal science minister Christopher Pyne’s response is that CSIRO is entitled to make its own staffing decisions. He is right, of course. But it’s the government’s job to ensure that Australia has the capacity to identify the risks to which the nation is exposed.

CSIRO’s plan to dramatically reduce its oceans and atmospheric research capabilities will stop Australia from translating the global climate threat into the specific threats facing our nation, our states, our cities and our people. The decision also leaves the whole of the Southern Hemisphere with no sustainable and world-class climate modelling capability. It leaves us entirely exposed to the hope that the French, Germans, Americans or British will suddenly decide that working out what matters to us is more important than what matters to them.

Andy Pitman is the Director of the ARC Centre of Excellence for Climate System Science, UNSW.