A UNSW-led fish farming research project in the remote PNG highlands is providing a valuable source of protein and income for locals and helping to reduce crime and tribal warfare. 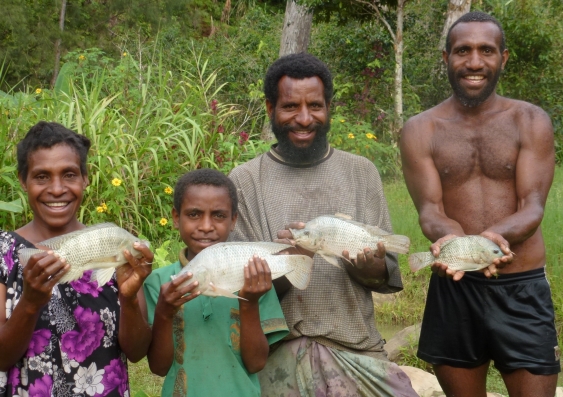 A UNSW-led fish farming research project in the remote PNG highlands not only provides a valuable source of protein and income for local people, as highlighted in a new video, it also helps reduce crime and tribal warfare.

The project is funded by the Australian Centre for International Agricultural Research (ACIAR) and is part of a long-term strategy to address food and income security through fish farming research.

Many people in rural PNG survive on less than $2 a day. While they can grow plenty of vegetables in the fertile soil, few can afford to buy meat or raise their own animals, which has led to chronic malnutrition and stunted growth in children.

To help overcome these major problems, since 2010 a team led by UNSW scientist Jes Sammut has been teaching people in remote villages how to dig ponds and grow fish in them, as well as conducting research on how to improve aquaculture practices.

“We’re now seeing farmers produce more fish and better quality fish,” says Associate Professor Sammut.  “And that is important for them because it means they can feed their families nutritious, high quality protein daily.” 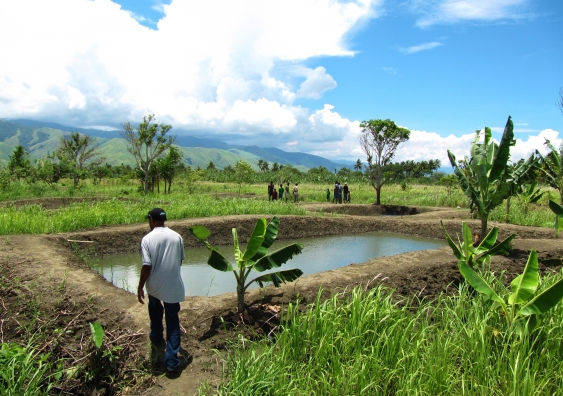 A pond for fish farming in PNG

Gideon Pama, of PNG’s National Fisheries Authority, which funds the project along with ACIAR, outlines some of the social benefits of the project in the new video filmed in the rugged region.

Fish production provides welcome extra income for families, he says. “People sell the fish in the markets, they get earnings and they pay for the children’s school fees or it assists with other spending in their households.”

The children’s performance at school improves with better nutrition, and the project is also credited with having led to a dramatic reduction in tribal fighting, particularly in the highlands.

It has given disengaged young people a sense of purpose in life, especially those involved in drugs, with marijuana crops being pulled out to make way for fish ponds, says Pama. “That’s something I’m really proud of.”

Prisoners are also taught to farm fish while serving their sentence, so they have a new livelihood when they are released and greater self-esteem. 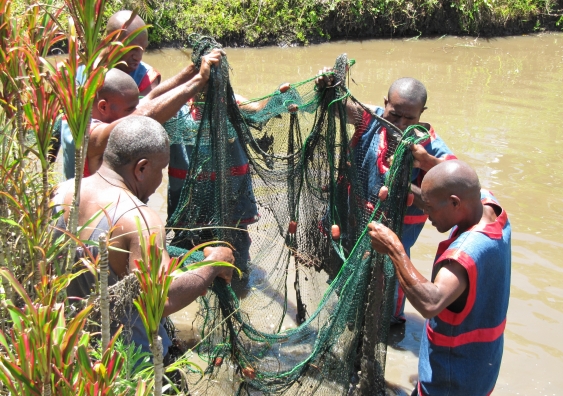 Gaius Lasarus, an inmate of Bihute prison, says he had previously thought that when he was released he would have no choice but to go back to a life of poverty, but fish farming has given him hope.

“I like to look after fish. I’m happy that when I go back to my home I’ll do that job. I’ll try to look after fish because my area has got many good rivers, many good creeks from the mountain to valley. So I can dig some fish ponds. I’ll become somebody," he says.

In the past ten years the number of fish farms has increased from 10,000 to 60,000. Scientific challenges include improving the genetics of the fish, the quality and cost of the fish feed, and the pond design and site selection.

Local people have also been trained as technicians, scientists and community engagement officers.

“I feel very positive about the future of the project,” says Sammut. “I’m certain that once this project comes to an end a lot of people we work with will carry on with the research independently.”