Opinion Fingerprint login should be a secure defence for our data, but most of us don't use it properly

While the data from a fingerprint is very hard to retrieve, cybercriminals can get around biometric technology in various ways. And having a weak passcode is like giving them a hall pass. 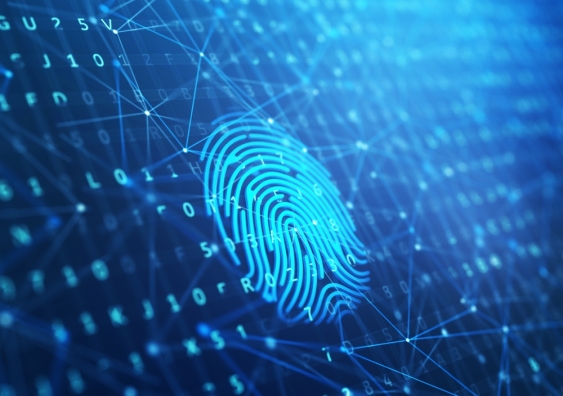 Even though passcode options include swipe patterns and long passwords, many users still use easy 4-digit PINs. This is because people are often lulled into a false sense of security when they use fingerprint login. Image from Shutterstock

Our electronic devices store a plethora of sensitive information. To protect this information, device operating systems such as Apple’s iOS and Android have locking mechanisms. These require user authentication before access is granted.

One of the most common mechanisms is fingerprint login, a form of biometric technology first introduced by Apple in 2013 as Touch ID.

Touch ID was introduced with the intuition that, if there was an easier and quicker way to log in, users would be encouraged to keep stronger passcodes and passwords without sacrificing ease of access. It was supposed to enhance both the usability and security of the device.

However, in application this hasn’t been the case. And most users remain unaware of this initial purpose.

When first unlocking an iPhone after starting it, users are asked to enter a strong six-digit passcode, instead of a simpler four-digit PIN. After that, Touch ID can be used to unlock the phone, to avoid having to re-enter the password multiple times.

The catch is, users can choose to ignore the direction and opt for an easy four-digit PIN, and they usually do.

Researchers found that among Touch ID users, the majority still used weak login codes, mainly four-digit PINs (which are easy to guess). This was also true among people who didn’t use Touch ID.

They also found more than 30% of participants weren’t aware they could use passwords with letters (which are stronger) instead of four-digit PINs.

Some participants indicated they used PINs for quicker access, compared to passwords. And most agreed that Touch ID offered usability benefits including convenience, speed and ease of use.

Interestingly, there was also a disconnect between how secure users thought their passcodes were, and how secure they actually were.

In fact, only 12% of participants correctly estimated their passcode’s strength

It’s important to understand how fingerprint login and other biometric systems work, before we use them.

A biometric is a unique biological characteristic which can be used to identify and verify a person’s identity. Apart from fingerprints, we see this in facial recognition scans, DNA tests, and less commonly in palm prints, and iris and retina recognition.

Biometrics are marketed as being a very secure solution, because the way biometric data is stored is different to the ways PINs and passwords are stored.

However, although it’s incredibly hard for cybercriminals to get access to your actual fingerprint data – since it’s encrypted and stored on the device itself – biometric systems are still not completely secure.

For instance, Apple’s fingerprint technology was compromised just two days after the launch of Touch ID (integrated into the iPhone 5S) in 2013. And since then, many people have managed to bypass Touch ID security by using dental mold or play-dough.

Similarly, it was shown that even the 2017 iPhone X’s Face ID feature could be compromised.

Users who use Touch ID with a four-digit PIN backup are also at risk. They’re susceptible to “shoulder surfing” attacks, where attackers simply look over a victim’s shoulder to see them input their PIN.

Other types of attacks include password guessing and even thermal fingerprint scanning, which involves using a thermal device to figure out which areas on a screen were most recently pressed, thereby potentially revealing a passcode combination.

The elephant in the room is that once biometric data such as a fingerprint is stolen, it’s stolen forever. Unlike a password, it can’t be changed.

Stolen biometric data can be used to identify users without their knowledge, especially if users are unaware of how their data is stored and collected.

That said, cybercriminals generally prefer to break into people’s devices through mind games, by luring victims into clicking on links or downloading attachments which eventually disclose their login credentials.

In public, a criminal might ask to borrow your phone for a call. In such situations, it’s often easy for them to steal your PIN simply through observation, rather than having to actually break into your device.

Touch ID technology was designed to enhance security and usability, and it would have, if people hailed its initial purpose and kept stronger passcodes.

But they don’t, because often they don’t understand the basis of the technology. With biometric technology, users experience a false sense of security. They remain unaware of the many ways in which their information could still be stolen.

This is why users should educate themselves on how the technologies they use function, and the purpose for which they were designed. Failing that, they risk leaving the back door wide open for cybercriminals.

The national security issue that will hit Australia’s economy