The DNA sequencing of a healthy German shepherd will mean dogs can be screened for hip and other diseases much more accurately. 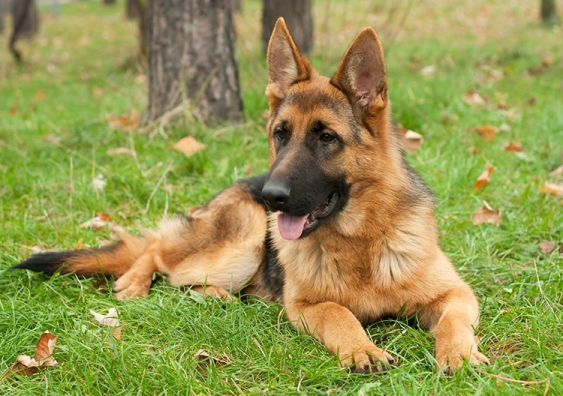 German shepherds are one of Australia's popular choices of canine. Photo: Shutterstock

Scientists have mapped the genome of the German shepherd, one of the world’s most popular canine breeds, after using a blood sample from ‘Nala,’ a healthy five-year-old German shepherd living in Sydney.

In a paper published today in respected ‘big data’ journal GigaScience, a global team of researchers from institutions including UNSW Sydney detailed the mammoth task of unravelling the 38 pairs of dog chromosomes to decode the 19,000 genes and 2.8 billion base pairs of DNA, using advanced genetic sequencing technology.

The new genome not only provides science with a more complete biological snapshot of the dog species (Canis lupus familiaris) in general, but also offers a reference for future studies of the typical diseases that afflict this much-loved breed.

UNSW Science’s Professor Bill Ballard, an evolutionary biologist who sequenced the genome of the Australian dingo in 2017, says German shepherds are popular choices in the home and the workplace because of their natural intelligence, balanced temperament and protective nature. But after more than a century of breeding for desired physical characteristics, they are particularly vulnerable to genetic diseases.

“One of the most common health problems affecting German shepherds is canine hip dysplasia, which is a painful condition that can restrict their mobility,” says Professor Ballard.

“Because German shepherds make such good working dogs, there has been a lot of money spent looking into the causes and predictors of this problem. When working dogs – such as those trained to work with police or to help people with disabilities – end up getting hip dysplasia, then that’s a lot of lost time and money that has gone into the training of that dog.

“Now that we have the genome, we can determine much earlier in life whether the dog is likely to develop the condition. And over time, it will enable us to develop a breeding program to reduce hip dysplasia in future generations.” 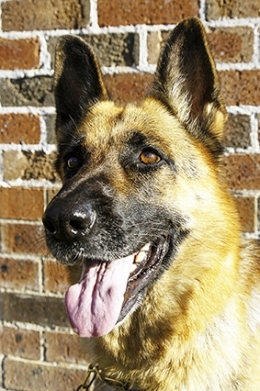 Nala, who was described in the paper as “an easy going and approachable 5.5 year old,” was selected because she was free of all known genetic diseases, including no sign of hip dysplasia. She was located by well-known TV and radio vet Dr Robert Zammit – credited as an author of this paper – who Professor Ballard says has amassed X-rays and blood samples of more than 600 German shepherds.

“Now we’ll be able to look at those hip x-rays and all the DNA of those dogs and compare them back to this healthy reference female,” Professor Ballard says.

Nala isn’t the first domestic dog to provide a sample for the mapping of the dog genome. In 2003 a poodle called Shadow provided a sample that resulted in a genome that was 80 per cent complete, followed two years later by the first complete mapping of the genome of ‘Tasha’ the Boxer.

But in the decade and a half since, technology has vastly improved to the point that the number of gaps – or regions of DNA bases that are unreadable – has fallen dramatically, making the mapping of Nala’s genes the most complete yet.

“The biggest difference between the mapping today and in 2005 is that we now use long read sequencing,” says Professor Ballard.

“The Boxer’s genome was put together with ‘Sanger’ sequencing, which can read about 1000 bases in length at a time, while the technology that is available today – Next Generation sequencing – can read up to 15,000 bases.

“What this means is if you’ve got a region of genes that is duplicated and running more than 1000 bases, Sanger sequencing will not be able to tell you which part of the genes that particular sequence comes from. So whereas there were about 23,000 gaps in Sanger’s Boxer genome, the Next Gen sequencer had just over 300.”

The German shepherd genome is also an advance on 2005’s Boxer genome because of the breed itself. As Boxers are more specialised, with more inbreeding in their genetic history, the German shepherd’s genome is therefore more generic. The authors believe that this will provide better understanding of the evolution of dog breeds in general.

Professor Ballard reckons this will not be the last time a domestic dog breed’s genome is sequenced.

“I would expect that as the costs come down, all the major breeds will have a genome mapped within 10 years, because this will help identify specific diseases, and lots of breeds have known specific diseases.”

The German shepherd genome project was funded by Australian Canine Research Foundation as well as a crowd funding campaign called Hip to Fit.