You can’t have an innovative nation without investing in science, writes Merlin Crossley. 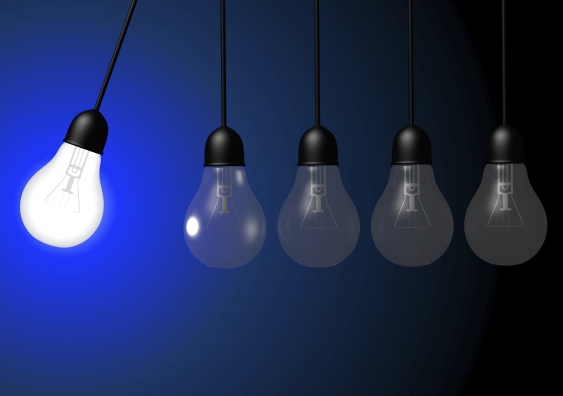 OPINION: You can’t have an innovative nation without investing in science.

This is the message being trumpeted by business leaders in Australia ahead of the prime minister’s forthcoming innovation report, due out this month.

They say that science, technology, engineering and mathematics (STEM) must be at the forefront of the innovation debate if the government wants Australia to remain competitive in a global marketplace.

Australia is one of the countries that spends the least on research and training. It is also recognised as having one of the worst levels of engagement in the world between science research and industry.

And following the 2015 federal budget, it doesn’t look like science will be much better off.

But there’s no denying that science has an impact on driving economic growth and innovation.

Australia is world-leading in its research into contact lens design, crop development and solar energy. Its researchers invented WiFi and developed the Gardasil cervical cancer vaccine.

Australian work on weather and climate predication systems is highly advanced and is essential for protecting communities and to agricultural planning. This is to name but a few examples.

If this is what Australia can do on little funding, then think how much it could achieve if the government was demonstrably committed to science.

Our neighbours in Singapore, South Korea and China are in no doubt that strategic investment in scientific excellence is the way to boost innovation.

Their investments extend from primary schools to universities and into major national research institutions. The idea is to create a culture of innovation, rather than a series of quick fixes.

So how can Australia use STEM to lead the innovation debate? Here are five suggestions:

Innovation is reliant on core scientific knowledge, curiosity and critical thinking, and a stably resourced research sector that can spin out and support nascent industries.

Discovery leads nowhere unless the right culture and infrastructure are in place.

Penicillin mould had been growing on oranges for centuries but only when a spore wafted into Alexander Fleming’s laboratory was the infrastructure and mindset ready to capitalise on the discovery. It took another decade for Australian Howard Florey and his colleague Ernst Chain to produce usable penicillin.

Strong education systems that encourage curiosity and analysis where Australians are exposed to STEM and techniques like data analysis, together with stable infrastructure, are essential for fostering a generation of 21st-century entrepreneurs.

New discoveries trigger questioning and open people’s eyes to new possibilities, inventions and applications. A scientific mindset can challenge our preconceptions and attract people to the very idea of progress.

Australian Nobel Prize winners Barry Marshall and Robin Warren worked within a confident medical research community but by constantly questioning the status quo they identified the true cause of stomach ulcers - the infectious bacteria Helicobacter pylori - that had remained hidden under the false premise that stress rather than microbes caused ulceration.

Sometimes we seem to be heading in the wrong direction, but science can get us back on track. Could anything other than the power of scientific data have stood in the way of the growing tobacco empires, or have prompted us to remove lead from petrol or ozone-depleting substances from the atmosphere?

Knowledge is power but ignorance is limiting and dangerous. Appreciating the basic principles of science and how rigorously it is conducted should allow us to better answer simple but important questions, such as should my children be vaccinated? Is drinking fluoridated water and eating iodised salt safe and beneficial?

Anyone familiar with science will tell you the answer to all these questions is yes.

Life expectancy in Australia has improved dramatically. One hundred years ago one might have expected to live to around 50, but now lifespans have increased by more than 30 years. Science has underpinned this improvement.

In a globally connected world, being good at science increases opportunities for connections.

The recent UNESCO report paints an alarming picture of a 40% decline in the number of Australian patents, while at the same time showing how neighbouring countries are investing heavily in research.

Singapore increased its spending on research by 20% in the last five years; South Korea aims to invest 5% of GDP by 2020; and China is on track to become the global leader in research investment. The US invests nearly 3% of its GDP in research, while Australia, at 2%, has been below the OECD average for the last 15 years.

STEM provides us with the opportunity to join in and capitalise on advances in knowledge. We must not let Australia fall behind.

Universities contribute about 10% to the Australian economy. And it’s estimated that 11% of Australia’s economic output is underpinned by advanced physical and mathematical sciences.

Basic skills such as data analysis, critical thinking and mathematical literacy will most likely increase in importance, highlighting the importance of good STEM education.

We stand at a crossroads. A new vision for science is being articulated in Australia. One needs only modest critical thinking skills to see that the evidence for sustained investment is compelling.