New research shows it is the kind of diet a primate species consumes that offers the best explanation for its brain size, writes Darren Curnoe. 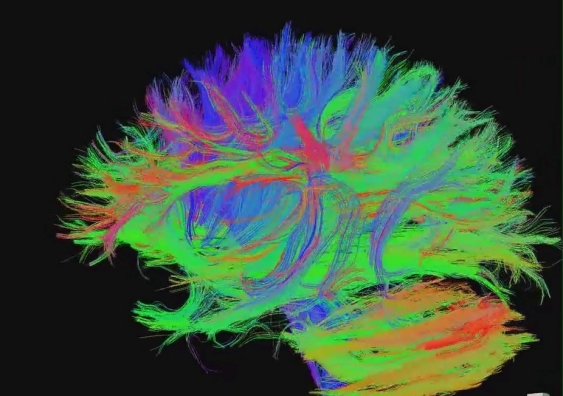 OPINION: It’s the mystery of all mysteries of science. Why is it that humans are so unusual compared to all other life? The key to solving this riddle lies in explaining the evolution of our large brains and exceptional intelligence.

I don’t believe it’s an exaggeration to say that the evolutionary arrival of humankind – some 200,000 years ago – was a decisive moment in the long history of the universe. After 14 billion years in the making, and in the blink of an eye of cosmological time, human intelligence arrived and gave the universe the ability to comprehend itself.

Maybe this all seems a little too anthropocentric for your taste? Smacks of literary indulgence on my behalf? Perhaps. But the simple matter is that we can’t avoid the fact of human uniqueness, and explaining it is tied to understanding the evolution of our extraordinary brainpower.

The eighteenth century British anatomist and creationist Richard Owen, one of Charles Darwin’s foremost foes, thought humans were so unusual that we ought to be classified in our own sub-class – the ‘Archenecephala’ as he dubbed it – on account of our highly advanced brain.

It rather conveniently stood us apart from the apes, confirming his view of the specialness of humankind.

By the standards of today’s biological classifications this would place us in a position in the tree of life above all of the orders of mammals, making us about as exceptional as the monotremes are to the placentals.

But with the facts of our evolution now well and truly established we have a much better understanding our place in nature, as members of the primate order, and particularly as African Great Apes.

To really understand how the human brain emerged we must first recognise that we share big brains with other primates. It’s our evolutionary inheritance, as primates are among the brainiest of all mammals; when taken kilo for kilo against body size. And apes are especially well endowed in the brains department.

Why? Well, this has been a major puzzle for anthropologists for decades, and the most widely accepted explanation has been the cognitive demands placed on us by living in large social groups; the so-called ‘social brain hypothesis’ or ‘Dunbar’s Number’.

The main alternative has been that braininess evolved in response to the demands of sex. Polygynandrous species - where males and females have multiple partners in a given breeding season - possess larger brains than those using other systems of mating, such as a harem or monogamy.

Now a new study by Alex DeCasien and colleagues published in Nature Ecology and Evolution has turned the debate completely on its head. They’ve found that the kind of diet a primate species consumes offers the best explanation for its brain size.

While this idea is not an entirely new one, their work provides strong validation for the diet-brain connection.

When it comes to apes it turns out that fruit eating - the dietary niche present in most living apes and the one our ancient ape ancestors indulged in - is so cognitively demanding that it led to a big evolutionary leap in intelligence when it began.

How come? Well, challenging diets require individuals to seek out or capture food; they have to judge whether it’s ready to be eaten or not; and they may even need to extract it, peel it, or process it in some way before it can be ingested.

Sound familiar? It should. Humans have the most specialised and challenging diets of all primates; and I have in mind here hunters and gatherers not urban foodies.

The human dietary niche is exceptionally broad and involves behaviours aimed at not only obtaining food but also making it more palatable and digestible; activities like extraction, digging, hunting, fishing, drying, grinding, cooking, combining other foods to add flavor, or even adding minerals to season or make food safe to eat.

What other species would so gleefully jiggle their jaws on the flames of a Jalapeno or lap up the tongue curling delights of a lemon?

What’s more, our large fruit eating ape brains got even bigger late in human evolution because our diets became ever more challenging to obtain and prepare, especially as a result of our ancestor’s penchant for eating meat.

Humans rarely eat raw meat though, and we cook many of our vegetables as well, so even after expending huge efforts to collect it we still have to process much of our food in drawn out ways.

All of this throws up a paradox for us. Why is it that our closest and now extinct relatives, such as the Neanderthals, who were capable of complex behaviours like hunting, cooking and perhaps even cultural activities like art, lacked the smarts to ponder the ultimate questions of life?

Why is it us, and not them, that are capable of pondering and explaining the existence of life and the universe, including human life itself? There is clearly something very unique about human intelligence and a lot more to this evolutionary tale than mere food for thought.