Australia's best science writing prize has been celebrated with the award of the Bragg UNSW Press Prize and the launch of The Best Australian Science Writing 2016. 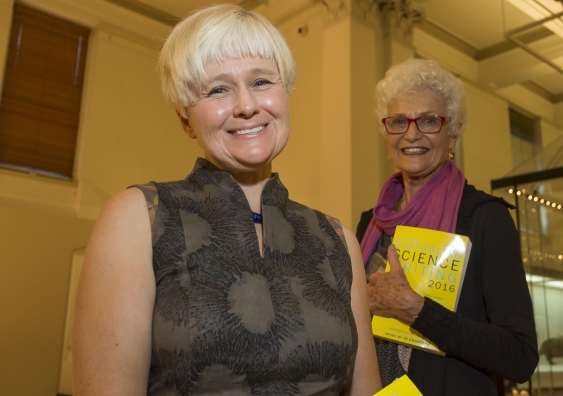 The Bragg UNSW Press Prize for Science Writing has been awarded to author Ashley Hay for her article The Forest at the Edge of Time, about the threat to eucalypts from climate change.

The $7,000 prize was announced in November by eminent epidemiologist and former Australian of the Year Professor Fiona Stanley AC at a ceremony hosted by UNSW Press and UNSW Science.

Runners-up prizes of $1,500 each were also awarded to Susan Double for her article Beautiful Contrivances, on the sexual deceit of orchids, and to Fiona McMillan for her article Lucy’s Lullaby: Song for the Ages, on human evolution and childbirth. 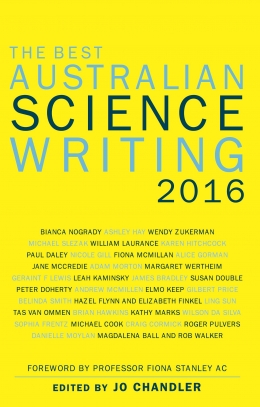 The winning works appear in The Best Australian Science Writing 2016, the sixth in an acclaimed series of anthologies published by UNSW Press (NewSouth), which contain short non-fiction pieces of writing about science for a general audience.

This year’s edition was edited by Walkley Award–winning journalist and author Jo Chandler, while next year’s will be edited by The Guardian’s environment reporter Michael Slezak.

Professor Stanley said it was vital that people were engaged with science so they could make decisions about challenges such as climate change, environmental degradation and health issues.

“Getting information out in a way that is exciting, either on TV or on radio or in good writing like this, enables democracy,” she told the audience.

Professor Stanley, who also wrote the foreword to the book, commended UNSW for establishing the anthology and the prizes for writers and students. “I believe giving awards is a great thing for encouraging young people in science, particularly in Years 7 to 10.” She said Hay’s winning entry was an incredibly important essay: “It was chilling, but beautifully told.”

UNSW President and Vice-Chancellor Professor Ian Jacobs presented the UNSW Bragg Student Prize for Science Writing. The winner was Marissa Petrakis from Meriden School, and the two runners-up were Chelsy Teng from James Ruse and Gemma Macauley-Black from Frensham School.