UNSW Canberra researchers are closer to understanding how stars evolve and explode as supernovae, producing elements necessary for forming life on Earth. 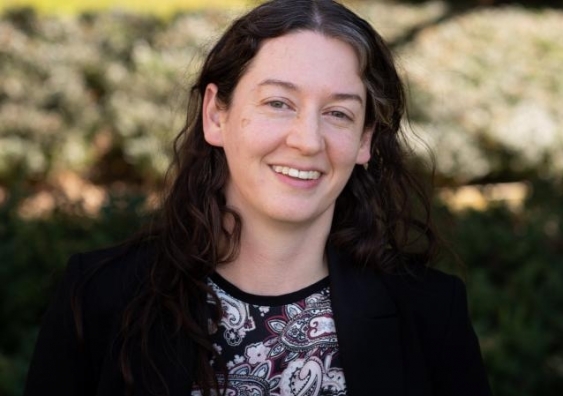 Dr. Ivo Rolf Seitenzahl and Dr. Ashley Ruiter are both Australian Research Council Future Fellows at the School of Physical, Environmental and Mathematical Sciences, UNSW Canberra. The two were part of an international team who found a mysterious object within the remnants of a young supernova. Their findings were published on 02 April 2018 in Nature Astronomy.

"We discovered the X-ray emitting neutron star in an approximately 2,000 year old supernova remnant in the Small Magellanic Cloud, a satellite dwarf galaxy of our own Milky Way,” says Dr. Seitenzahl.

A supernova is a massive explosion of a dying star that ejects its mass and heavy elements into the surrounding space. The team came across the discovery as they were investigating several significant and unsolved problems in astrophysics: how do massive stars evolve to form a particular type of supernova, how do these supernovae explode, and what elements are produced in these explosions?

“A large portion of life on Earth is composed of the chemical elements produced in supernova explosions. We are still learning details about our origins - in particular, how dying massive stars explode and produce elements such as oxygen, neon, and sulphur,” Dr. Seitenzahl says.

Dr. Frédéric Vogt, a Fellow at the European Southern Observatory in Chile, and lead author of the article says Supernova remnants are crucial to understanding the ecology of our galaxy.

“It is the first time that such a structure is identified in the vicinity of this kind of isolated neutron star. This is yet another demonstration of the power of integral field spectroscopic observations to discover new facets of the Universe,” Dr Vogt says.

The study was carried out using the The Multi-Unit Spectroscopic Explorer (MUSE) instrument at the 8.4m Very Large Telescope at Cerro Paranal in Chile. MUSE covers a 1arcmin x 1arcmin area with roughly 90,000 spatial pixels, each recording a spectrum independently. MUSE couples the discovery potential of an imager with the measuring capabilities of a spectrograph, producing a 3-dimensional data “cube”, capturing both the spatial and wavelength information at high resolution.

The team also accessed archival data from the Hubble Space Telescope, and the Chandra X-ray Observatory.

Dr. Ruiter says the fact that the supernova explosion left behind a neutron star, and not a black hole is an interesting discovery in itself. It is still unknown which stars leave behind one or the other.

“A black hole is much harder to detect,” she explains. “Actually, without any detections one could say maybe it actually left behind a black hole, or that the neutron star is just not detectable. But, this study provides a direct link between the detected remnant - a neutron star - and its predecessor, the progenitor star. Making such links helps us better understand the explosion mechanisms of supernovae.”

The identification of the neutron star is only the beginning. Dr. Seitenzahl adds that the origin of the associated torus, with oxygen, neon, and carbon emission, is still quite puzzling.

“Though it surrounds the cooling neutron star, we have not yet conclusively found an explanation for the origin of the torus. We're quite sure that it is almost certainly related to the supernova explosion and the formation of the neutron star, however, we are still unclear about when, how, and why the torus was formed,” he explains.

Dr. Ruiter adds that the morphology of material in the neutron star's vicinity hints that, maybe, this neutron star's precursor was once very close to another star.

“Single stars usually behave in ways that are easy to predict,” she explains.

“However, there is evidence from other studies that indicate at least some massive stars that explode are living in pairs. When two stars are close to each other, one can dump matter on, or strip matter from, the other, making things more challenging to interpret."