UNSW has six finalists in the NSW Fresh Science competition that provides training to early career researchers on how best to communicate their science. 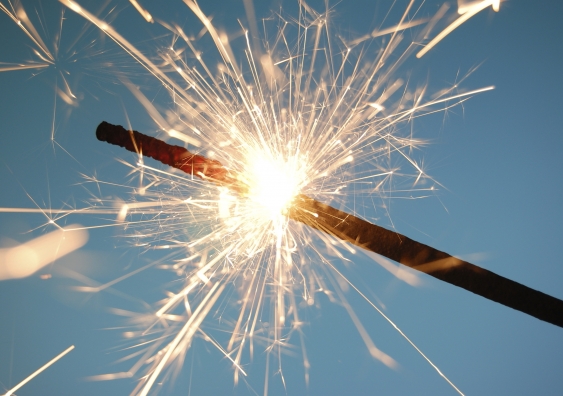 Fresh Science comp challenges scientists to communicate their research before the sparkler runs out. Image: iStock

UNSW has six finalists in the NSW Fresh Science competition that provides training to early career researchers on how best to communicate their science to the general public, media, government and industry.

In total,11 researchers were selected from 56 entrants in NSW for a one-day workshop of media and presentation skills, to be held at the Australian Museum on Monday 31 August.

The public can hear the finalists speak that evening at an informal event in a Sydney pub where they have to describe their research in the time it takes for a sparkler to burn out.

The six UNSW finalists and their topics are:

UNSW Science Associate Dean (Research) Professor Chris Tinney says UNSW is pleased to be a sponsor this year of the NSW state competition.

“As a former Fresh Science finalist myself, I know how valuable an experience participation in this competition is for early career researchers,” he said.

“UNSW Science leads the way in encouraging its scientists to engage with the general public and the media. This event aligns well with our other science communication initiatives.”

UNSW Science also holds an annual competition for postgraduate research students which involves them giving a one-minute long talk about their thesis.

In 2014, Dean of Science Professor Merlin Crossley established an annual UNSW Scientia Medal for Science Communication, which this year was awarded to Professor Stephen Hawking and his daughter Lucy Hawking at a ceremony at the Sydney Opera House.

Late last year, UNSW and ABC Radio National launched Top 5 Under 40 – a national science communication competition for researchers under the age of 40 years. The five winners have undergone a media training program as Scientists in Residence at RN’s Sydney studios.

The NSW Fresh Science event in the Three Wise Monkeys Hotel on George Street is free but registration is essential.