The future of clean energy? New, cheap and efficient electrode for splitting water

UNSW scientists have developed an efficient oxygen-producing electrode for splitting water that can be scaled up to produce hydrogen – a clean energy fuel. 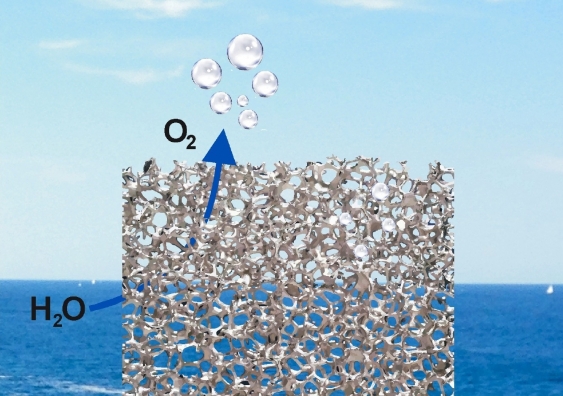 An artist's impression of the water splitting electrode

UNSW scientists have developed a highly efficient oxygen-producing electrode for splitting water that has the potential to be scaled up for industrial production of clean energy fuel, hydrogen.

The new technology is based on an inexpensive, specially coated foam material that lets the bubbles of oxygen escape quickly.

“Our electrode is the most efficient oxygen-producing electrode in alkaline electrolytes reported to date, to the best of our knowledge,” says Associate Professor Chuan Zhao, of the UNSW School of Chemistry.

“It is inexpensive, sturdy and simple to make, and can potentially be scaled up for industrial application of water splitting.”

The research, by Associate Professor Zhao and Dr Xunyu Lu, is published in the journal Nature Communications.

Inefficient and costly oxygen-producing electrodes are one of the major barriers to the widespread commercial production of hydrogen by electrolysis, where the water is split into hydrogen and oxygen using an electrical current.

Unlike other water electrolysers that use precious metals as catalysts, the new UNSW electrode is made entirely from two non-precious and abundant metals – nickel and iron.

Commercially available nickel foam, which has holes in it about 200 micrometres across, or twice the diameter of a human hair, is electroplated with a highly active nickel-iron catalyst, which reduces the amount of costly electricity needed for the water-splitting to occur.

This ultra-thin layer of a nickel–iron composite also has tiny pores in it, about 50 nanometres across. 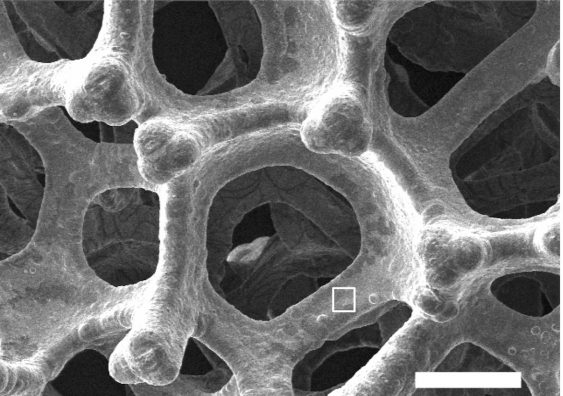 “The three-dimensional architecture of the electrode means it has an enormous surface area on which the oxygen evolution reaction can occur,” says Associate Professor Zhao.

“The larger bubbles of oxygen can escape easily through the big holes in the foam.  As well, the smaller holes make the electrode surface ‘wetter’, so the bubbles do not stick to it, which is a common problem that makes electrodes less efficient.”

Hydrogen production is a rapidly growing industry, but the majority of hydrogen is still produced using fossils fuels such as natural gas, oil and coal, because this approach is still cheaper than electrolysis of water.

Hydrogen is a great fuel for powering mobile devices or vehicles, and storing electricity generated from renewable energy, such as solar.

“I think this electrode has great potential for the industrial-scale production of hydrogen. Our next goal is to understand the science behind it and to further improve its performance.  Cleaner sources of fuel like hydrogen will be particularly important for reducing carbon dioxide emissions and solving the air pollution problems from the burning of fossil fuels such as coal,” says Associate Professor Zhao.