It is synonymous with an Aussie summer but the humble backyard hose could be a breeding ground for legionella bacteria, UNSW research has found. 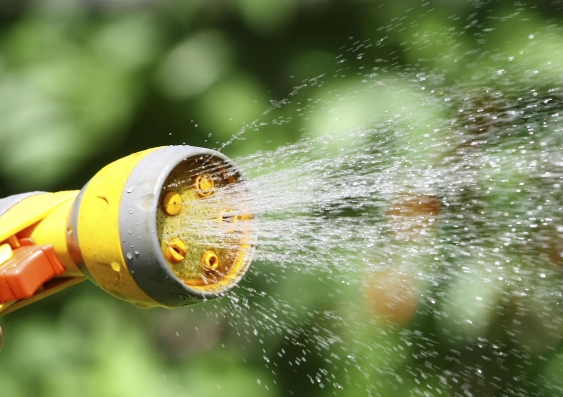 The legionella grow within microbial slime on the inside of the hose called biofilm (Photo: Thinkstock)

It is synonymous with an Aussie summer but the humble backyard hose could be a bacterial breeding ground, providing the ideal conditions for the organisms that cause Legionnaires’ disease to flourish, UNSW research has revealed.

Water sanitation expert Dr Jacquie Thomas, an adjunct research fellow at the School of Civil and Environmental Engineering, led an 18-month study into the growth of legionella inside garden hoses and said she was “surprised” by the results.

The organisms thrive in warm, damp environments, with outbreaks linked to spas and pools, fountains and air-conditioning cooling towers.

There have been Legionnaires cases linked to hose use in Brazil and the Netherlands, but Thomas’ study is the first to examine legionella growth in an Australian context.

Published in the journal Environmental Science and Technology, the study found that legionella thrive inside garden hoses lying in the summer heat, multiplying within host cells called free-living amoebae that amplify their virulence.

Legionella hide inside the amoebae to evade water disinfection measures, and the summer heat spurs their growth under conditions Thomas describes as a “microbial soup”.

“We were actually quite surprised at just how dense the populations of both the amoeba and also the legionella were within the hoses,” says Thomas of the study, conducted at UNSW’s Water Research Centre.

The legionella grow within microbial slime on the inside of the hose called biofilm – a “complex architecture of microorganisms” which dislodges in fragments and spurts out with the water when the tap is turned on.

Thomas’ modelling showed that the potential legionella concentration within the aerosols of a hose is comparable to that seen in Legionnaires outbreaks from public spas.

The heat is key – legionella grow at between 25-42 degrees – while the amoebae switch on genes which make the bacteria “more virulent and more pathogenic” than ever, says Thomas.

Though the study only examined two hoses Thomas said it was part of a growing body of evidence suggesting “a potential source of transmission that needs to be looked at further”.

The findings could also have broader implications for other bacteria, with species including mycobacterium, pseudomonas and parachlamydiae having similar growth requirements.

Until then there are a few simple measures you can take to minimise your risk.

“Bacteria need water, if you hang up the garden hose to drain it will reduce the opportunity for the pathogens to regrow.”

"Harmless" microbes may be water risk