Adélie penguin numbers at Cape Denison in Antarctica have crashed from more than 160,000 birds in 2011 to just a few thousand following the grounding of a giant iceberg in Commonwealth Bay. 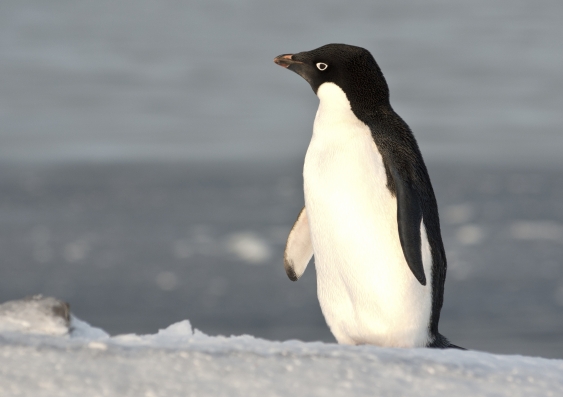 Adélie penguin numbers at Cape Denison in Antarctica have crashed from more than 160,000 birds in 2011 to just a few thousand following the grounding of a giant 97km iceberg in Commonwealth Bay.

New research published in the journal Antarctic Science and co-authored by UNSW's Climate Change Research Centre reveals that until 2010 Commonwealth Bay was rarely covered by sea ice, making it an ideal place for Adélie penguin colonies. An extensive area of open water existed close to the shore, kept open by the strong winds that travel off the Antarctic ice sheet.

It was this area of open water that made it an ideal location for Sir Douglas Mawson’s 1911-1914 research station during his original Australasian Antarctic Expedition.

Conditions changed dramatically in December 2010 when the giant iceberg B09B, with an area of around 2900 square kilometres, grounded in Commonwealth Bay after colliding with the Mertz Glacier Tongue. Interestingly, the collision also broke off a huge chunk of ice from the tongue that has now formed a 73km-long glacier, which is now floating around Antarctica.

“Over the past five years the regional changes triggered by iceberg B09B have led to an order of magnitude decline in Adélie Penguin numbers and catastrophic breeding failure in comparison to the first counts undertaken by Mawson a century ago,” says lead author Dr Kerry-Jayne Wilson of the West Coast Penguin Trust.

The decline can be directly related to fast ice expansion (floating sea ice that is permanently attached to the land)  in the region due to the grounding of B09B in 2010. The grounding of B09B means Adélie penguins now have to walk more than 60km to find food.

“It was heart wrenching to see the impact of the fast ice on the penguins,” says Dr Wilson. “The normally noisy and aggressive Adélie penguins were so subdued they hardly acknowledged our intrusion into their realm. It was sad to walk amongst thousands of freeze-dried chicks from the previous season and hundreds of abandoned eggs.”

In contrast, an Adélie colony on the eastern fringe of Commonwealth Bay just 8 km from the fast-ice edge was thriving, indicating the arrival of B09B and fast-ice expansion was responsible for the observed population decline.

“Over the last year the fast ice associated with B09B has begun to break up in Commonwealth Bay, which is great news for the penguin colonies,” says co-author Dr Chris Fogwill of the UNSW Climate Change Research Centre.

“However, the effects of the changes over the past five years we have observed on the ecosystems in and around Commonwealth Bay will help us better understand the impacts of such large scale events on the fragile Antarctic ecosystem.”

The survey was undertaken during the Australasian Antarctic Expedition 2013-14.