Global vegetation has increased by the equivalent of 4 billion tonnes of carbon – despite ongoing large-scale deforestation in the tropics. 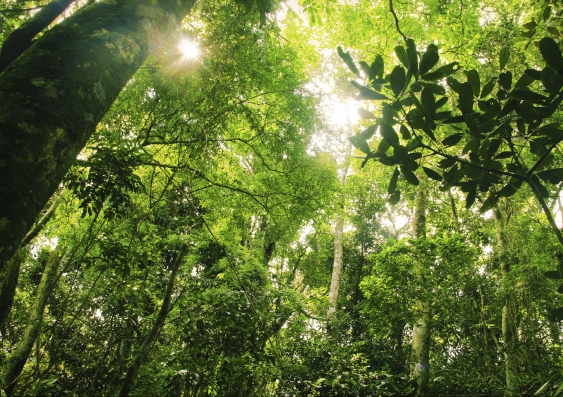 Analysis of 20 years of satellite data has revealed the total amount of vegetation globally has increased by almost the equivalent of 4 billion tonnes of carbon since 2003. This is despite ongoing large-scale deforestation in the tropics.

An Australian-led international team of scientists published the findings in Nature Climate Change, finding a range of causes for the increase.

“The increase in vegetation primarily came from a lucky combination of environmental and economic factors and massive tree-planting projects in China,” said Dr Yi Liu a lead author and remote sensing scientist from the Centre of Excellence for Climate System Science at UNSW Australia.

“Vegetation increased on the savannas in Australia, Africa and South America as a result of increasing rainfall, while in Russia and former Soviet republics we have seen the regrowth of forests on abandoned farmland. China was the only country to intentionally increase its vegetation with tree planting projects.”

At the same time massive vegetation loss is still occurring in many other regions. The greatest declines have been on the edge of the Amazon forests and in the Indonesian provinces of Sumatra and Kalimantan – the Indonesian part of Borneo.

To get their results the team pioneered an entirely new technique to map changes in vegetation biomass over time, using satellite measurements of natural radio waves emitted from the Earth’s surface.

“With our approach we found unexpectedly large vegetation increases in the savannas of southern Africa and northern Australia. The increase in Australia occurred despite ongoing land clearing, urbanization and big droughts across other parts of Australia.”

The increased greening means the total amount of carbon captured in Australia’s vegetation has increased.

The main cause of this strong growth over the savannas came from higher rainfall, particularly in recent years, although higher levels of CO2 in the atmosphere may have helped plants there to grow more vigorously.

However the situation could rapidly reverse if the savannas were to experience extended dry periods, according to CSIRO’s Dr Pep Canadell, a co-author of the study and director of the Global Carbon Project

“This study shows this capture of carbon is very sensitive to year-to-year changes in rainfall over savanna regions, both for Australia and for the global CO2 budget,” Dr Canadell said

“It’s important to recognize that global warming would be happening faster if some of our CO2 emissions were not captured by this vegetation growth.”

But even with the good news of nature helping regulate Earth’s climate, Dr Canadell said there was still only one way to reduce the impacts of global warming.

“We know about 50% of emissions from human activities stay in the atmosphere even after the other half is removed by terrestrial vegetation and oceans. The only way to stabilise the climate system is to reduce global fossil fuel emissions to zero.”

Vital Signs: how inflation in China and the US could affect Australia