Opinion The government has pledged over $800m to fight natural disasters. It could be revolutionary — if done right

Australians have endured floods, bushfires and hailstorms and more over the last two years. The government is better aligning policy to deal with disasters, but its plan is somewhat half-baked. 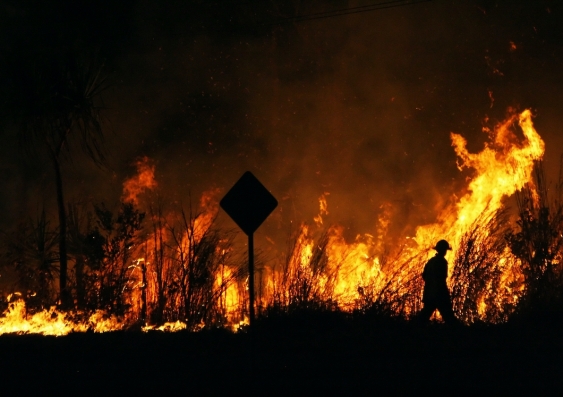 To help Australia adapt to climate change and manage the disasters that come with it, the federal government this week pledged $600 million towards establishing the National Recovery and Resilience Agency, and $210 million for the Australian Climate Service initiative.

The sizeable investments make sense, as Australia’s threat landscape has changed. Climate change, drought, land clearing, urban growth and other activities have significantly increased the chances of natural hazards and disasters Australia-wide. All of which are costly to recover from.

The new organisations could deliver revolutionary benefits to Australia by better aligning policy and practice in a more agile way that matches the complex set of threats we face.

There are, however, issues that warrant attention. It’s not yet clear how the government plans to bring together Australia’s best experts — including policy thinkers, emergency managers, researchers and practitioners — to address the complex, evolving threats. Currently, it seems the role of universities has not been adequately defined.

The 2019-20 bushfire season was arguably the most extreme in living memory. It started earlier than what might normally have been expected and made history for its severity and widespread damage to life, property and the environment.

Bushfires weren’t the only natural hazard Australia dealt with during this period. Insurance claims from hailstorms, flooding and bushfire damage for the 2019-20 period exceeded $5.19 billion. 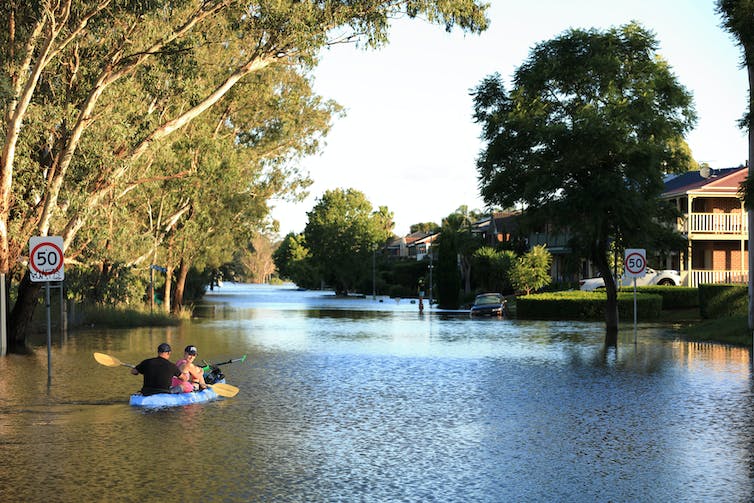 The March floods in western Sydney peaked at a staggering 12.9 metres. Photo: Shutterstock

Then came the severe flooding across New South Wales in March, which peaked at 12.9 metres. As of March 23, policyholders had lodged up to 11,700 insurance claims associated with these storms.

Read more: The world endured 2 extra heatwave days per decade since 1950 – but the worst is yet to come

While these recent disasters were unprecedented in their scale and impact, we can expect disasters in the future to worsen due to climate change, from longer heatwaves to intensifying cyclones and a range of cascading and cumulative impacts on society.

This is why the federal government’s announcement this week is extremely important.

So what will these initiatives do?

The new organisations are in response to recommendations from the recent bushfire royal commission, and as part of next week’s federal budget.

The National Recovery and Resilience Agency will be led by former Northern Territory chief minister Shane Stone, and brings together the responsibilities of the national agencies in charge of flood and bushfire recovery.

Its job is to oversee $600 million that will go towards new programs for disaster preparation and mitigation. It’ll focus on minimising disruptive impacts on communities and assist in making them ready to face future disasters. It will also administer the $2 billion National Bushfire Recovery Fund on an ongoing basis.

A key enabler of this is the National Climate Resilience and Adaptation Strategy, which is currently getting updated after its first release in 2015. The new strategy will be released later this year, and should be vital in underpinning the direction of the new agency.

The government must ensure the strategy provides guidance that matches the goals of the new agency - in particular that of building resilience. It’s important to recognise that while disaster response is generally similar across the board, the effects of disasters vary depending on the community, urban and physical features, as well as socioeconomic levels and access to services.

And the Australian Climate Service initiative will, according to Environment Minister Sussan Ley:

help provide an environmental road map in our planning for infrastructure, housing and basic services like power, telecommunications, and water [and in] anticipating and adapting to the impacts of [a] changing climate.

Together, the benefits of both new organisations have the potential to be revolutionary.

They — along with a new national research centre focused on hazard resilience and disaster risk reduction (announced in July last year) — may be the largest realignments in disaster management policy and practice for a generation.

But how they’re implemented and coordinated will, ultimately, determine this.

There’s more to do

A potential issue with the Australian Climate Service Initiative that might limit its effectiveness is its emphasis on the roles of the Bureau of Meteorology, CSIRO, the Australian Bureau of Statistics and Geoscience Australia.

This collaboration means the initiative has access to huge amounts of data, information resources, and links to the National Environmental Science Program and Great Barrier Reef Restoration and Adaptation initiatives.

Read more: 'We know our community better than they do': why local knowledge is key to disaster recovery in Gippsland

But we shouldn’t forget many Australian universities have considerable relevant expertise at their disposal, too. Not including the network of expertise and experience of universities means we may be shooting ourselves in the foot.

What’s more, the National Recovery and Resilience Agency intends to provide accredited training for people working in disaster recovery. The deep training and development expertise of universities is a perfect fit for this goal.

To really embed the benefits, we need to break down historical silos between national, state and local agencies. On-the-ground efforts for disaster risk reduction, emergency management and response, and the broad social aspects of recovery are largely state and local government responsibilities.

Crisis response planning and action is a team-based sport, so getting the federal, state and local governments — and the private sector — involved will help streamline the application of the new disaster policies and protocols embodied in the announced changes across the continent.

Read more: National and state leaders may not always agree, but this hasn't hindered our coronavirus response

We saw this type of team-based effort at a national level when the emergency national cabinet was established to oversee collaborative decision-making in response to the COVID-19 pandemic. It’s joined-up thinking that enables rapid and more complete decision- making.

In short, we need better collaboration. How we can work together and utilise all our capabilities and capacities are questions that need to be at the forefront of national thinking.

This story is part of a series The Conversation is running on the nexus between disaster, disadvantage and resilience. You can read the rest of the stories here.

Opinion: Satellite could warn on floods