Opinion The government hopes private investors will help save nature. Here's how its scheme could fail

The nature repair market is sold as a good news story: willing land managers benefiting nature with support from the private sector. But if offsets are part of it, the reality could be very different. 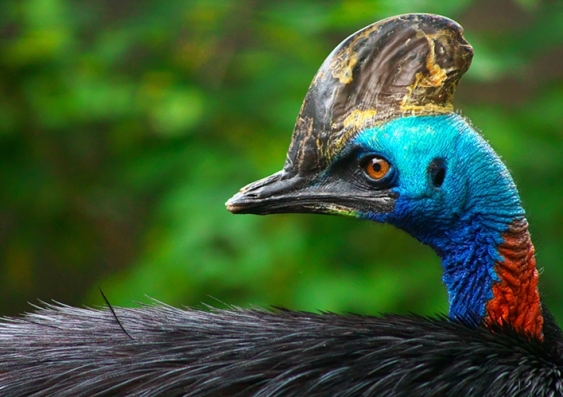 This week’s federal budget reiterated the government’s plan to establish a new scheme for encouraging private investment in conservation, called a biodiversity market (now, rebranded to a “nature repair” market).

A biodiversity market would see landholders granted certificates for restoring or managing local habitats. Landholders could then sell these certificates to, for instance, businesses.

But the effectiveness of such schemes overseas and in Australia can at best be described as mixed. Whether biodiversity markets can actually improve the dire trajectory of our native plants and animals depends heavily on two things:

Unfortunately, the government is sending mixed messages on this critical issue. Federal Environment Minister Tanya Plibersek has said while the market “is not designed to be an offset scheme”, companies could still buy certificates to compensate for damage they cause to nature.

In submissions to the recent public consultation on the proposed market, we and other experts argued the scheme should explicitly rule out the use of certificates as compliance offsets for biodiversity damage. Here, we give three major reasons why this is important.

What sort of market?

The term “biodiversity market” refers to a range of approaches that can operate quite differently.

For example, “environmental stewardship schemes” reward land managers who benefit native ecosystems, such as by planting trees and restoring rivers.

“Biodiversity offset schemes” similarly offer financial incentives to land managers, but with a critical difference: on-ground work to benefit nature is used to offset, or compensate for, biodiversity losses elsewhere.

This means offsets don’t usually result in overall improvements to nature, but rather maintain existing declines.

The government hopes voluntary private sector demand will drive this biodiversity market. This is because the government says it cannot afford the A$1-2 billion a year needed to adequately protect Australia’s natural environments and reverse biodiversity decline.

This sounds like a lot, but let’s put $1 billion into perspective.

It’s about one-tenth of the public money spent every year subsiding fossil fuel extraction in this country. It’s about a fifth of the cost of cancelling the submarine contract with France.

And it’s about a 25th of the annual cost of the stage three tax cuts promised in this week’s federal budget.

It is completely unknown, however, whether businesses will want to voluntarily purchase enough biodiversity certificates purely for corporate social responsibility to make the market work.

On the other hand, allowing businesses to use the certificates for legally-required offsets now – or sometime in the future – will certainly generate more immediate market demand. But this would open up the market to a host of problems, and ultimately undermine its very purpose: to improve biodiversity.

Three reasons to rule out offsets

First, almost all biodiversity offsets in Australia are legally required as conditions of approving new developments, under environmental policies and laws. These policies have strict requirements – and for good reason.

For example, offsets must be “like for like”. In other words, the compensation must be for the same type of biodiversity as the loss.

Such like-for-like requirements limit the number of possible trades in a market, but are crucial to protect Australia’s most threatened species. Otherwise, for instance, allowing replanted koala habitat to count as compensation for the loss of cassowary habitat simply means cassowaries are more likely to become extinct.

The problem is that biodiversity certificates will certify activities (such as tree planting or fencing), rather than specific outcomes (such as increased population size) for particular species or ecosystems.

So it’s not clear how these certificates could be used to compensate for biodiversity losses in line with the national environmental law.

But in practice, offsets have never been a good news story, with scheme failure, misapplication and abuse regularly making headlines. Including offsets in the mix might scare off buyers and sellers.

Third, offsets are legal requirements, so a market that encourages a land manager to supply them achieves no additional benefit for the environment through that trade. It may become cheaper for businesses to acquit their current or future compliance obligations – but it would be a zero sum game for biodiversity.

The proposed biodiversity market is a central response to Australia’s damning State of the Environment report earlier this year.

But previous government attempts to attract private investment to encourage biodiversity have fallen flat, so it would be wise to learn from these experiences.

A better way to stimulate market demand is for the federal government to make an initial public investment in protecting biodiversity to boost private sector confidence. The Queensland government did this in 2020, when it announced a $500 million Land Restoration Fund.

Read more: Labor's plan to save threatened species is an improvement - but it's still well short of what we need

Another source of risk is that the government proposes the Clean Energy Regulator would be responsible for the biodiversity market, as well as for Australia’s carbon credit scheme. It seems wise to await the findings of the current independent review into Australia’s carbon scheme before loading complex new responsibilities onto the carbon market regulator.

We argue that instead, the biodiversity market should be administered by a specialised regulator – such as the proposed new Environmental Protection Agency.

This market is not a silver bullet. It is also no substitute for adequate public investment or law reforms needed to stop nature declining in the first place.

But if it’s carefully designed, with an initial investment from the federal government as a kick-start, a biodiversity market for genuine additional benefits to nature could prove its worth.