Opinion Government needs advice from scientists in many spheres 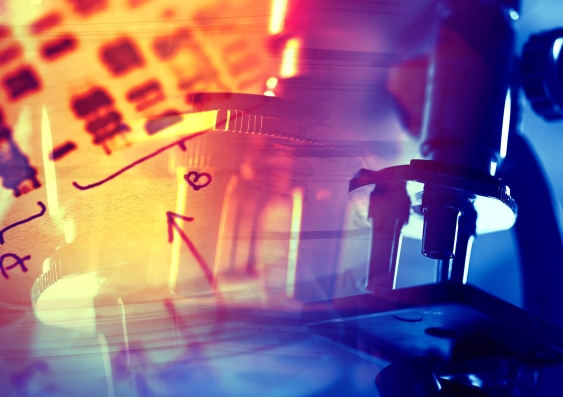 An offhand comment by Dr Finkel regarding the Trump administration’s reported censoring of the US Environmental Protection Agency was widely reported, but there was also a serious discussion about the importance of “evidence” in public policymaking.

Sir Peter, a renowned biomedical researcher and science communicator, made the surprising statement that after seven years as New Zealand’s chief science adviser, he no longer used the term evidence-based policy.

This was not because he believes science isn’t critical to solving many public policy issues but, rather, he has come to realise that major policy decisions are almost always based on a mix of personal and party-political values, economic constraints, public attitudes, political expediency, diplomatic pressures, vested interests, anecdotes, media hype, and then (if you are lucky) on the scientific evidence. He also noted that science usually doesn’t have all the answers to the kind of complex decisions that policymakers grapple with everyday.

Sir Peter suggested the fastest way for science to lose its seat at the table would be to assert (or imply) to a non-scientist politician or bureaucrat that complicated and sometimes limited scientific evidence should take precedence in their decision-making.

All of the chief scientists agreed what was needed was a much more collaborative relationship between scientists and decision-makers where good science helps to evaluate options.

About 10 per cent of Australia’s 226 parliamentarians have a tertiary STEM qualification: 14 MPs and eight senators. This is a lower proportion than Germany, but significantly higher than in Britain, Canada and the US.

Not bad, perhaps, until you realise that unlike Australia, Britain and Canada have dedicated parliamentary offices of science and technology, and have chief scientific advisers embedded in each government department. And the advisers are not just in the obvious portfolios such as health, defence, industry and environment. Even the justice department considers the relentless march of forensics into the courtroom and the finance department watches the inevitable rise of automated computer trading in the financial markets. These advisers are able to provide technical expertise but they also boost the overall level of scientific literacy in the corridors of government.

You have to ask why we don’t have a similar machinery here so that a strong scientific evidence base could play a larger role in informing critical policy decisions.

We see our parliamentarians wrestling with what should be the right energy mix to fuel Australia’s future. Last year we saw the Turnbull government tie itself in knots over whether it would consider an emissions trading scheme as Australia’s way of containing greenhouse gas emissions. We witnessed the Environment and Energy Minister trying to reconcile the absolute need to deal with climate change with the reality of a sceptical backbench.

That incident followed a public showdown on the ABC’s Q&A program between Brian Cox, the British physicist and science communicator, and Malcolm Roberts, a newly elected One Nation parliamentarian. When Cox produced evidence on climate change, Roberts countered by alleging a global conspiracy led by NASA.

Being the odd country out on a major issue like climate change would be fine if we could plausibly argue that the rest of the world had somehow got it wrong. But we can’t. Australia’s position doesn’t have an intellectually sound base. This episode flies in the face of the unwritten consensus built up over perhaps eight decades: namely, that where it really matters, well-informed science should inform good government policy. We do need the skills base in parliament to understand the basics underpinning today’s significant issues.

Every one of us needs to make life-changing decisions at times and we need people with the right expertise to help properly weigh up the options. If it’s a question about planning retirement, you would consult a financial adviser or an investment manager. If you are building a new house, you would talk to an architect or an engineer. Similarly, when a family member is facing a medical crisis, you seek out the best doctors.

As a nation, we have got it right in the past. There have been real successes: universal immunisation was an important achievement based on sound scientific advice. Likewise the fluoridation of water has had a profound impact on public dental health.

But even a cursory glance at the challenges on the radar shows the need for evidence-informed policy has never been greater. How best to preserve the health of Great Barrier Reef? The impact of coal-seam gas or new methods of mining. And how to balance the needs of the environment and farmers in managing water flow in our rivers.

Do we need to regulate the impact of driverless cars, the intru­sion of drones into our lives, and the medical, moral and ethical dimensions of genetically modified plants, animals and even people?

During the get-together in Canberra, Sir John described three very technical issues that confronted Britain during his tenure as its chief scientific adviser: the 2009 outbreak of swine flu; the 2010 incident where ash from an Icelandic volcano closed down airspace; and the 2011 Fukushima nuclear disaster. Any one of these chapters could have had profound consequences for Britain if not handled properly. Sir John’s accurate, sound and timely scientific advice played a decisive role in the government’s response.

Wouldn’t it be sensible if Australia developed a much stronger network of conduits for science advice around our chief scientist to actively advise government of options on complex public policy and technological issues?

And doesn’t it make sense, over time, to build scientific literacy among our parliamentarians and public servants so that they can better understand, respond to and plan for a future where technology will be ever more important?

So that when the needle is nudging the red on the next critical issue, we shouldn’t have to ask, “Who you gonna call?” We should be able to rest easy in the knowledge that our elected leaders have the skills and support they need to fully assess the situation, propose solutions and make the most of the opportunities?

Les Field is secretary for science policy at the Australian Academy of Science and Senior Deputy Vice-Chancellor at UNSW Sydney.

This article was originally published on The Australian. Read the original article.

More PhDs need to be channelled into industry