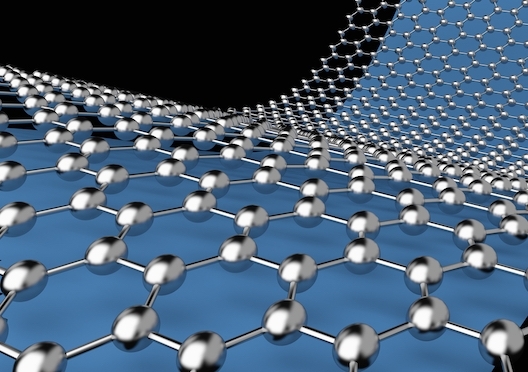 Graphene, a thin sheet of carbon atoms that forms in a honeycomb pattern, is considered a wonder material which is stronger than steel. Image: Shutterstock.

UNSW researchers have shown how a new class of low-cost graphene-based membranes – a type of filter used in industry sectors that generate enormous mixed waste gases, such as solid plastic waste, biowaste or wastewater – can be selectively tuned to separate different gases from gaseous mixtures.

The team, led by Dr Rakesh Joshi in UNSW Science, hopes that down the track, they’ll be able to use these filters to separate and capture gases that have been considered waste, and therefore improve the way we use waste gas resources.

The paper - published this month in high-impact journal Advanced Materials - outlines findings made in the lab, on a prototype. Now the researchers want to develop the filter further to make it available to industry.

Specifically, the team studied graphene oxide filters that – unlike any other current filter – contained iron.

“Graphene, a thin sheet of carbon atoms that forms in a honeycomb pattern, is considered a wonder material which is stronger than steel. In this piece of work, we essentially incorporated iron into graphene oxide filters, taking advantage of the fact that these membranes are ultra-thin,” says lead researcher Dr Rakesh Joshi.

“We found that doing this enhanced graphene oxide’s ability to transport gas. It turns out adding the iron – which is what we call a transitional metal – to graphene oxide membranes allowed us to separate different gases more effectively than with other types of filters.

“In particular, the material was great at enhancing permeance – that is, how fast a gas molecule transports through the filter – and selectivity, which represents how efficiently the gas is separated from the mixture during the transportation. In fact, our filter has unpreceded selectivity.”

The researchers say the filter described in this paper also allowed them to recover valuable resources by selectively separating carbon dioxide from nitrogen.

“Highly purified nitrogen is widely used in materials processing – for example, in semiconductors manufacturing – as well as in electronic, synthetic, and medical industries,” says Xioheng Jin, the first author of the article.

“Carbon dioxide is one of the most conventional impurities in gas products. Most current methods to remove CO2 often produce hazardous chemicals, and the separation of CO2 from nitrogen has significant industrial value, especially for greenhouse mitigation of flue gases – e.g., the combustion exhaust gas produced at power plants – that has been a challenge using existing technologies.”

Given the promising results, the researchers hope their findings will lead to new avenues for efficiently separating carbon dioxide from nitrogen and other gases and help them develop new solutions for industry that use this new class of filters for all sorts of applications.

“This finding provides a new opportunity for the application of graphene-based materials in the gas purification industry, for example, in instances where waste solids or waste liquids generate toxic gas mixtures,” says Tobias Foller, co-author of the article .

“We think the filter has the potential to revolutionise the gas separation industry. Ultimately, we hope that our findings help Australia achieve a greener society and a more liveable environment.”

What about other metals?

The team now wants to test the same principle using other types of metals.

“There are enormous possibilities for all the other transition metals that have not been studied that could be implanted in graphene-based structures and provide exciting gas separation properties,” Xioheng Jin says.

Jin’s PhD is funded by a scholarship from Tyre Stewardship Australia.  As part of his PhD project, Jin explores purifying gas from thermal decomposition of tyres at elevated temperatures, a method to recycle tyres. When we treat tyres at high temperatures, we get a gas mixture including methane – so that’s another use case for filters that are able to purify gases from such mixtures.

In 2018, Dr Joshi’s team also successfully demonstrated a graphene-based, laboratory-scale filter that can remove more than 99% of the ubiquitous natural organic matter left behind during conventional treatment of drinking water.