A rise in global temperatures of 2 degrees Celsius is likely to bring more extreme rainstorms to many parts of Australia even as other areas experience severe droughts, new research shows. 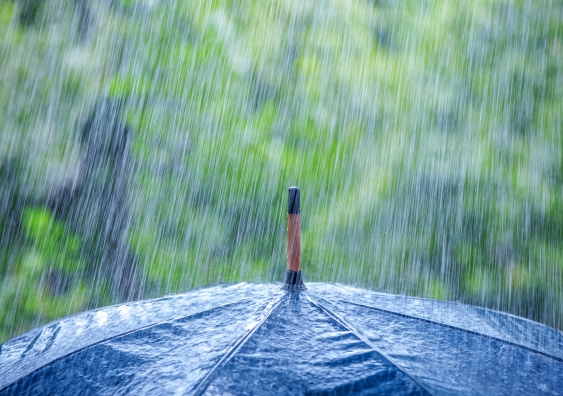 Extreme precipitation is projected to increase almost everywhere in Australia from tropical regions in the north to mid-latitudes in the south. Photo: Shutterstock

Dorothy Mackellar’s classic view of Australia as a country of droughts and flooding rains is likely to get a further boost with just a 2°C rise in global warming, new research suggests.

New findings from the ARC Centre of Excellence for Climate System Science, published today in Nature Climate Change, have pointed to strong increases in rainfall during extreme precipitation events in Australia as a result of global warming. The results also resolved some important discrepancies in previous published estimates of how Australian rainfall is affected by climate change.

This paper reveals that with just a rise of 2°C in global average temperatures, Australia will see a 11.3-30% intensification in rainfall from extreme precipitation events. This will occur even as some areas may become increasingly drought prone.

“There is no chance that rainfall in Australia will remain the same as the climate warms,” said an author of the paper UNSW Professor Steve Sherwood.

“The only way that this intensification of extreme rainfall falls at the lower end of the scale is if the continent becomes drier overall. The long and the short of it is that with 2°C of global warming Australia is stuck with either more aridity, much heavier extreme rains, or some combination of the two,” said Sherwood, from UNSW's Climate Change Research Centre.

The researchers used the NSW and ACT Regional Climate Model (NARClim) project to tease out the future changes because of its high regional detail, and ensemble of 12 models.

This research tells us we need to be prepared to adapt to a world of far more intense rainfall extremes.

They looked at the heaviest 1% of rainfall events experienced in Australia across all seasons with a particular focus on precipitation in the very different climates of Darwin, Sydney and Melbourne.

"Extreme precipitation is projected to increase almost everywhere in Australia from tropical regions in the north to mid-latitudes in the south and from dry deserts in the centre to wet places along the coast," said PhD student and lead author Jiawei Bao.

"Rising air temperature is the primary reason for this change. Australia’s infrastructure will need to be prepared to adapt to these more extreme rainfall events even if we act to moderate the global temperature rise to within 2°C."

The paper also went beyond the 2°C international Paris Agreement target, looking at what would happen with a 4°C rise in global temperature, which is a likely outcome based on current increases in the rate of carbon emissions. It produced a projected increase in rainfall for extreme events of 22-60%.

“Current policies worldwide are nowhere near enough to actually meet the Paris targets, so it is likely we face even greater changes unless policies are strengthened,” Sherwood said.

"Australia cannot use past observations alone to develop rainfall infrastructure. This research tells us we need to be prepared to adapt to a world of far more intense rainfall extremes, if we can.”