Two remote off-grid villages on the tiny Fijian island of Vanua Levu are looking forward to their first reliable source of refrigeration thanks to, rather ironically, their local hot spring. 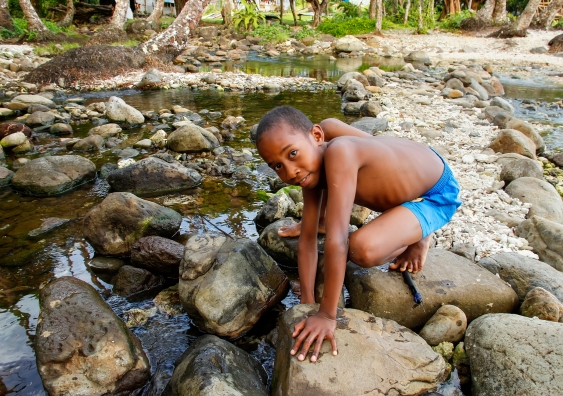 Two remote off-grid villages on the tiny Fijian island of Vanua Levu in the South Pacific are looking forward to their first reliable source of refrigeration thanks to, rather ironically, their local hot spring.

The plan for this pilot project is to pipe the Waikatakata Hot Spring at Vusasivo, which is coming out of the ground at 70°C, into an absorption chilling facility at Natewa Bay.

This centralised cold storage facility will then be available for villagers to preserve their goods.

“So, for example, if they slaughter a cow or catch some fish they can freeze and store them there,” says Professor Regenauer-Lieb, Head of UNSW Petroleum Engineering.

“This will be an important facility for the villages where people still regularly die from food poisoning.”

The geothermal freezer facility plans to service the traditional landowners of Vusasivo Village and adjoining Natewa Village in coordination with the Nambu Conservation Trust of Natewa.

Although the villages have basic infrastructure, including a post office, church and small clinic, they are off-grid and find it difficult to keep food fresh.

They also have sewerage installations and no morgue or clean water, which all significantly enhance the risk of food poisoning and disease. 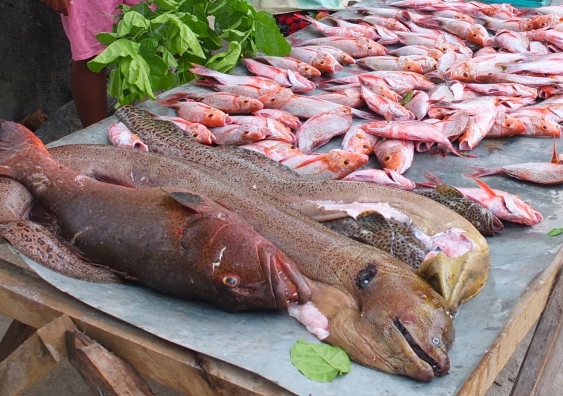 A cold storage facility will enable villagers to preserve their goods and reduce the risk of food poisoning. Photo: Shutterstock

Having dedicated much of his professional life to researching geothermal energy, Regenauer-Lieb believes that deriving energy from natural hot springs represents a state-of-the-art and reliable renewable approach to cooling in villages and urban areas.

But when I got there I decided I wanted to do something much more lasting and beneficial for the people of Fiji.

The project, which is part of the long-running Geothermal Cities initiative set up by Regenauer-Lieb in 2008 with the CSIRO and other universities, is being funded and championed by the University of the South Pacific in collaboration with UNSW.

Regenauer-Lieb says the technology is already proven and is technically identical to the Chena Hot Spring in Alaska, which provides year-round ice for an ice museum and sculpture gallery.

“The original idea came about when I was invited to scout geothermal potential for a gold-mining operation on the island,” he says.

“But when I got there I decided I wanted to do something much more lasting and beneficial for the people of Fiji.” 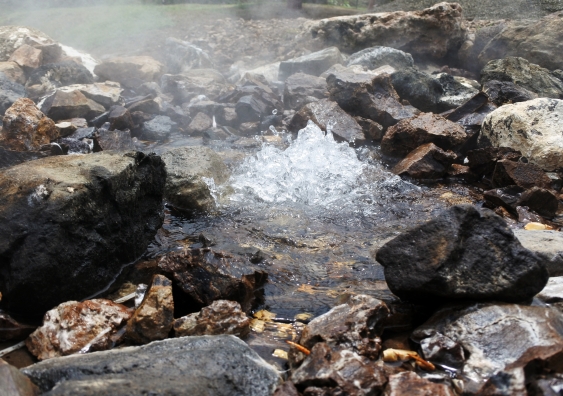 Much of Regenauer-Lieb’s previous research has explored the much more difficult, risky and expensive non-volcanic geothermal energy opportunities that require deep-well drilling in places such as Perth and the Cooper Basin.

He says that with geothermal energy so close to the surface, the islands of Fiji (which are in the Pacific Ring of Fire) are a perfect low-risk, high-benefit place to install this type of technology.

In addition, he says the remoteness of the village and the fact it is off-grid provides a marvellous opportunity to train people in the philosophy of geothermal energy, which is about embracing heat as a commodity that can be used again and again for a wide variety of applications.

“If I simply go there, for example, to build a geothermal power station, I can guarantee that what happens is a repeat of the mistakes made in current developed nations,” he says.

“Rather than using an energy-efficient centralised air conditioner and cool store, the natural tendency is to individually purchase an electricity-hungry reverse-cycle air conditioner or refrigerator. This will in turn drive up electricity consumption and the size and investment needed for a geothermal power plant.

“In a remote setting, the financial and technical hurdle of properly maintaining the individual air conditioners and refrigerators may lead to early break down and we’re back at square one. 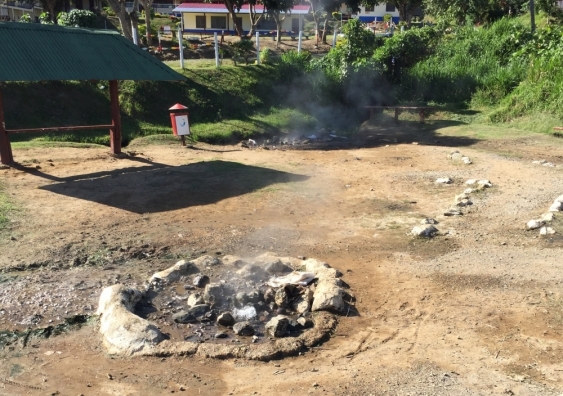 "In terms of re-educating the community to embrace heat as a commodity, what we have in Fiji is a welcome blank slate where we can introduce the attractive concept of cascading heat usage.

"This ability to refrigerate their food is just the start; the long-term aim is to integrate multiple uses of naturally available geothermal heat for electric power, cooling solutions and providing fresh water and other direct heat uses to local communities.”

The project team has enough funding to undertake the reconnaissance work on the hot springs but still needs to raise the capital to build the cooling facility.

The next stage is running the Clean Power for the South Pacific Conference 2017 in Fiji to seek investment or sponsorship from the geothermal community as well as the World Bank, which has identified Fiji as a possible target for promoting geothermal energy in the South Pacific.

Although geothermal energy is not quite as well-known as its sustainable-energy cousins – wind and solar power – Regenauer-Lieb says it’s the only one with realistic hopes of providing sustainable base-load energy for the future energy mix, particularly in volcanic regions like Fiji. 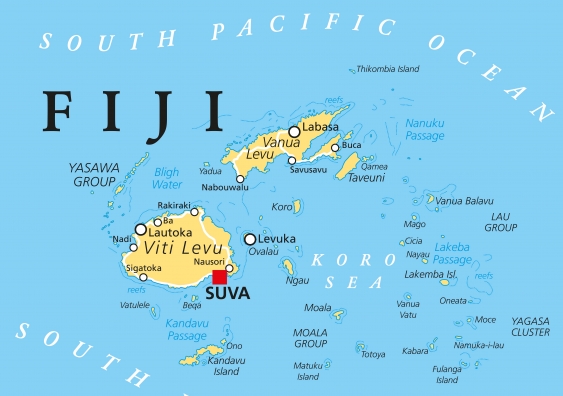 “The long-term aim for Vanua Levu is to power the entire island by geothermal energy,” he says.

“In the town of Savusavu, for example, there is a 98°C hot spring, with an estimated 160°C at 500m depth. This energy source may be sufficient to power the local grid and replace its industrial diesel generators.

"With deeper drilling, geothermal energy could power the entire island and neighbouring islands as well. It wouldn’t be too much of a stretch to say that Fiji could be entirely run on electricity won from geothermal energy in the future.”

Read more about this project and about geothermal energy on the UNSW Engineering website.

Disaster survivors aren't helpless victims: relief can be the enemy of recovery

UNSW study finds Fiji making progress towards ‘health for all’