The world-first therapy for children with severe behavioural problems who respond poorly to existing interventions has had an encouraging effect on the children's empathy levels and behaviour. 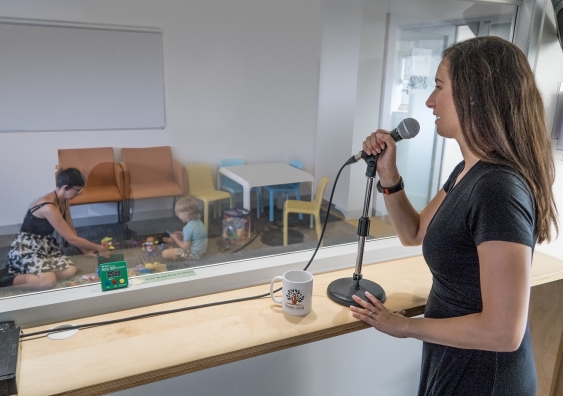 The researchers adapted parent-child interaction therapy (PCIT), where parents are coached using a wireless headset from behind a one-way mirror by a therapist.

A targeted intervention could successfully decrease severe conduct problems and callous traits in young children and help correct their developmental trajectory, a new UNSW study has shown. The work has been published in the Journal of Clinical Child & Adolescent Psychology.

Children who display so-called callous-unemotional traits have early-starting, persistent and aggressive conduct problems, and are at risk for future criminal behaviour, violence, and psychopathy.

“This is the first test of an intervention designed specifically for this population, with promising effects on children’s behavioural problems and empathy levels,” says lead author and Associate Professor Eva Kimonis from the School of Psychology at UNSW Science.

In the trial, 23 Australian families with a three- to six-year-old child with clinically significant conduct problems and callous-unemotional traits participated in the 21-week intervention and five assessments at a university-based research clinic. Seventeen of the 23 families finished the program.

Standard parent-child interaction therapy (PCIT) has two phases delivered via coaching of parents using a wireless headset from behind a one-way mirror by a therapist.

The researchers adapted PCIT to coach parents to increase their use of verbal and physical expressions of warmth, and they integrated a reward-based system to motivate and reinforce positive child behaviours (i.e., compliance with commands and rules).

“It has been shown that children with callous traits who receive warm, sensitive, and responsive parenting have fewer conduct problems in later development, so that was a key part of the intervention,” Associate Professor Kimonis says.

“Children with callous-unemotional traits also fail to learn from punishment, and we know using reward-based systems is more effective for them.”

Families also received an additional coaching module designed to address the child’s insensitivity to other people’s distress cues – for example, difficulty recognising expressions associated with sadness and fear in others that is common amongst children with callous traits.

“As a result of the intervention, child conduct problems and callous-unemotional traits decreased, and empathy increased,” Associate Professor Kimonis says.

By three months post-treatment, 75% of children who had completed the treatment no longer showed clinically significant conduct problems, and parents reported a high level of satisfaction with the program.

“We followed families up for three months, and treatment effects were retained over this time. We have plans for further follow-up,” says Associate Professor Kimonis.

The team is also in the process of conducting a randomised controlled trial in which they are comparing the novel intervention to standard treatment.

“So far, our pilot results are promising – they show that children who receive the novel targeted treatment have better outcomes than children receiving standard treatment.”

In 2016, Associate Professor Kimonis’ team showed that indications of callous traits can be reliably observed in children as young as three, allowing children at risk to undergo earlier identification and treatment.