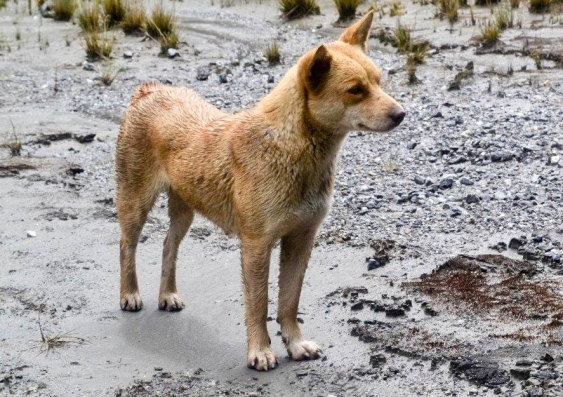 A small population of wild dogs in the remote New Guinea Highlands have been genetically matched to New Guinea singing dogs – a rare canid previously thought to be extinct in the wild.

Only 200-300 singing dogs are alive in captivity today, all descendent from eight dogs taken from the New Guinea Highlands more than 50 years ago.

The singing dogs are known for their unique vocalisations, described as a ‘wolf howl with overtones of whale song’.

“Detailed DNA testing has confirmed that the Highland wild dog is a direct ancestor of the New Guinea singing dog,” says Dr Kylie Cairns, a conservation biologist from UNSW Sydney and co-author of the study. The genetic test results were published this week in Proceedings of the National Academy of Sciences (PNAS).

“Both canids are close genetic relatives to the Australian dingo – forming their own lineage unlike any other in the world.”

The findings come two years after a team of researchers encountered the Highland wild dogs in the Papua province of Indonesia.

Zoologist Mr James K ‘Mac’ McIntyre, who led the field research, has been involved with New Guinea singing dog research since 1996. It has taken two research expeditions to New Guinea highlands – first in 2016 then 2018 – before his teams were able to collect any biological samples.

“Initially we were searching for a dog that didn’t want to be found,” says Mr McIntyre, who is also the Director of Field Research at the New Guinea Highland Wild Dog Foundation. He describes the Highland wild dogs as ‘shy and reclusive’.

“The wild dogs reside in the rough rocky terrain above the tree line. We spent long days in thin air and often cold rainy conditions.” 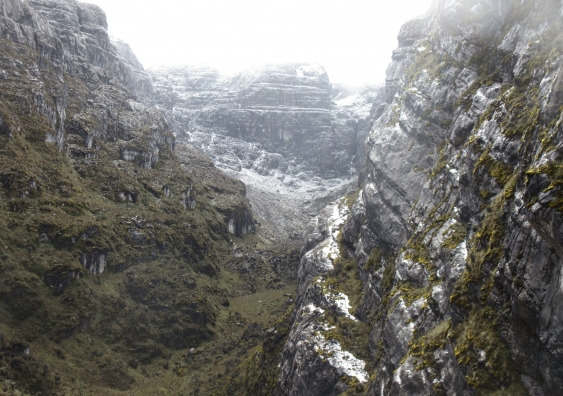 The wild dogs live in the remote highlands of New Guinea – one of the reasons it has been so hard to observe them in the field. Photo: New Guinea Highland Wild Dog Foundation.

Over the span of two weeks in 2018, the research team managed to observe 18 dogs in the wild. They studied the behaviour, demographics, and morphology of the animals – which look remarkably similar to dingoes.

The scientists also managed to take blood samples from three dogs in their natural environment: a small sample size, but enough for genetic analysis. They were the first dogs captured from the Papua Highlands in around 50 years.

The wild dogs’ nuclear genome – the part of DNA that holds the most information – confirmed that the Highland wild dogs are the ‘original’ New Guinea singing dogs. The research was led by Cenderawasih University in Papua, Indonesia, and the National Institutes of Health, United States. The findings add to a smaller DNA test on excrement samples from a 2016 expedition, which Mr McIntyre was also involved with.

The evidence of wild populations is welcome news to conservationists, who hope to diversify the gene pool of the captive population.

“Many had feared the population was extinct, or heavily mixed with domestic dogs,” says Dr Cairns.

“Now that we know there is a wild population, programs can help diversify and conserve the captive population.” 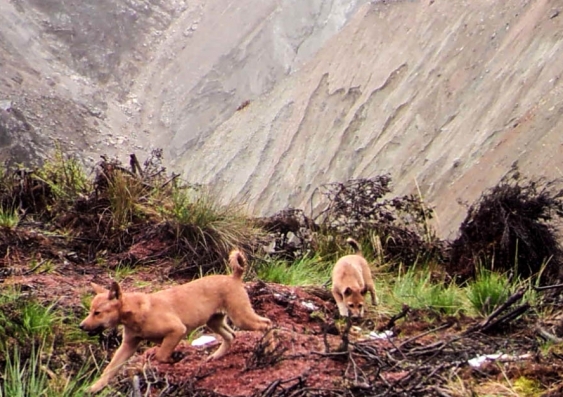 Genetic tests from previous studies showed that New Guinea singing dogs are closely related to Australian dingoes. They have a common, albeit now-extinct, ancestor.

The new findings confirm the Highland wild dogs are part of this unique family.

“They are very closely related,” says Dr Cairns. “Sort of like sister groups or cousins.”

This genetic family aren’t the same as domestic dogs or a type of dog breed – they belong to a distinct group that split off from dogs thousands of years ago, before domestication occurred.

“One of the exciting things we found is that the three canids form their own evolutionary lineage, separate from domestic dog breeds,” says Dr Cairns, who has been studying dingoes and their genetics for 10 years.

“This unique lineage isn’t found anywhere else in the world – it’s purely Oceanic.”

In a 2017 study, Dr Cairns used molecular dating to find that dingoes likely split off from the New Guinea singing dog population about 6,000-8,000 years ago.

“A long time ago when the oceans were lower, Australia was attached to the island of New Guinea,” says Mr McIntyre. “One type of dog inhabited this common landmass.

“When the oceans rose again, Australia separated from New Guinea. The dogs that stayed in Australia evolved and adapted into today’s dingoes.

“The dogs that became isolated on the island of New Guinea evolved and adapted to today’s New Guinea Highland wild dog – or as we now know, New Guinea singing dogs.” 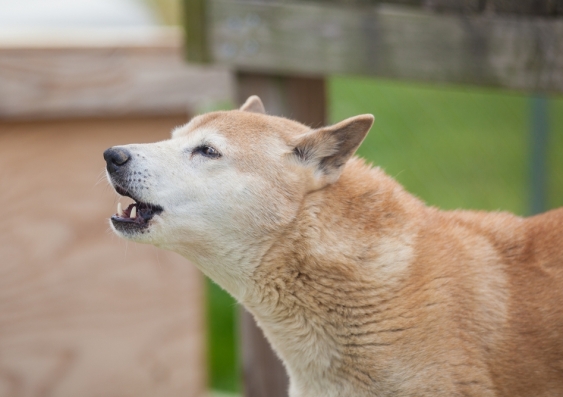 New Guinea singing dogs are known for their unique vocalisations, described as a ‘wolf howl with overtones of whale song’. Photo: Shutterstock.

While the study has shown that wild dog populations are persisting in the New Guinea Highlands, a lot of questions remain – like how common or widespread they are.

“We know very little about these wild dogs’ natural history in the wild,” says Mr McIntyre, who has planned a follow-up research trip to New Guinea in 2021. “We have so much more to learn.”

Mr McIntyre hopes to study the wild dogs’ behaviours, their puppy and denning activities, and sociability within their groups. If successful in live catching the Highland wild dogs again, he and his team plan to take more samples, physical measurements, and conduct veterinary examinations.

GPS collars – which enable the researchers to track each individual animal for up to 18 months – will also be attached to the wild dogs before their release.

Dr Cairns is particularly interested in understanding the genomic family, and the implications that might have for Australia and our treatment of dingoes. 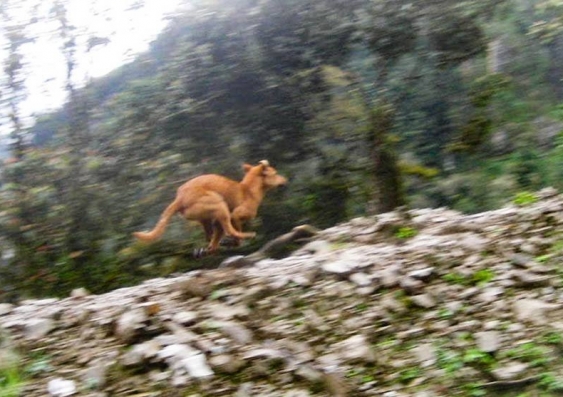 “We only have three samples from this West Papua population, so there's a lot of work to be done in better understanding the population and comparing them to singing dogs and dingoes,” she says.

Dr Cairns was recently elected to be a coordinator of the newly-created Dingo Working Group, a team of dingo experts researching and promoting the conservation of wild canines. The working group sits within the International Union for Conservation of Nature Species Survival Commission’s (IUCN/SSC) Canid Specialist Group.

Dr Cairns hopes to fill some of the knowledge gaps about dingoes, New Guinea singing dogs and Highland wild dogs as part of her involvement with this group.

“The evolutionary genetic study showed us that these populations aren’t just feral domestic dogs, nor are they breed dogs – they are something different,” she says.

“Exactly how different they are still needs to be uncovered.”