A global temperature rise of 2°C could lead to warming extremes of up to 6°C in some land masses, new research published in Nature shows. 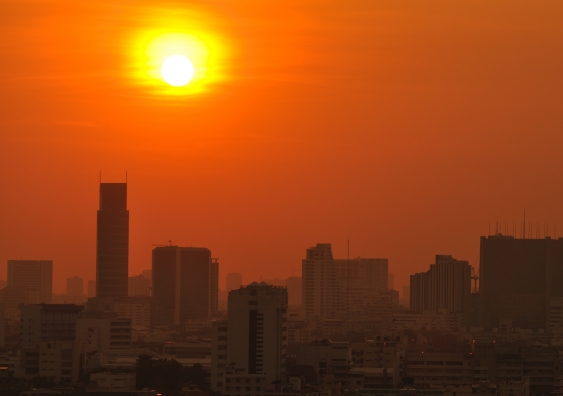 A global temperature rise of 2°C could lead to some of the world's land masses experiencing warming extremes of up to 6°C, new research published in Nature shows.

The research led by Professor Sonia Seneviratne from ETH Zurich with scientists from the UNSW-based ARC Centre of Excellence for Climate System Science (ARCCSS) has quantified the change in regional extremes in a world where global average temperatures have risen by 2°C.

The study shows that regions around the Arctic may have passed a 2°C temperature rise as far back as 2000 and, if emissions rates don’t change, areas around the Mediterranean, central Brazil and the contiguous United States could see 2°C of warming by 2030, more than a decade earlier than the widely accepted business as usual scenario.

Alarmingly, the research shows worldwide warming extremes over land generally exceed 2°C, in some cases by as much as 6°C compared to pre-industrial levels.

"We see starkly different rates of extreme warming over land even when global average temperatures reach just 1.5°C, which is the limit to the rate of warming agreed to at the Paris talks," said lead author Professor Seneviratne.

“At 1.5°C we would still see temperature extremes in the Arctic rise by 4.4°C and a 2.2°C warming of extremes around the Mediterranean basin."

The extreme regional warming projected for Alaska, Canada, Northern Europe, Russia and Greenland could have global impacts, accelerating the pace of sea-level rise and increasing the likelihood of methane releases prompted by the melting of ice and permafrost regions.

“The temperature difference between global average temperatures and regional temperature extremes over land not only has direct climate impacts, it also means we may have to reconsider the amount of carbon dioxide we can emit,” said co-author and Director of ARCCSS UNSW Professor Andy Pitman.

“For instance, to keep extreme temperature changes over the Mediterranean below a 2°C threshold, the cumulative emissions of CO2 would have to be restricted to 600 gigatonnes rather than the 850 gigatonnes currently estimated to keep global average temperatures increase below 2°C.”

According to the researchers, if global average temperatures warm by 2°C compared to preindustrial times this would equate to a 3°C warming of hot extremes in the Mediterranean region and between 5.5 - 8°C warming for cold extremes over land around the Arctic.

Most land-masses around the world will see an extreme temperature rise greater than 2°C.

We have no way of knowing when our climate may change abruptly from one state to another, meaning we could potentially see even greater regional variation than these findings show.

One of the few exceptions is Australia – famously known as a land of droughts and flooding rains. The projections show little difference between global average temperatures and a change in its extreme regional temperatures.

“This might be something peculiar about Australia’s climate, or perhaps it highlights problems with the climate models," said Professor Pitman.

"If the latter, there is a risk Australia will lack warnings about the increases in extremes that are now clearly available to Northern Hemisphere countries.”

He said this potential hole in understanding of climate extremes climate needs urgent resolution with more focused model development in the southern hemisphere.

The researchers also note the paper did not take into account unexpected changes in the climate system.

"We have no way of knowing when our climate may change abruptly from one state to another meaning we could potentially see even greater regional variation than these findings show."