Psychology researcher says the COVID restrictions governments have put in place may undermine trust and the stability of liberal democracies. 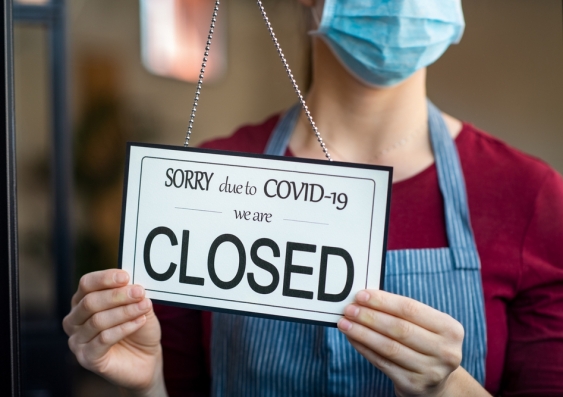 The current situation of the majority of the Australian population in lockdown is a fight between the common good and individual rights, UNSW Scientia Professor of Psychology Joe Forgas says.

Scientia Professor Joe Forgas, AM, from UNSW’s School of Psychology is an experimental social psychologist.

His research deals with the relationship between thinking and social behaviour, as well as political psychology.

His most recent book looks at the psychology of populism.

As the NSW Government tightens and lengthens Sydney’s latest COVID lockdown, Prof. Forgas looks at some of the repercussions of the restrictions.

How have leaders been able to balance the community’s wants of freedoms and liberties, versus the need for health and safety during this COVID pandemic?

The recent COVID crisis produced unprecedented demands on political leaders in trying to maintain trust and communicate effectively in an inherently unstable and uncertain situation.

In particular, the pandemic created an irreconcilable conflict between two of the most fundamental values of liberal democracies: respecting individual freedom and liberty, against the need to provide collective safety and security.

As responses to the pandemic required a one-size-fits-all, collectivist response, inevitably, individual freedoms have been severely compromised in the pursuit of collective safety.

Yet respect for individual freedoms has long been the core commitment of liberal democracies.

The expectation that the state should also provide safety and security is a much later historical development, traceable to the 19th century introduction of rudimentary systems of social security in some European countries.

Since then, citizens have come to expect and demand ever greater state protection against all forms of misfortune and adversity, and politicians seeking electoral support have been willing to oblige in implementing such measures.

So is the current situation – the majority of the Australian population in a COVID lockdown – a fight between the common good and individual rights?

In a sense, yes. The world has always been complex, unpredictable and full of danger.

Since the dawn of time, humans have sought to manage insecurity by creating various collectively shared rules and belief systems to provide them with an illusion of certainty and comfort even where none could be had.

People want to believe that the state can now also be expected to provide safety in the face of a viral pandemic.

In a time-honoured tradition, voters are willing to surrender much individual freedom in the hope that governments can protect us from a virus we still do not fully understand.

Governments now face an unenviable task in trying to manage and live up to these conflicting expectations.

Most of the pronouncements, predictions and projections made by experts in the past year in this uncertain and novel situation turned out to be mistaken.

So, the COVID pandemic has brought the fundamental conflict between individual freedom and collective safety and security into sharp focus.

Do you think that with the various rules and inconsistencies in this pandemic that people have lost trust in governments?

The rules and regulations promulgated by different states, countries and governments show little coherence or consistency.

What is allowed in one country or state is forbidden in another, so reasonable citizens may eventually question the necessity and adequacy of the draconian and sometimes arbitrary infringements of their individual freedoms.

This may compromise our trust in governments to provide adequate leadership in challenging times.

The various one-size-fits-all rules and norms imposed by governments necessarily result in some nonsensical situations.

While wearing a mask makes good sense in a restaurant, it is an absurd requirement when walking alone in the woods.

Can there really be a scientific basis for deciding who is allowed to see whom, when and for how long?

Compulsory quarantines can be two, five, 10, or 14 days in different countries, and may be spent at home in most countries, but only in a hotel in some (like Australia).

Restricting entry to some spaces may paradoxically increase infections by producing queuing or crowding outside.

The more inconsistent and arbitrary these rules appear, the more some citizens will start to wonder about the legitimacy of such unrelenting state control on their freedoms and may lose their trust in their governments.

What do you think of the Australian government’s response to outbreaks of COVID?

Australia has adopted some of the most draconian rules anywhere and is almost unique among democracies in prohibiting overseas travel, and even restricting the return of our own citizens.

This is especially inhumane in a country where a significant number of our citizens were born or have close family members overseas.

Locking down the country has imposed an almost unbearable burden on many families. 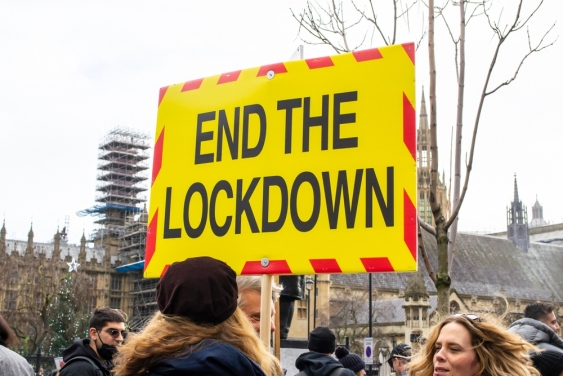 Australia is already seeing anti-lockdown protests, like this one in London last December. Photo: Shutterstock.

Until recently, the  Australian lockdowns – at least in some states – were predicated on the untenable objective of zero infections, that the virus can be completely eliminated.

This was not only unrealistic, but also fundamentally different from the original objective still followed by most liberal democracies, accepting that low levels of infections can be tolerated and effectively managed.

Micro-managing citizen’s lives in a liberal democracy may have very serious consequences.

The resulting loss of trust may actually compromise our very efforts to fight the pandemic, as significant numbers of citizens now question even credible government information about the importance of vaccination.

With the advent of vaccination, the emphasis will shift from collective measures to individual responsibility, and an inevitable conflict will emerge between vaccinated and un-vaccinated citizens that governments will have to manage.

Those already vaccinated and feeling safe may come to resent restrictions imposed on them to protect those who refuse to be vaccinated.

Those unvaccinated in turn may face discriminatory restrictions on their freedoms that many will consider unacceptable.

We have seen the beginnings of such protests already.

Where is all of this taking us?

The pandemic has produced a sharp conflict between our basic value of individual liberty, and our tribal urge to seek collective security.

Governments are now expected to do the impossible in an inherently ambiguous and ever-changing situation, and their responses may be seen by some as arbitrary and inconsistent.

Such a dramatic reduction in traditional liberties, and the likely erosion of trust and individual responsibility it generates may have adverse consequences for the fragile functioning of liberal democracies already under attack from various populist movements.

Rather than relying almost exclusively on imposed restrictions, governments could place greater emphasis on trusting citizens, and promoting greater individual responsibility in managing the pandemic.