How does Shorten's electric vehicle sales target stack up?

UNSW's Gail Broadbent and Professor Graciela Metternicht take a look at Bill Shorten's plan for electric vehicles to make up 50% of all new car sales by 2030. 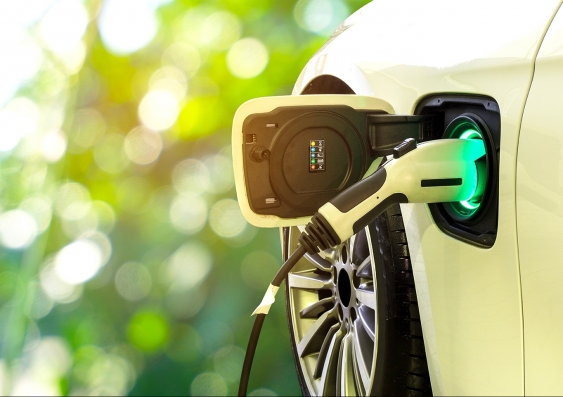 Australians drive, on average, 37km a day which means an overnight recharge of an electric vehicle using current technology would be more than adequate for our needs. Picture: Shutterstock

Federal Labor leader Bill Shorten last month revealed his party’s plan to have half of new cars sold in 2030 be electric vehicles (EVs). But is this realistic?

The answer is yes, and ultimately it will be driven by consumer preference for cost savings as well as a raft of other advantages in making the transition from oil to electricity.

Opponents to the idea think 50% is overly ambitious. But when you look at what’s going on around the world, it’s quite modest. Norway has already reached 49% of new car sales being EVs and is aiming for 100% by 2025. And there are more than a dozen countries aiming to phase out sales of new internal combustion engine vehicles (ICEVs) by 2030,  including Denmark, Ireland and the Netherlands, while the UK and France aim for 2040. In Iceland, EVs made up 19% of new car sales in 2018, Californians have bought more than 500,000 EVs, topping the US market, and China sold more than 1 million EVs just in 2018, with most of them made in China.

Worth noting is that we are talking about half of new cars sold in Australia, not half of all cars on Australian roads. Today the average age of Australian cars is 10.1 years. With a national fleet of 14.3 million passenger cars and SUVs and about 1.15m new vehicles sold last year, it means that even if EVs reach 50% share of the new car market by 2030, most motor cars will still be ICEVs.

Costs of doing nothing

Before looking at how the 50% target could be reached, let’s look at the cost of doing nothing to encourage the uptake of EVs.

First, there are the associated health problems with polluted air and noise where there is a disproportionate burden on the young. As a result, billions of dollars every year are already being spent on hospital and medical costs, lost productivity and premature death.

Another cost to the economy is the fact that fuel security is very low. There are only about 21 days in stock at any given time, and because we import about 90% of oil our risk from geopolitical shocks is high.

Making matters worse, fuel imports are expensive, with crude oil and refined petroleum costing some $33 billion in 2017-18, with all the profits heading to overseas companies who contribute very little, if any, tax in Australia. And the $18b fuel tax isn’t much help, either: most it goes to general revenue and not all of that is used to build roads. And it certainly doesn’t pay for all the damage pollution does to our health and other problems that the burning of fossil fuels causes.

There are, in fact, good reasons to be optimistic about EVs becoming consumer mainstays.

New predictions from Bloomberg have it that falling battery production costs mean EVs and similar standard ICEVs for large and medium cars will reach price parity around 2022-25.

Interestingly, even though it is cheaper to charge an EV than run a pool pump and the total cost of ownership of an EV has been cheaper in Australia over an 8-year period compared to similar standard ICEVs, most people baulk at higher purchase prices and won’t accept lengthy payback times. But the truth is, whatever year price parity proves to be, it will be well before 2030.

Another point in favour of EVs taking hold is the fact that Australia is a highly urbanised country where two thirds of us live in only eight cities, and the Australian average daily distance driven is just under 37km. Electric vehicle technology is sufficiently mature to replace ICEVs for most car drivers, where 60km of battery range will satisfy 90% of daily trajectories with home charging overnight, and most EVs do well beyond that.

However, it’s not just a matter of turning up to a car dealership and driving out with a new EV. Transitioning to EVs still relies on political action rather than science. Some of the many points that need addressing include:

So given the social, economic and health-related advantages of transitioning to EVs, and provided we remove the barriers and deliver the necessary infrastructure, the answer is yes, we can go electric with confidence.

Sure, it needs some planning and concerted action, but think of the benefits it will bring. And just imagine how much quieter it will be and how much more we can enjoy that coffee sitting in the sun at a café on a busy street.

Gail Broadbent is a PhD candidate with UNSW’s School of Biological, Earth and Environmental Sciences.

On an electric car road trip around NSW, we found range anxiety (and the need for more chargers) is real