How to hatch a startup

Open 24 hours, seven days a week, Sydney-based incubator Fishburners is helping to hatch the next generation of startup entrepreneurs, and many of the most committed are from UNSW. 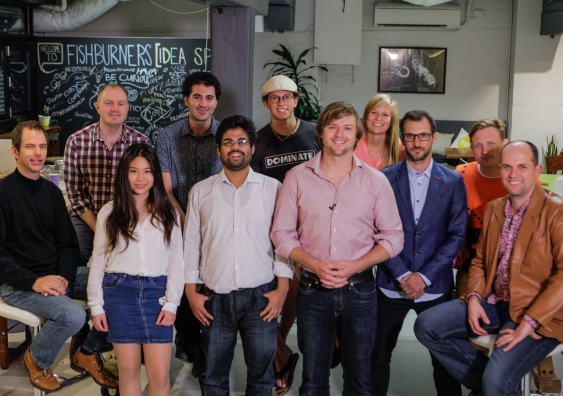 Inside the lobby of Fishburners there’s a message scrawled on an iPad-sized whiteboard: It’s a Friday, TGIF. The anonymous author has left a happy face, slightly smudged.

While well intentioned, the reminder likely rings hollow for some of the entrepreneurs based at Australia’s largest startup co-working space, where normal working hours don’t seem to apply.

The warehouse-style “ideas space” states its vision is “to bring together the best startups in Australia and help grow the tech scene here in Sydney”. It operates as a not-for-profit and offers one of the cheapest co-working spaces in the city, as little as $400 a month for a dedicated desk and full-time presence, or less if you’re prepared to share.

“It’s technically open 24 hours, seven days a week. Christmas is the only day it closes,” says UNSW alumnus Matt Schiller, a trained medical doctor-turned-entrepreneur who has been working out of Fishburners for the past three years to launch Snappr, a startup dubbed the "Uber for photography”.

“There’s definitely a bit of a late-night community within Fishburners,” he says.

Many of the night owls tend to be former UNSW students.

Another UNSW alumnus, Danny Adams, remembers working “ridiculous hours” at Fishburners while developing the prototype for his company, GoFar.

“To be in the office at three on a Saturday morning working, and to look around and see other people there with you, it makes you feel a little bit more normal,” says Adams. “It’s nice to have that community feel.”

It’s a community rich with on-site mentors, who are generous with their time, and networks that enable founders to attract talent, grow their team and find investors.

He says starting and joining a young business is an emotional decision, and Fishburners helps keep that “emotional momentum” in the foreground.

Since 2014, UNSW has helped more than 560 student and alumni startups get up-and-running.

“By volume, that’s certainly number one in Australia,” says Josh Flannery, the director of Student Entrepreneur Development at UNSW.

Students at UNSW have access to a range of on-campus programs and resources, including the Michael Crouch Innovation Centre, UNSW Innovations’ startup triage program, and the newly opened FounderLab, which employs in-house developers to work with students.

But Flannery says UNSW is increasingly looking at ways to collaborate with other universities, accelerators and co-working spaces like Fishburners to help its students access “trust networks”.

The Fishburners community is currently home to six startups founded by UNSW alumni, and hosts dozens of team members with ties to the University, including current students. 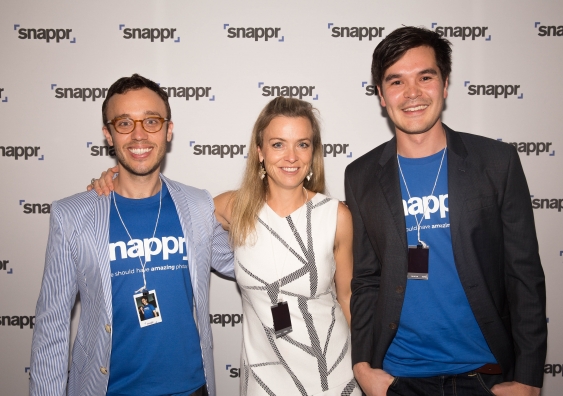 On a recent Monday morning, I dropped in at Fishburners to get a feel for how three UNSW teams are faring.

Snappr’s co-founders Matt Schiller and Ed Kearney met at UNSW’s New College in 2008. Ed was producing the college’s comedy revue while Matt was writing musical parody. A friendship was born and soon blossomed into a business partnership.

I find them at their second-floor office in Fishburners but we relocate to the basement, beside a ping-pong table. The stairs are a bit of a struggle for Ed, who broke his foot in multiple places in a bicycle crash. Despite his limp, he’s in a good mood: Snappr recently secured $500,000 in a pre-seed funding round.

Snappr is essentially a two-sided photography marketplace: customers can hire professional photographers from a vetted talent pool at great rates, and photographers can access new clients.

“We saw more and more people who wanted the product,” says Kearney, “and we understood exactly what the supply side of the equation looked like because of my experience as a photographer.”

“Our solution means photographers can focus on what they love, without having to spend a lot of money and time on marketing their business as a sole trader,” adds Schiller.

The pair say their angel investors trusted them based on the success of their previous business, GownTown, which manufactures and sells graduation gowns to university students for less than the on-campus hire cost.

At the time of our meeting, Snappr is less than 100 days old but is already operating in Sydney, Brisbane and Melbourne. The pair are gearing up for another funding round in early 2017, and have plans to expand overseas.

Both credit UNSW in different ways for their startup success: Schiller says college life exposed him to students outside medicine, and unconventional career paths and opportunities.

Kearney, meanwhile, says his civil engineering degree helped prepare him for being an entrepreneur because “the focus was on delivering something that was real and finished”.

“Other less industry-connected programs can be more theoretical,” he says. “But at UNSW, it was about solving a real-world problem.” 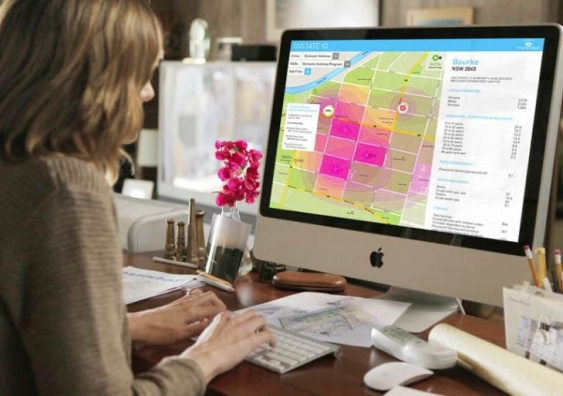 Brad Lorge's Premonition in action: the fleet management system is able to adapt to changing traffic conditions on the fly.

I meet Niklas Olsson inside an open-plan office with lots of hanging plants. He’s a Swede with piercing blue eyes, who studied industrial design and mechanical engineering.

He came to Australia on a one-year study abroad trip in 2011 and was part of the team that won the Peter Farrell Cup, an annual startup competition run by the UNSW Business School.

Olsson was recruited to help launch The Iconic in Australia and spent three years growing the brand into one of the country’s largest, most successful online fashion retailers.

A stint with a startup called Hotel Quickly landed him in Fishburners, where he met UNSW Computer Science and Engineering alumnus Brad Lorge.

They’ve since partnered to run Premonition, an engineering startup that helps retailers and delivery companies more efficiently route and manage their fleet of vehicles in real time, adapting to changing traffic conditions on the fly.

Multi-vehicle route optimisation is incredibly complex when you have hundreds of thousands of tasks, says Olsson.

“If you had 50 hours to solve the problem, okay you can do that. But if you had five seconds, what would be the best solution? We’re building technology that’s going to solve big problems for big companies,” he says.

Premonition, which boasts a team of nine UNSW alumni and current students, closed a seed round in 2015 and is cash positive, says Olsson. “We’ve been very lucky to hit the nail early with partners who are keen to use our technology.”

Business partner Lorge gives credit to UNSW Innovations: “Right from when we had the first idea, UNSW Innovations was in the room with us, helping us put ideas on the whiteboard, and thinking about all the different mechanics … of making the idea a reality.

“We have had a relationship with UNSW Innovations, which is about three years old now, and we can safely say that our business has only gotten to where it has because we had that resource available to us.”

Olsson is confident the business will continue to grow: “In five years, we will be known as one of the tech success stories in Australia, built on the local scene and expanded onto a global stage.” 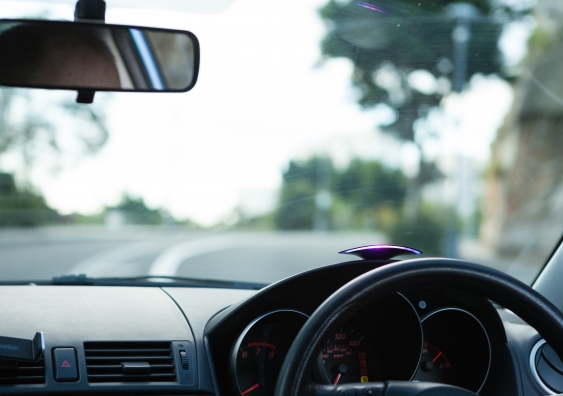 GoFar - coaching you to drive better

Danny Adams is standing at the end of a long timber table holding a yellow coffee mug in one hand and what looks like a new phone, just out of the box, in his other hand.

But the sleek black device is not a phone; it’s part of his invention, dubbed Ray.

Adams’s company is called GoFar, and the goal is to help people drive their cars smarter, safer and more sustainably.

“It’s no longer socially acceptable to drive down the road and throw rubbish out your window,” says Adams. “But when we drive our cars, we dump rubbish out the exhaust pipe and we don’t think about it because it’s invisible.

“What we wanted to do was make those emissions tangible.”

His driver feedback system comprises a dongle that plugs into the car’s diagnostic port to collect data from the vehicle. The system also has built-in motion sensors that measure how the car is moving in space.

“We can understand how the car is being driven in relation to its sweet spot for fuel efficiency and safety,” says Adams.

Ray sits on the dashboard and lights up with different colour indicators to provide drivers real-time feedback about their driving performance. A blue light means they’re in the sweet spot, while harsh acceleration and braking prompts a red light.

A mobile app logs every car trip – the distance travelled, the cost in fuel, the emissions, and the time – so users can compare their performance.

The company raised seed funding in 2014, which allowed Adams to build his team and begin prototyping the product. In May 2015, he launched a Kickstarter campaign.

He says networking and the ability to build a team is a major advantage of being at a co-working space like Fishburners: “You realise pretty quickly that you can’t do it all yourself and you need to get other people on the team if you’re going to succeed.”

Adams says his engineering degree prepared him for becoming an entrepreneur because you “basically learn to be a professional problem solver”.

“Every day working in a startup there are 10 problems to solve.”