Opinion How often does Donald Trump wash his hands?

The link between heightened disgust sensitivity, fear and conservative voting intentions appears to have played out in the US, writes Rob Brooks. 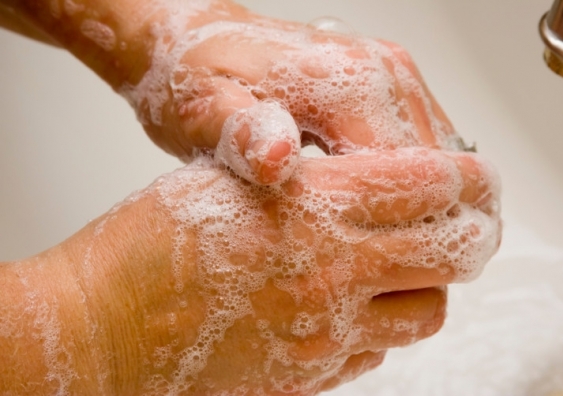 OPINION: Move over Nate Silver! The statistician and author of The Signal and the Noise: Why So Many Predictions Fail - But Some Don’t may have called 49 out of 50 states right in the 2012 US Presidential election. But today I note that my predictions for the 2014 mid-term elections were 100 percent correct.

Mostly, that’s because I made only one. But it was a goodie. Noting the hysteria that then abounded about the West African Ebola outbreak, I predicted that it would propel a rightward swing in the mid-terms.

One might expect that an epidemic limited almost entirely to West Africa should be way, way down on the list of factors likely to swing American voters. What with ISIS, the economy, Obamacare, abortion and so many other issues of greater direct relevance to the United States.

But a spectacularly scary hemorrhagic fever outbreak - ravaging countries a mere single plane flight from the USA! - holds the potential to propel a rightward swing next Tuesday.

Readers of this column will know of my obsession with understanding how evolved psychological traits shape ideological and political differences. My Elections in the Time of Ebola column drew a link between heightened disgust sensitivity, outgroup fear and conservative voting intentions. Noting the U.S. media’s apparent terror of Ebola reaching American shores (rather than, say, visiting horrific hemorrhagic death on hundred, and displacing or inconveniencing hundreds of thousands of mostly poor Africans), I suggested that keeping Ebola fears foremost might flush out the right-wing vote.

Turns out that’s exactly what happened. Psychological Science just published a paper by Alec T. Beall, Marlie K. Hofer and Mark Schallerwith the captivating title Infections and Elections: Did an Ebola Outbreak Influence the 2014 U.S. Federal Elections (and if so, How)?. Schaller was the first to propose the crucial, to that time unexpected, links between disease, disgust and political traits like outgroup fear and conservatism. And his group lead the world in studying not only the links but the psychological basis for those links.

The 2014 Ebola outbreak began in Guinea, and first gained international attention in March 2014. Six months later, the outbreak was ravaging West Africa, and flaring up in other parts of the world. On September 30 2014, The US Center for Disease Control confirmed that a man who had traveled to Dallas, Texas from Liberia had Ebola. He subsequently died, and two nurses who had treated him were infected but recovered. And on 23 October, Craig Spencer, a Medicins Sans Frontieres doctor who had cared for Ebola victims in Guinea became the fourth and last case in the US ‘outbreak’.

Once the CDC announced that Ebola had made it to the U.S.A., media coverage there intensified and people grew markedly more concerned about the possibility of an epidemic. Beall, Hofer and Schaller recognised the importance of this transition, and so they analysed polling trends from September and October, as well as the volume of Internet searches for the term “Ebola”.

Interestingly, after the first of October, once the possibility of an Ebola outbreak in the USA became more salient, voters' intentions swung discernibly toward Republican candidates. And the more voters searched for “Ebola”, the stronger the change in their voting intentions.

Interestingly, people’s concerns about Ebola appear to have influenced voting intentions in states that traditionally favour Republican candidates, but not in those that predictably vote Democrat. One might expect conservative politicians to play up disease fears particularly strongly within conservative electorates that appear to be flirting with swinging left.

The Hands of The Donald

Fortunately for West Africa, and for progressive politicians in general, the Ebola outbreak is largely over. That won’t stop politicians from appealing to voters' basest fears. Donald Trump has done so shamelessly in his claims that Mexican immigrants bring “tremendous infectious disease … pouring across the border”.

From Vanity Fair editor Graydon Carter’s repeated characterisation of Trump as a “short-fingered vulgarian” to Marco Rubio’s desperate attempts to imply a Trumpish deficiency in the penis department, Trump’s hands get a lot of attention. So much so that he recently saw fit to defend his own hands in an interview with the The Washington Post’s editorial board:

Perhaps it isn’t the size of his hands that matters in this election. Perhaps we should be paying attention to how clean he can keep them?

Could opposition to same-sex marriage be about the price of sex?