A quantum mechanics interpretation can help us comprehend the hypothetical existence of many worlds. 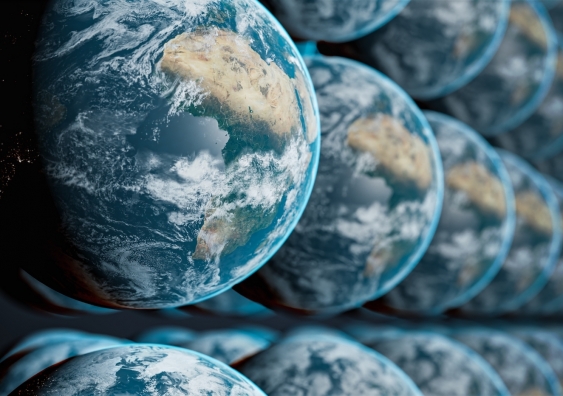 Stories about the multiverse are often explored through science fiction films. Photo: Shutterstuck.

If you’re a fan of science fiction films, you’ll likely be familiar with the idea of alternate universes – hypothetical planes of existence with different versions of ourselves. As far from reality as it sounds, it is a question that scientists have contemplated. So just how well does the fiction stack up with the science?

The many-worlds interpretation is one idea in physics that supports the concept of multiple universes existing. It stems from the way we comprehend quantum mechanics, which defy the rules of our regular world. While it’s impossible to test and is considered an interpretation rather than a scientific theory, many physicists think it could be possible.

“When you look at the regular world, things are measurable and predictable – if you drop a ball off a roof, it will fall to the ground. But when you look on a very small scale in quantum mechanics, the rules stop applying. Instead of being predictable, it becomes about probabilities,” says Sarah Martell, Associate Professor at the School of Physics, UNSW Science.

This interpretation of quantum mechanics is important, as it helps explain some of the quantum paradoxes that logic can’t answer, like why a particle can be in two places at once. While it might seem impossible to us, since we experience time and space as fixed, mathematically it adds up.

“When you make a measurement in quantum physics, you’re only measuring one of the possibilities. We can work with that mathematically, but it’s philosophically uncomfortable that the world stops being predictable,” A/Prof. Martell says.

“If you don’t get hung up on the philosophy, you simply move on with your physics. But what if the other possibility were true? That’s where this idea of the multiverse comes in.” 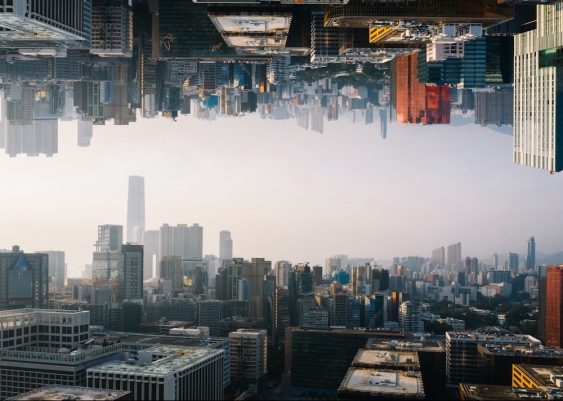 Could there be universes parallel to ours? Photo: Shutterstock.

Like it is depicted in many science fiction films, the many-worlds interpretation suggests our reality is just one of many. The universe supposedly splits or branches into other universes any time we take action – whether it’s a molecule moving, what you decide to eat or your choice of career.

“This is the logic often depicted in science fiction, like Spider-Man: Into the Spider-Verse, where five different Spider-Man exist in different universes based on the idea there was a different event that set up each one’s progress and timeline.”

This interpretation suggests that our decisions in this universe have implications for other versions of ourselves living in parallel worlds. But what about the possibility of interacting with these hypothetical alternate universes?

According to the many-worlds interpretation, humans wouldn’t be able to interact with parallel universes as they do in films – although science fiction has creative licence to do so.

“It’s a device used all the time in comic books, but it’s not something that physics would have anything to say about,” A/Prof. Martell says. “But I love science fiction for the creativity and the way that little science facts can become the motivation for a character or the essential crisis in a story with characters like Doctor Strange.”

“If for nothing else, science fiction can help make science more accessible, and the more we get people talking about science, the better,” A/Prof. Martell says.

“I think we do ourselves a lot of good by putting hooks out there that people can grab. So, if we can get people interested in science through popular culture, they’ll be more interested in the science we do.”