In a UNSW Science Week event, Dr Ayana Elizabeth Johnson said the key to fighting the climate crisis is saving the oceans. 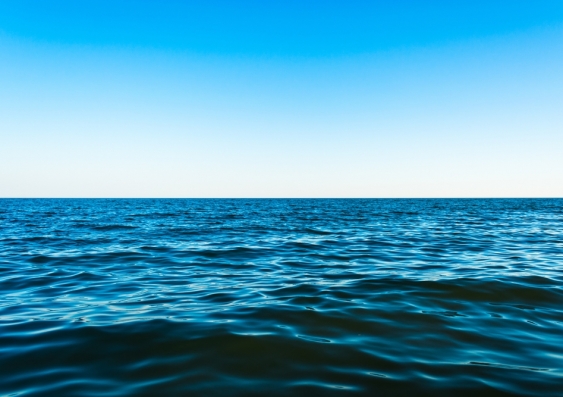 US marine scientist and self-described policy nerd Dr Ayana Elizabeth Johnson remembers scrolling through the 2019 policy Green New Deal and being stunned to see no mention of the oceans in there.

The 14-page document was proposed by congressional Democrats to tackle climate change with the goal of net zero global emissions by 2050 and the creation of new clean energy industries.

“My gut reaction was if this proposal doesn’t include the ocean, it’s just never going to be enough,” Dr Johnson told Dean of UNSW Science, Professor Emma Johnston at the Justice for the Oceans event last weekend.

The event was hosted by the UNSW Centre for Ideas as part of UNSW’s Science Week festivities.

Prof. Johnston, also a marine biologist who is focused on coastal ecology, led a discussion that explored the future of our oceans in this critical period of climate change.

“Because the ocean is bearing the brunt of a lot of impacts of climate…it has absorbed over 90 per cent of the heat that we’ve trapped with greenhouse gases,” Dr Johnson said.

“It’s absorbed about a third of the carbon dioxide we’ve emitted by burning fossil fuels and this has changed the ocean dramatically.” 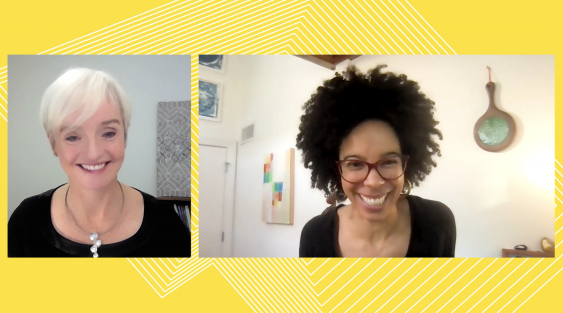 Last year Dr Johnson co-authored the Blue New Deal, a roadmap for including ocean in climate policy, for Democrat Elizabeth Warren as part of her 2020 presidential campaign.

“What I thought of when I saw this congressional resolution [Green New Deal] was that ‘they’re leaving out a lot of solutions’,” she said.

“Because the ocean is not just a victim, it’s also a hero.”

Coastal ecosystems such as mangroves can absorb four times more carbon per hectare than a forest and provide protection from storms “which are increasingly frequent and severe”.

There are many other benefits of the ocean, such as offshore wind turbines, floating solar panels, tidal energy, seaweed and shellfish farming, “things that you don’t need to feed that absorb a lot of carbon and can be very nutritious…and provide a lot of jobs”.

Dr Johnson described how her fascination with the sea started as a child, growing up in Brooklyn, New York.

She didn’t often go to the beach but when she was five, her family took her to Florida where she learnt to swim.

“I went to the beach and I went on a glass-bottomed boat and I saw a coral reef for the first time,” she said.

“And I realised that there was this whole other universe and I wanted to know everything about it…I was like, why did no one tell me about this?”

Dr Johnson said while many of her fellow students at university were “experienced scuba divers, or who had grown up sailing or as lifeguards at the beach”, she had a more academic interest in studying marine science.

“Clearly there needs to be better management and learning that, after falling in love with something and then realising that it’s threatened, of course your reaction is, ‘well, what are we going to do about it?’

As the daughter of a Jamaican immigrant, Dr Johnson said she grew up understanding how deeply intertwined Caribbean cultures were with the sea.

“I was always so curious about, through [my dad’s] stories, and hearing that in his lifetime, the coral reef ecosystems of Jamaica had really crumbled before his eyes,” she said.

“It's the thought of a grandparent not being able to take their grandkid fishing, because there's nothing to catch, is heartbreaking.

“And this is something that is passed down from generations. Or to think you can't have a fish fry on the beach, or the water’s too polluted to go swimming with your family and friends.

For this reason, she said it’s important to broaden diversity “of people deciding on the hypotheses”.

Dr Johnson said she wouldn’t describe herself as good at science, “I just really cared”.

“When I got to college…certainly my best grades were not in science and it wasn’t the easiest for me, but it was the most interesting,” she said.

“For a lot of people, it’s this passion and curiosity that leads to discoveries, it’s not who can memorise the most facts.”

Dr Johnson said she has been “very grateful” for her scientific education as a way to help her translate science for informing policymaking.

Early in her career, Dr Johnson was a former executive director of the Waitt Institute, a not-for-profit organisation which creates sustainable ocean plans with governments and local stakeholders such as in the Caribbean.

She has also developed policy at the US Environmental Protection Authority and the National Oceanic and Atmospheric Administration.

“So how are we preparing for the impacts of climate change that are already certain to come, and adapting accordingly?,” she said.

“Urban Ocean Lab is focused on cities because cities as a level of government can make a lot of their own decisions about policy and how they want to approach things.”

Dr Johnson said she now focuses her policy work on three urgent issues for the ocean: how to sustainably manage fishing; how to fix ocean pollution from untreated sewage and plastic waste; and the destruction of coastal ecosystems for housing and infrastructure.

“I’ve shifted my work to say ‘How do we make sure that we’re including the ocean when it comes to climate policy?’,” she said.

Besides governments, Dr Johnson is also keen to inspire the general public into action on climate change.

She created and co-hosts the popular US podcast How to Save a Planet, which asks the questions of what do people need to do to solve the climate crisis and how to get it done.

Last year she published the anthology All We Can Save, written by female “not world famous” contributors who are working on climate solutions.

The purpose of the book was to elevate the platform and voices of the women who were being overlooked for their important work, and at the same time, show the many ways others can contribute climate solutions.

“I would say one of the major failings of the modern environmental movement has often been to ask everyone to do the same thing,” she said.

“But if we don't bring to the table the thing that we are particularly good at, then it's a real missed opportunity.”

Women have often been left out of the decision making on climate issues, the marine scientist said.

“And we know that quantitatively that that is making the outcomes worse,” she said.

“When there are more women members of parliament we get more and better environmental policy and its more well enforced and we sign the treaties and we do the things to reduce the impacts of climate change.”

She said the environmental movement could model itself on the Black Lives Matter movement, which has “a lot of people in different cities organising their people in their place, around local policies or injustices”.

“We don’t need one hero, we need thousands of people transforming the places where they live, because if what we need to do is transform our electricity transportation, land use, agriculture, manufacturing, buildings…we need leaders in all of those sectors, in every location.”

“But at the same time, we absolutely can’t wait until everyone 100 per cent agrees on everything, because we’d never get anything done,” she said.

“There also has to be a limit…we have to restore and protect things."