The world’s poorest countries are experiencing a substantially greater increase in hot days and warm nights compared to wealthy countries as a result of human-caused climate change, research shows. 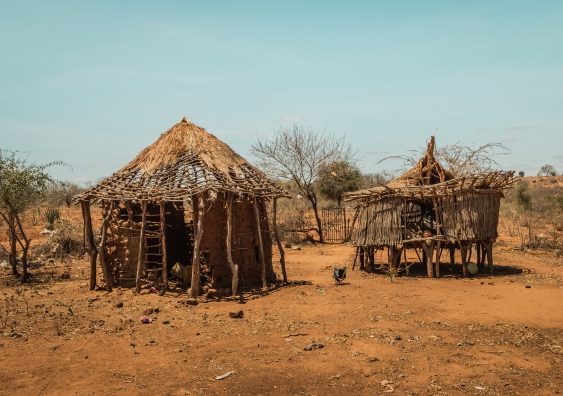 The world’s poorest countries are already paying an unfair cost compared to wealthy nations because of human-caused global warming and have been for over 20 years.

That is the finding of new research published today in Environmental Research Letters by scientists from the ARC Centre of Excellence for Climate System Science, based at UNSW. It shows the poorest countries have already experienced substantially greater increases in hot days and warm nights as a result of human-caused climate change compared to wealthy countries and have consequently incurred far more impacts.

“We know that hot days at the extreme end of the spectrum can have significant health and economic impacts, particularly for those countries that can least afford to adapt,” said lead researcher Dr Nicholas Herold.

The human body can only acclimatise so much before temperatures surpass the physiological limits of our body.

“What we’ve shown is that these hot days have been increasing at a substantially higher rate in the poorest countries compared to the richest countries for more than 20 years. Meanwhile the “free-riding” wealthy countries who have experienced fewer impacts and are most responsible for global warming have quibbled over the money needed to help their neighbours who are already paying more.”

The stark difference in impacts was revealed when the researchers looked at the increase in the number of days that exceeded the hottest 10% of all days recorded for the wealthiest and poorest countries.

They first looked at the average number of extremely hot days from 1961 to 1990 and used that as the baseline. They repeated the process for night-time temperatures.

For the period 1961-1990, wealthy and poor countries experienced approximately the same number of extremely hot days and nights, around 10% (37 days) every year.

If this trend continues unabated, then these poor countries could see hot days occurring 30% (130 days) of each year within the next two decades.

This result is largely due to the location of the poorest nations, which are mostly found in equatorial regions, while wealthier countries tend to be found in temperate zones.

The leaders of wealthy countries, which have contributed the most to human-caused climate change, must recognise they now have a moral responsibility to aid the poorest nations.

When the high temperatures of the tropical regions are coupled with low variability and high humidity, even small temperature increases have big impacts.

“The human body can only acclimatise so much before temperatures surpass the physiological limits of our body. Without the proper infrastructure – which most poor countries can barely afford – vulnerable people living in tropical zones become very susceptible to climate change impacts,” Dr Herold said.

“The leaders of wealthy countries, which have contributed the most to human-caused climate change, must recognise they now have a moral responsibility to aid the poorest nations because their actions put these nations in harms way.”