Opinion As industry lines up to take water from a wild Top End river, trees tell the story of a much drier past

Tree rings are ‘nature’s weather stations’ and reveal far more of the Daly River’s history than scientific records can. 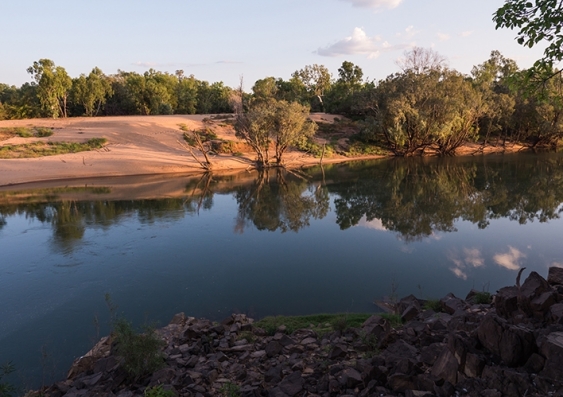 The Daly River in the Northern Territory has enjoyed high streamflows in the last few decades, but history suggests it can't last forever. Photo: Shutterstock

The Northern Territory has some of the most pristine rivers in the world. But amid the big push to develop northern Australia, industries are lining up to take water from these wild waterways.

The agriculture industry – and in particular, large-scale cotton growers – are seeking up to 5.2 billion litres of water a year from the Daly River near Katherine. But our research published today suggests water allocations based on recent gauge data might be too generous.

We found since the 1960s, flows in the Daly have been higher than at any point in the past 600 years. If flows return to lower levels in future, extracting large volumes of water may cause big problems for the river. 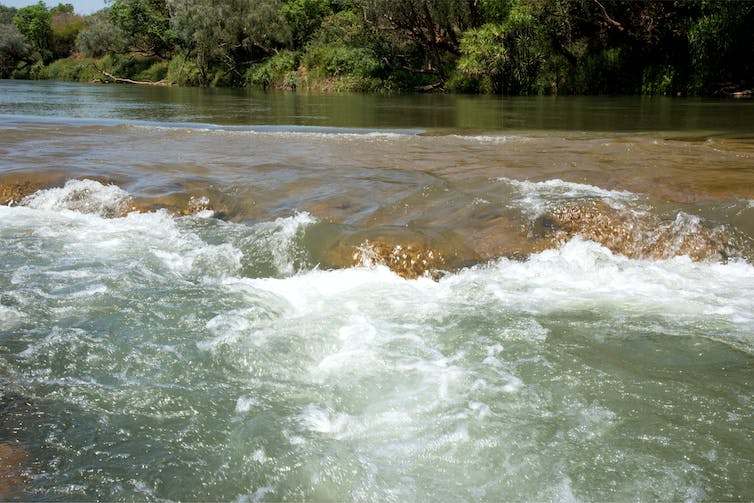 The Daly River has not always enjoyed high flows. Shutterstock

Every year when the monsoon arrives in Northern Australia, rivers spread over the floodplains and sustain a kaleidoscopic variety of plant and animal life.

To sustainably develop the north while keeping river ecosystems healthy, we must get a full picture of high and low flows over time. But in many rivers, including the Daly, we don’t have enough data to do this.

Streamflow gauges have only been in place for the last 60 years in the Northern Territory. However the climate – and subsequent river flows – can vary across decades and generations.

Luckily, tree rings can tell us how the climate behaved for hundreds of years before streamflow gauges were installed.

The rings indicate how old a tree is and what the weather was like during each year of its life. For example, a ring wider than others indicates greater-than-average growth, and might reflect a year of high rainfall or warm temperatures. 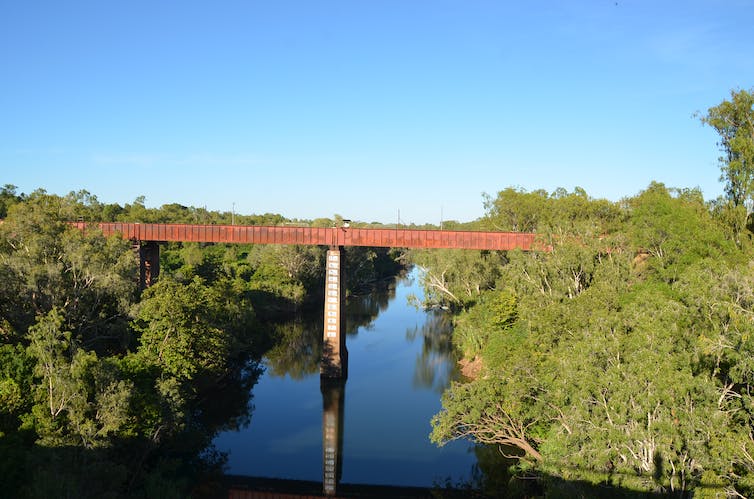 Flood gauges, like this one on the Katherine River, provide data over decades, now centuries. Martin Andersen, Author provided

Tree rings are examined by drilling a narrow hole in a tree to extract a core – a process that does not harm the tree. All up, we used cores from 63 different sites in our study.

We obtained existing cores from Northern Territory trees, then sought to interpret how the tree rings related to past climate changes. Usually, the correlation between tree rings and streamflow can be used to build a model of past streamflow. But the gauge data for the Daly is too short to develop a reliable model.

So we used a new method using much older rainfall data. It meant we could develop a much better and longer reconstruction of the river’s flow.

But we faced another challenge. The oldest Northern Territory tree core we had to work with was 250 years old, but we wanted to look further back.

So we also used cores from older trees in Southeast Asia. These trees also experience monsoon rainfalls and so record similar climate variations.

Tree rings can tell us how the climate behaved before scientific records began. Shutterstock

Our reconstruction showed over that, with the exception of dry years in 2019 and 2020, flows over the last 57 years were higher than at any point in the past 600 years.

This is because more rainfall is falling during the monsoon season than ever before. Records from ship logs suggest the increase is part of a much longer trend which began in the 1800s.

Theories abound about why monsoon rainfall has increased, and include changes in sea surface temperatures and changes to the timing of the monsoon onset. More research is needed into this phenomenon.

However, the increase suggests flows in the Daly River may return to low levels in future. So allocating water to industry based only on data from the past few decades may mean too much water will be extracted and the river’s health will suffer.

Even during these unusually wet decades, we found the annual monsoon - and therefore streamflow – varies a lot from year to year.

In La Niña years, the Daly’s flow is higher than in other years – but during El Niño there is no difference. So, while low flows lead to higher water demand and risk to rivers, we don’t really understand why they occur. 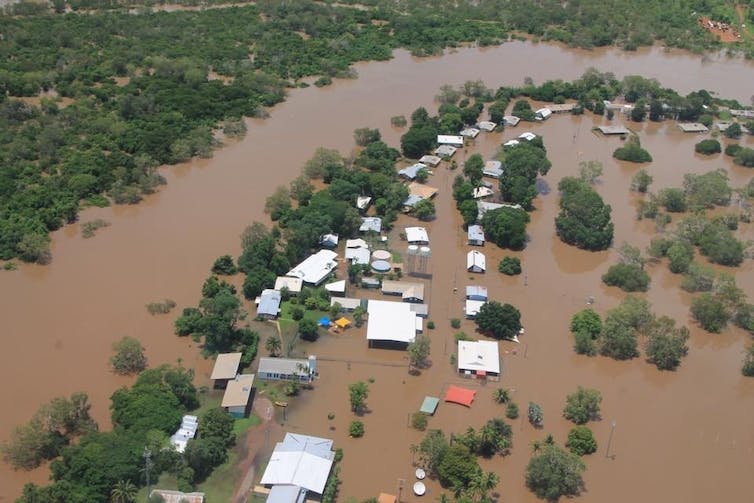 The Daly River has recently experienced higher streamflow than in the past, including this flooding in 2018. Secure NT

Global climate models differ on whether northern Australia will experience higher or lower rainfall in future. So we don’t know if the Daly and other Northern Territory rivers will remain high in decades to come.

Climate models do suggest monsoon rain will become more variable. This means managing river resources in the territory will be even more complex in coming years and needs careful planning.

The proposed water allocation from the Daly River comes on the back of record dry years and much lower wet season flows than normal. And it follows other industry proposals to extract huge amounts of water from territory rivers.

Monsoon rivers are the lifeblood of the Top End. They’re unique, precious and need to be protected. We can’t hold back development, but we can make good decisions to ensure ecosystems are managed sustainably.

Let’s listen to the message of the trees – and make sure these rivers are still healthy in another 600 years.