Inside Out’s five emotions are not a bad reflection of the emotional diversity within our own minds, writes Lisa A Williams. 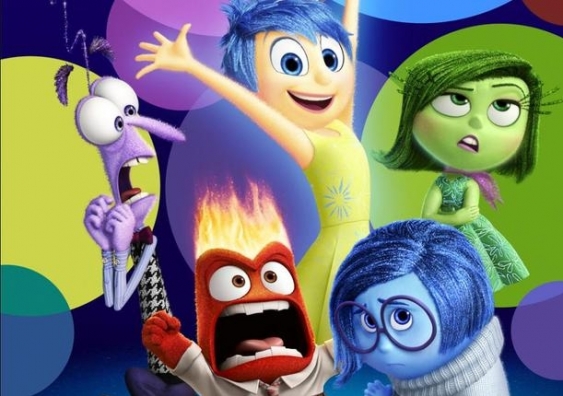 OPINION: Pixar’s new animated feature, Inside Out, is based on a rather straightforward premise: emotions situated in 11-year-old Riley’s brain control her behaviours, help organise her memories and, overall, seek to maintain her well-being.

Which emotions are these? Joy, Sadness, Fear, Anger and Disgust. A few minutes into the film it becomes clear that Joy has the power. The other emotions defer to her, and increasingly so, particularly as Riley’s life is disrupted by a cross-country move. The sole goal appears to be: keep Riley happy!

At the outset of the film, it’s unclear why the negative emotions are even there (aside from comic relief and story arc). Why not just have Joy up there, controlling the reins?

Given that lead emotion researcher Dacher Keltner advised the film team, it’s perhaps not surprising that a diversity of emotions was represented.

Recognition of the need for a diversity of emotions is firmly rooted in “functionalist” theoretical approaches. According to this view, the human affective system developed under evolutionary pressures to aid in the navigation of physical surroundings, and increasingly over recent evolutionary history, social relationships. Basically, emotions help us to survive.

As the theory goes, positive states arise out of situations where there is no pressing demand or threat. As such, positive emotions often promote savouring and relaxation, or curiosity-driven exploration and building of psychological resources.

Negative states, on the other hand, alert us to things that need attention and remediation. Notice a threatening predator? Fear promotes fight-or-flight. Smell something rotten? Disgust prevents ingestion.

Like other systems, the affective system runs most efficiently when things are in relative balance. That is, if any one emotion “over-fires” it’s likely to have negative consequences for adaptive functioning. This is clearly the case with negative emotions, and indeed, excess anxiety, anger, sadness and fear contribute to many mental illnesses and social ills.

There can also be too much of a good thing – literally. Excess happiness, especially over extended amounts of time and in inappropriate contexts, is a key feature of bipolar disorder.

Recent evidence suggests that it’s “emodiversity” that underscores psychological well-being. That is: experiencing a variety of states, both positive and negative, is correlated with mental and physical health.

The evolutionary argument for why we have negative emotions such as disgust and fear is fairly logical. The case for sadness, though, seems at first glance to be tenuous. Why would we need such a low-motivation, negative state, particularly one that is a key contributor to mental illnesses, such as depression?

Support for a functionalist view of sadness is actually quite robust. Sadness serves the function of motivating “pausing and reflecting” during times of loss, which allows for mental accommodation of the new situation and understanding. Sadness can also promote a detail-oriented mindset, contributing to more efficient problem solving.

Interpersonally, the adaptive functions of sadness are even more striking. The expression of sadness (on the face and body, and vocally) elicits social support from others, often in times when that support is most needed.

In sympathy with the functionalist view of the adaptive utility of this emotion, it turns out that Sadness actually saves the day in Inside Out. Only when Joy realises the important role Sadness plays in Riley’s well-being and steps aside, do things turn for the better.

Many Western cultures place a high ideal on happiness. The pursuit of happiness is listed as an inalienable right in the United States Declaration of Independence (alongside life and liberty).

A new social robot, Pepper, which has the sole purpose of making its owners happy, sold out in less than a minute earlier this week. The unavoidably catchy song “Happy” by Pharrell Williams was a smash hit. We constantly hear: “cheer up!” or “grin and bear it”, or “don’t worry, be happy!”

But there are problems with this state of the world. Not only are we pretty bad when it comes to knowing what makes us happy, and actually pursuing it, it turns out that valuing happiness too highly might actually undermine well-being.

Work by social psychologist Iris Mauss and her colleagues suggests that people who highly value happiness end up being disappointed when they’re not as happy as they think they should be when things are going right.

Recent cross-cultural research by Brock Bastian and colleagues analysed data from more than 9,000 respondents around the world. Results suggested that living in a culture that values positive emotion generally has positive outcomes for life satisfaction, a key component of well-being. However, if a person happens to experience less positive emotion in a culture that highly values it, they fail to flourish.

The bottom line is that we, as a society, need to appreciate the diversity of emotional experience. Negative emotions have their place and shouldn’t be avoided (nor should they be dwelt upon).

Researchers engaged in the scientific study of well-being have come to see happiness is a beneficial offshoot of a eudaimonic approach to pursuing a life with meaning, purpose, and mastery.

Instead of pursuing happiness, we should pursue having meaningful relationships, contributing to society, and engaging in self-development. It is through these activities that happiness occurs. Happiness is not an end, or even a means to an end.

It’s worth noting that this is not a new idea. Aristotle built an ethics system and philosophy around eudaimonia. Many non-Western cultures recognise that well-being is promoted by much more than hedonic pursuit of positive feelings.

Without giving away any spoilers, Inside Out comes around to a message that resonates with this. At the end of the movie, 12-year-old Riley has emotionally-diverse memories and experiences. Her emotional dashboard, so to speak, is complex. It’s not ruled by Joy, but instead led by a cooperation and interweaving of different emotions.

On this front, at least, Pixar appears to have gotten it right.

Lisa A Williams is a lecturer, School of Psychology at UNSW.

Having a sense of meaning in life is good for you. So how do you get one?

The problem with merit-based appointments

Can we love happiness? Or do we then risk more sadness?