Scientia Professor Justin Gooding has been appointed inaugural Editor-in-Chief of a new international journal on sensor science, to be published by the American Chemical Society. 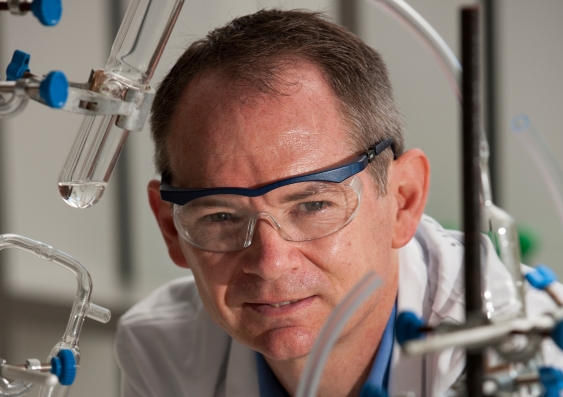 Scientia Professor Justin Gooding has been appointed inaugural Editor-in-Chief of a new international journal on sensor science, to be published by the American Chemical Society.

This is the first time the Society – the most prestigious publisher in the field of Chemistry – has appointed an editor from Australia or from a country outside Europe or the US.

To be launched in 2016, ACS Sensors will include peer-reviewed articles on advances in sensors that have potential for commercial application or to provide new scientific knowledge. It is expected to become the leading publication in this rapidly advancing field.

Professor Gooding, who is Deputy Head of the UNSW School of Chemistry, has an international reputation for his research on surface modification, biosensors, nanomaterials, cell-based diagnostic devices and electro-analysis.

In June he was awarded a prestigious Australian Research Council Laureate Fellowship and $2.88 million to develop a new type of diagnostic device that can measure single molecules or single cells.

This cutting-edge technology will not only be important for biological discovery, but could also lead to the development of biosensors with applications in environmental monitoring, disease prediction, personalised medicine and drug discovery.

Professor Gooding said it was a great honour to be appointed Editor-in-Chief of the interdisciplinary journal ASC Sensors.

“This is an exciting time for sensors with some incredible advances in the field. Now there is a new journal that will give this stunning science a focal point,” he said.

“ACS Sensors is likely to become the world’s leading journal of sensing and sensors. Justin’s appointment is testament to the high international esteem in which his work is held, and to the fantastic achievements of his research group,” he said.

Professor Gooding, who leads an interdisciplinary team of 40 people, is a founding Co-Director of the Australian Centre for NanoMedicine and node leader for the ARC Centre of Excellence in Convergent Bio-Nano Science and Technology.

He won the Eureka Prize for Scientific Research in 2009 and the NSW Science and Engineering Award for Emerging Science in 2013.